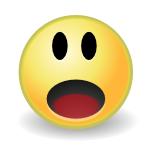 As mentioned in previous Blogbook posts, when I launched this site on July 29th, 2010, I thought the number of comments received could be used to assess the amount of visitor traffic. It took two-and-a-half months for me to figure out (because I was told) that less than one in 200 visitors will take the time to leave a comment. Imagine my surprise.

On October 14th, 2010, I installed a Count-per-Day plug-in to track the number of visitors and what they read. That solved the problem of collecting the data, but assessing it is up to me. I’ve tried to determine, for example, which posts attract the most attention, and if one category of post predominates. After almost ten-and-a-half months, I can report not knowing much more than when I started. That’s not to say I don’t have lots of statistics, just that drawing conclusions has proven to be an elusive objective.

To the best of my knowledge, I have no way of determining if anyone has signed up for an RSS feed to automatically inform them of posts as soon as they are published. One of the first “tactics” I used involved social networking through Facebook. I’d update my status with a shortlink to the post, wait awhile, then check the visitors-per-post count for that day to see if anyone had noticed the most recent one. It soon became apparent that it didn’t take long for the count to register interest, which was encouraging.

My initial philosophy for the blog was to frequently post new content, which has proven to be a key factor in creating online visibility. Activity on the site draws visitors, pure and simple. Rapid turnover, however, quickly shoves earlier posts farther down in the chronological “stack,” and might have an undesirable effect  by “pushing” posts off the front page before visitors have had the chance to find them easily.

I became aware of this by reading the blog of a well-known writer who always leaves his posts up for a week or longer before adding anything new. It probably takes that long for his thousands of fans to read them. And while that certainly doesn’t apply to me, it gave me an idea.

What if I used the daily count for a new post to determine when interest in it had waned? My post immediately prior to this one is a case in point: “A Very Close Call” in the Single Ship Logbook.

Ten hours after publishing it, the post had 19 visitors. Over the next couple of days I looked at the daily visitor count for that post, and when it dropped off (this morning), I had something new prepared to rejuvenate the “interest” quotient as best I can.

A recent enhancement to the objective of encouraging visitors to spend more time on the site comes from my friend and fellow writer (also known as “Wonder Woman”) Deanna Roy. She sent me an email earlier today which said:

You don’t appear to have discovered the new blog trend, which is to have links automatically inserted at the end of each post sending you to others like it, calculated based on key words and tags. See how it works here on my blog. See the boxes at the bottom? I didn’t do that. The plug in did. Get the free plug in here.

I’ve groused at Deanna about keeping “secrets” much too secret rather than sharing them in a timely manner, but I’ve only got myself to blame for being lost in the wilderness about half the time. The cool thing about this plug-in is that as soon as a visitor gets to the end of a post, links to five other posts are presented with a “you might also be interested in” message. The visitor has to make it to the end of the post to have the option, of course, but that’s my problem, not Deanna’s.

After a few day’s worth of experience with the plug-in, it’s apparent that getting full benefit will require some tweaking so that the topic of the suggested posts has a bit more relevance to the one with which they are linked. And to accomplish that, I’ll need to get smarter on the use of key words and tags. It seems as if every time I learn something new, I become aware of how much more I don’t know.

This entry was posted in Blogbook and tagged blog, count, day, linkwithin, per, post, traffic, visitor. Bookmark the permalink.