Posted on September 7, 2011 by Tosh McIntosh

So you’re a writer, and you’ve had this dream of being published. Maybe it began years ago and took a while to gain enough traction for you to sit down and begin putting the words to electronic paper. But you finally do, and quickly discover that you had no clue how hard it was going to be. And then one day all the false starts, multiple revisions, doubt, and frustration fade into history as you gaze at the last page of a story that works. And it feels really, really good.

Now it’s nothing more than a matter of finding a literary agent. You have to do that because the time has long since passed when any of the Big 6 publishers will accept unsolicited manuscripts. Agents serve as the gatekeepers by passing on to publishers what are known as the “two-percenters,” a term that refers to a harsh reality: 98% of submitted material never makes it into print.

But your novel is going to succeed, so you do your homework, ensure the manuscript is formatted correctly, write a killer query (cover) letter, comply with the submission requirements of each agent that research has shown might be a good fit, and begin sending out your precious story.

A few months later, you’re sitting at your writing desk staring at another in a long series of form rejection letters, all of which appear to have been written by the same idiot who completely failed to appreciate the magnificence of your manuscript. What is wrong with these people? And before too long, you are forced to admit to yourself that the answer is, Nothing.

Unwilling to accept defeat, you haul yourself out of the rejection doldrums and begin again. Maybe it’s a new story, or the same one revised to address issues you have come to accept as problems, but finally you are ready to reenter the fray with the new, improved manuscript that has bestseller stamped all over it. And if it weren’t for that same idiot writing all the rejection letters, you would finally reach your goal of becoming a published author.

For most writers, this roller-coaster ride requires multiple trips to the front of the line. And when you’ve finally had enough, you either quit for good or decide the time has come to self-publish your novel. In the not-to-distant past, this decision has always been painted with the stigma of “vanity” and the scarlet letter “D” for “desperation.” But the times, they are a’changin’. You don’t have to be a writer to recognize the ongoing fundamental changes in the publishing industry. Maybe you’re a steadfast print book advocate who wouldn’t hold an e-reader, much less own one. Or maybe you reside at the opposite end of the continuum, own the very latest e-reading device, wouldn’t be seen without it, and you don’t plan on ever buying another print book.

Chances are, however, that you’re somewhere in between those two extremes, and what you read and how you read it is situational. You curl up with a print book in the evenings at home, but prefer to carry your e-reader with you on trips, or while sitting in waiting rooms, or lounging outside at the beach or by the pool.

If you are also a writer, and especially one who is a veteran of the “query wars,” your reading preferences take on an entirely new meaning because they relate directly to whether you are willing to consider self-publishing your book and how you will go about it. 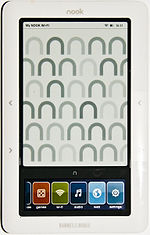 Maybe you need to be convinced that the “seismic shift” and resulting ebook tsunami are real. For the purposes of this post, I can assure you that agents and the Big 6 publishers are seeking higher ground. Given that conclusion, the next step is to decide how you will enter the arena so that your novel can compete in the new marketplace.

As described in numerous previous Writer’s Desk posts, for the past few months I’ve been preparing for what I believe is inevitable, that in spite of having reached the point of agents requesting additional material in response to my query letters, the last of my full and partial manuscripts under consideration will ultimately be rejected.

Of all the milestones passed in this journey, yesterday’s will not be soon forgotten. I opened a cardboard UPS mailer and removed the first proof copy of my novel. For years it’s lived in my head, on a computer screen, and in hard-copy manuscript format that I could actually hold in my hands, but this is completely different.

It’s a real book. It looks like a book, feels like a book, and as noted by “Charles,” one of comedian Dave Gardner’s most memorable characters, it’s filled with words.

How cool is that?

2 Responses to Indie News – A Special Kind of Thrill