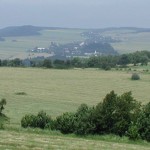 As mentioned in previous Blogbook posts, when I launched this site on July 29th, 2010, I thought the number of comments received could be used to assess the amount of visitor traffic. It took two-and-a-half months for me to figure out (because I was told) that less than one in 200 visitors will take the time to leave a comment. Imagine my surprise. On October 14th, 2010, I installed a Count-per-Day plug-in to track the number of visitors and what they read. That solved the problem of collecting the data, but assessing it is up to me. I’ve tried to … END_OF_DOCUMENT_TOKEN_TO_BE_REPLACED 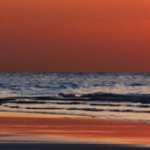 My original intention for the Visitor Stories Logbook was for it to serve as a kind of “guest blogger” destination where thousands of my avid fans would queue up for the opportunity to share aviation-related interests and experiences. That hasn’t happened, of course, although three writer friends responded to my pleas for content very soon after I launched the site, and their stories exceeded my expectations. In the wake of that initial activity and without receiving any additional input from others, I soon decided to expand the purpose of the logbook by publishing aviation stories of interest to me that … END_OF_DOCUMENT_TOKEN_TO_BE_REPLACED