If the title of this page is black, and/or you see the fighter-pilot header, click on the title to view the featured-image header.

At the end of a previous post subtitled as “Tosh’s Book Cover Gallery,” I noted the titles of three novels currently in work with my interior and cover designs. One of those is within a few days of publication on Amazon in paperback and digital formats.

I’ve had the privilege of participating in the Novel-In-Progress—Austin writers’ group with Sharon Scarborough since 2005, and we have supported each other through multiple revisions on multiple manuscripts. When Sharon asked me to assist with production of her debut novel, I gladly agreed, and we’ve been dealing with all the individual tasks required since late July of this year. Sharon moved from Austin to Murray, KY before we got very far into production, so most of our collaboration has been handled through emails and Skype sessions. I hate to think of how much more labor intensive it would have been using a telephone and snail mail.

But we made it, and I’ve often said that holding in my hands for the first time the print edition of someone else’s novel that I’ve helped produce is almost as thrilling as if the book were mine. The explanation, of course, might well be that in a sense, it is.

Here are 3D versions of the front and back covers of the paperback edition of:

A PROMISE OF WATER by Sharon Scarborough 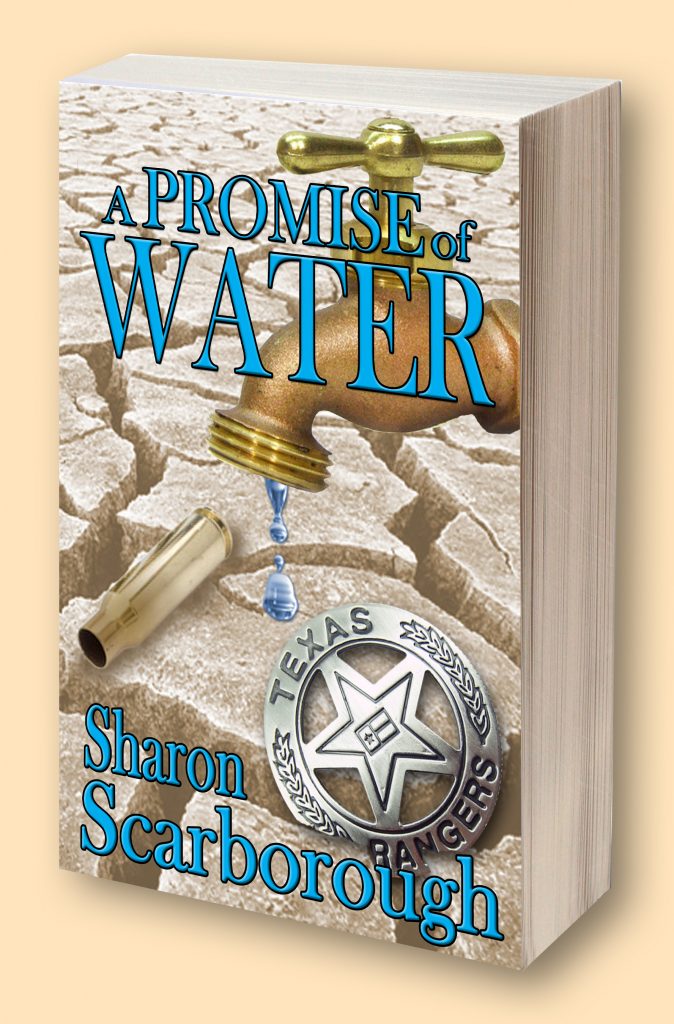 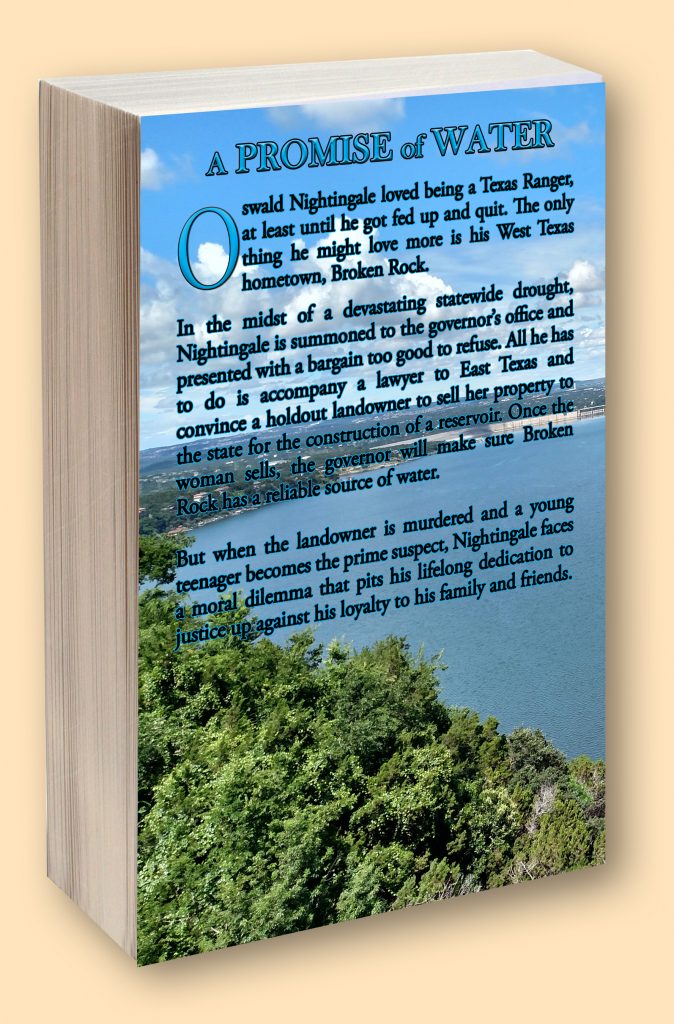 This entry was posted in Designing. Bookmark the permalink.