If the title of this post is black and/or you see the fighter pilot header, click on the title to view the featured image header and continue reading.

There’s a saying about fighter pilots, probably originating from their collective ability to make fun of themselves, that a fighter pilot “wears a big watch, has a little ________ (insert your preferred term for the male sex organ), drinks scotch and water and is always looking for a place to cash a check.”

All kidding aside, every flight briefing during my twenty-plus years as a fighter pilot began with a time hack because coordinating what multiple aircraft did on the ground and in flight was most often based on TOT, or time on target. As a flight leader, you began with TOT and worked backward to establish the time at which each key portion of the flight needed to occur, and the front end of that sequence was briefing time.

I’d been in Vietnam on my first combat tour about three months when, in a very poor imitation of  English as spoken by an Oriental, the flight leader of a four-ship (with eight guys in the briefing room) gave a time hack something to the effect of, “Ah so, Seiko say time oh eight thirty on my mark . . . hack.”

Huh? What’s this Seiko business? That caused a brief delay as we all had to take a look at the flight leader’s new watch. He’d purchased it in the Base Exchange (BX) the day before, and none of the other seven pilots had ever seen one.

The BX at Cam Ranh Bay was a busy place because it served as a primary diversion from the isolation that affected thousands of Americans living on the base in a foreign country at war. Electronics sold at much lower prices than in the States fueled the pastimes of choice. We all stayed connected to the BX grapevine, which responded instantly whenever a new shipment arrived of cameras, amplifiers, receivers,  turntables, cassette players, tape decks, speakers and, of course, watches.

The F-4 had a wind-up clock on the instrument panel, known as an “eight-day clock.” You could adjust it to the time on your personal watch and use it in flight, but they were notoriously unreliable. Probably because they were always over-wound. You had no way of knowing how many days it had been since the last pilot wound it, so as a matter of routine and just to be sure,  you would always crank in a couple of turns on the stem. And to be super sure, you always wore your trusty and carefully hacked Seiko.

A more sophisticated pilot among us eschewed wearing a Seiko and chose a far more expensive timepiece. He appeared for briefing one morning wearing a behemoth gold Swiss Rolex Oyster Perpetual GMT on a custom gold band. He’d bought it from a jewelry store the city of Cam Ranh Bay. The thing looked like it weighed close to a pound.

I couldn’t find an image of the watch as I remember it, but the examples below display the significant individual characteristics: rotating bezel indicating 24-hour Greenwich Mean Time divided into red and blue halves and a solid gold case rather than stainless steel. 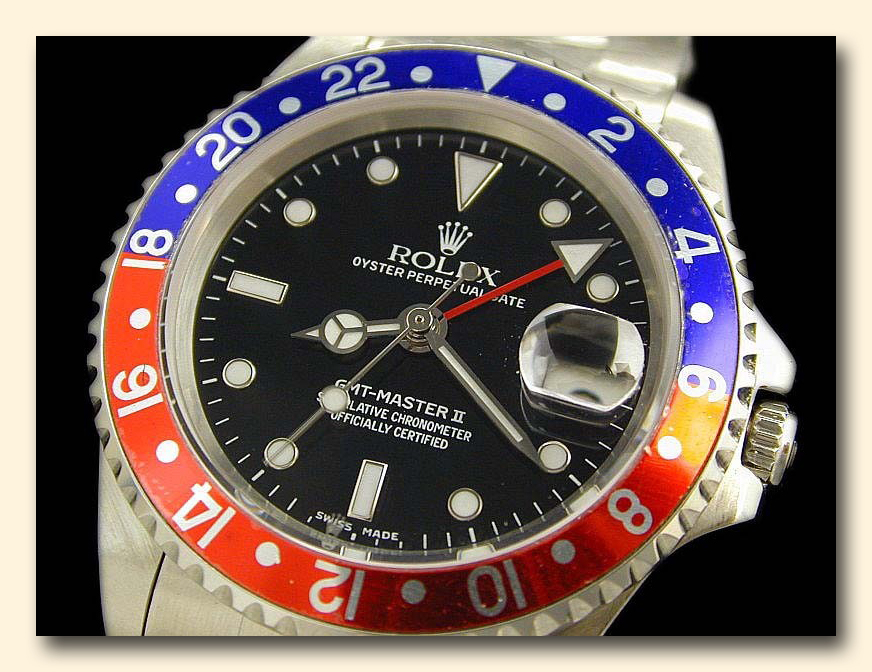 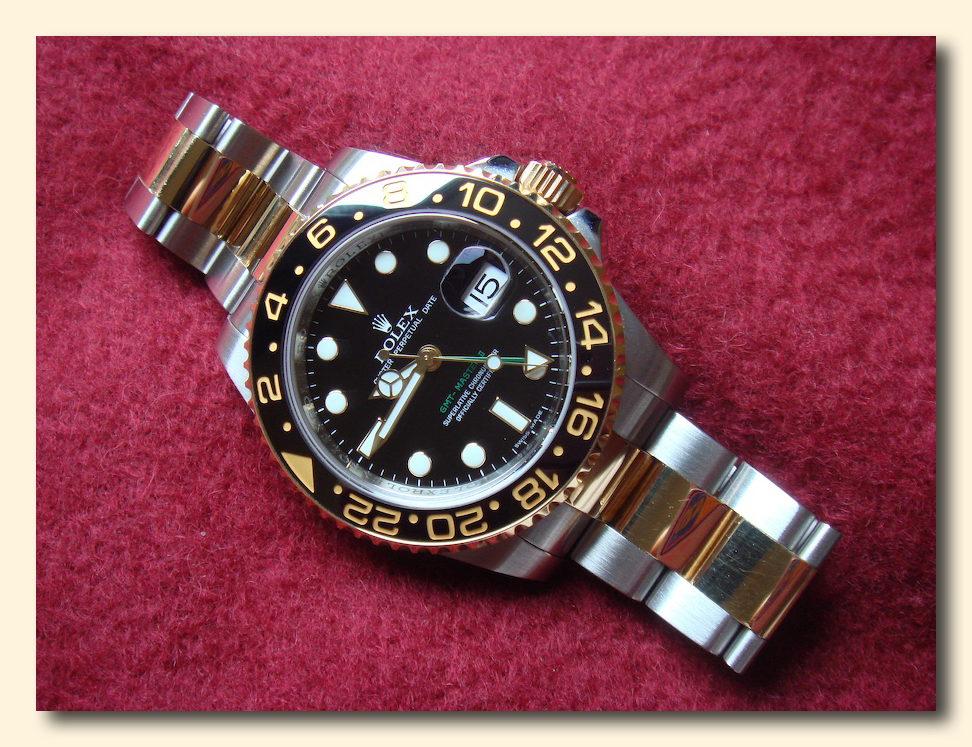 We were all marveling at his extravagance, and I noticed a slight discoloration on the date. It looked like a bit of rust. I mentioned it and then another one of the pilots dropped the bombshell by suggesting that our squadron mate had purchased a fake Rolex. His clue? Movement of the second hand.

When I began this post I couldn’t remember whether smooth or incremental movement of the hand provided the telltale, so I Googled it and found this, supposedly from a genuine Rolex technician:

Most Rolex watches – and EVERY Rolex marked “Perpetual” should have a mechanical movement. That means that the watch is powered by a mainspring, and the spring is wound automatically as the watch is worn by the movement of the wearer’s arm (hence the “Perpetual” designation). These watches do tick – but they do so very rapidly so that the seconds hand appears to move almost continuously – if you look very closely you’ll see that it actually moves in very small but discrete increments. Many fakes have quartz movements that are powered by a battery. In these fakes, the second hand jumps once a second and moves 1/60th of the way around the dial with every jump. However, some fakes do have mechanical movements that also tick rapidly much like the genuine Rolex. So, looking at the movement of the seconds hand may not be conclusive.

In this case, the jeweler had pulled a fast one and sold fake innards in a solid gold package.

And now, almost fifty years later, I’ve been informed by one of my best friends, a college buddy and roommate in USAF Undergraduate Pilot Training, that neither Seiko nor Rolex makes the perfect watch for a fighter pilot. Here’s the real scoop:

A typical stereotype is that fighter pilots always have a big watch. In many cases, that is quite true. However, we have stumbled upon the best watch a fighter pilot could ever own. It tells the correct, local time, automatically, no matter where you are in the world and it’s so ingeniously simple. 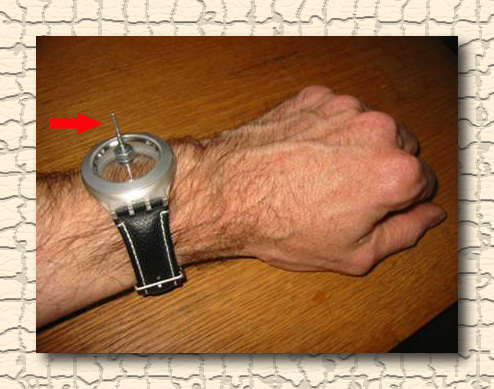 Here’s how it works: Go to a pub or bar and buy a beer.  Push the receipt on to the pin on the watch. To check the time simply read it from the receipt.

To adjust the time, buy a new beer and it will now  be showing the accurate, current time once again.

The watch looks great, very stylish and it’s the product of amazing engineering. But one of the most kickass things about it is that people will want to buy you a beer just to see how it works.

How cool is that? Wish I’d thought of it, although it probably wouldn’t work very well in a flight briefing.