When I first began the task of writing a novel, I didn’t think much about the kind of ending I wanted. A tragedy would be too depressing. Fairy tales didn’t interest me. Somewhere in between those extremes lay a far more satisfying possibility, best described as bittersweet: adjective: (of food, drink, or flavor) sweet with a bitter aftertaste; (of memories) arousing pleasure tinged with sadness or pain.

Neither of these definitions apply directly to storytelling, but writers borrow words and re-define them to suit their purposes because they are wordsmiths. See? I did it again with blacksmith: noun: a person who makes and repairs things in iron by hand; a farrier.

Whatever the story ending turned out to be, I knew exactly where I wanted readers to experience it: in hardcover, bought in a bookstore. That’s where legitimate authors sell their stories. On the shelves, not from the trunks of their cars traveling from town to town begging bookstore managers for the opportunity to set up an easel on a table and do their best to lure passersby with a smile and proffered handshake.

For a very long time, that’s been the dream. Get an agent and a contract from a major publisher. Many writers who have made it will tell you that failure to accomplish this goal is proof enough of unworthiness. Those struggling to join the exalted few could only accept that as reality and persevere. If you don’t succeed, it’s because you don’t deserve it.

The problem with that attitude, of course, is that it isn’t true. The old guard collaboration between agents and the Big 6 publishing houses has a dismal track record predicting what readers want. Less than 20% of books published earn out the initial author advance, and 40% end up as “remainders” to be sold on the bargain tables or fed into the maw of pulping machines. How legacy publishing can be proud of that is beyond comprehension.

Over the past seven months, I’ve been giving the legacy option one last valiant effort. And for only the second time in years of struggle, I’ve received requests from agents for full manuscripts. Rewarding as that is, subsequent “No thank you’s” contain a heavy dose of discouragement. To be told that it’s not a reflection on my writing or the story, but that my novel doesn’t fit with what the agent is looking for at the moment, or the agent couldn’t generate the necessary excitement to place it with a publisher, none of that helps ease the sting of rejection. That, obviously, is the bitter.

For the past couple of months, I’ve been waiting for response from the last agent with a full manuscript who replied to a “nudge” by saying that she remains “very interested” in my novel. Fueled by the possibility, however slim, of receiving an offer of representation, my patience has remained steadfast until a few weeks ago when the “sweet” finally convinced me to withdraw my novel from consideration.

No longer the realm of vanity, self-publishing has earned it’s rightful place in the sun because in ever-increasing numbers, established authors with substantial success in the world of legacy are taking personal control of their futures. That they are joining hordes of unwashed masses is of no concern, because in spite of what legacy publishing has long maintained, passing through the agent/publisher filter is no guarantee of quality, nor is it a reliable indicator of what readers will buy.

Readers do that by voting with their pocketbooks, and it may well be that few will cast such a vote for my novel. I have no illusions about my chances for success, however I may define it, only that whatever happens isn’t dependent on anyone else. As always, it begins with a good story well told that will appeal to a potential audience. If I haven’t fulfilled those requirements, I don’t deserve their votes.

And the harsh reality is that whether legacy or indie published, many books worth reading languish in obscurity because the first criteria is so hard to satisfy. Without discoverability, a novel can’t gain exposure. Without exposure, traction remains an elusive condition.

The novel is almost ready to publish. I need a few final readers to help scour the pages for those pesky little errors that so easily escape detection when you can almost recite the story from memory.

In previous Writer’s Desk posts, I’ve compared the journey to legacy success as climbing a ten-step ladder. I just abandoned the effort at step number eight, and now face a stairwell of a different sort.

It’s far from sufficient to offer a novel for sale on Amazon, Barnes & Noble, and iBooks. Few readers visit their cellars, and the only way out of the pit is to achieve sales and receive some complimentary reviews. The next big unknown awaits. Marketing. 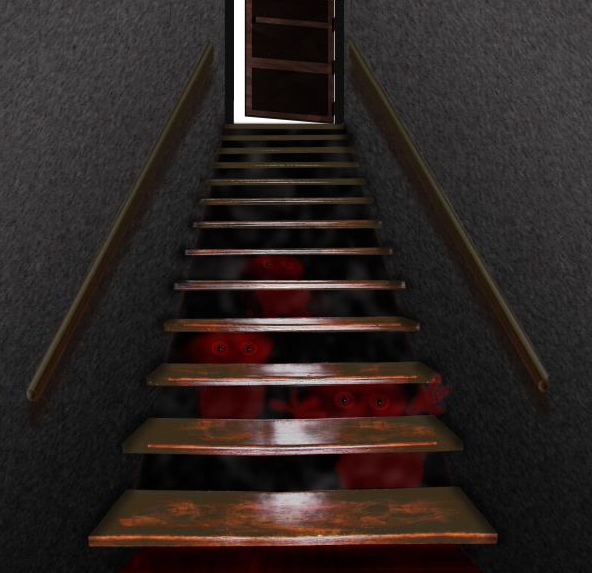