“New” Publishing and the Unknown Writer

I participate in two writers’ groups, the smaller of which we refer to by the extremely inventive and original name of “Little Group,” or “El Gee.”

Last evening El Gee met to discuss the topic of “new” as opposed to “legacy” publishing. I’ve compiled a research document with information mined from the Internet, and we used it to help guide the discussion. This morning I woke up with the irresistible desire to revise and extend my remarks in what a good friend and fellow writer has referred to as The Gospel According to Tosh.

There’s both a humorous and somewhat serious component to the label, which relates directly to my tendency to wax eloquent at the slightest opportunity. Sometimes I fail to notice the glazed eyes and fidgety body language of the prisoners at the table. To all who have suffered such confinement, I apologize. 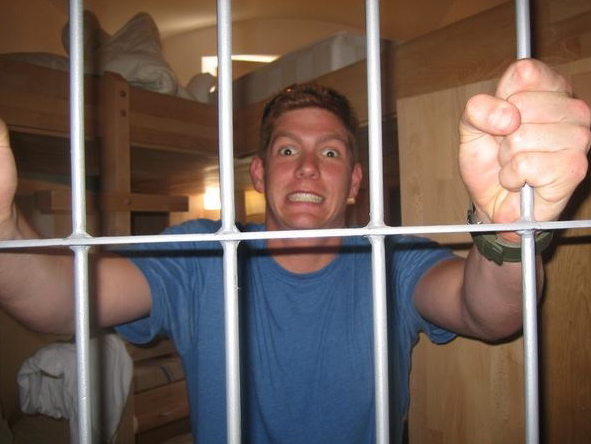 But right at this moment, assuming no one yanked you away from what you really wanted to be doing, plopped you down at your computer, and demanded that you visit my blog and read this, I’ll take the opportunity to share a few of my observations. Please note that I do not consider anything here to be revelatory.

Much of the information complied in my research document is nothing more than smart, knowledgeable, and well-connected people within the publishing and writing community discussing what has happened within the industry and why. I find that fascinating simply because I want to understand the dynamics of the change, but it’s important to note that putting all of that in the document is analogous to writing a novel front-loaded with backstory. It has a purpose, maybe, but a limited one in terms of what happens now, unless a writer isn’t convinced that new publishing has actually arrived and will stick around and be the dominant environment for books in the future. Assuming that all of us are convinced and don’t need persuading, our attention should focus on the question of how each of us intends to participate in the new world of publishing.

First and foremost, nothing in the document or in our discussions means anything without the existence of a book that more than a few people will want to read. No audience means no sales no matter how careful we are with formatting and editing and cover, etc. And that reality is the biggest initial hurdle, because without having established a name for ourselves and our book or books, we have no reliable way of determining if there’s a market and how large it might be. The only way to find out is to — well duh — get it out there and find out. Pretty simple, but now it gets complicated.

The experts who contributed to the document emphasize that indie authors absolutely must understand the harsh reality of what they have taken on, and that’s running a business. Dean Wesley Smith calls his series “How To Think Like A Publisher.” This can’t be stressed enough. And like any business, it takes start-up capital. But unlike most other businesses, that capital can be invested with the author’s blood, sweat and tears.

You can publish an ebook and a trade paperback without spending a dime by doing everything yourself. Your investment now becomes one of time and effort, assuming that you have the aptitude for learning the all-important task of formatting the manuscript and designing the interior and the cover. Kindle and Smashwords provide step-by-step guides to assist. I haven’t confirmed my understanding of this as yet, but I think that these basic do-it-yourself methods create a fairly plain book, and to jazz it up and make it stand out you have to know more than the guides tell you.

If you don’t want to tackle any of that and don’t have any spare change lying around to invest in your book, you can look at Kickstarter to fund the initial start-up. (See Bransford’s guest blogger’s explanation of how that works).

If you’re willing and able to spend your own money to launch your book, you can choose the level of assistance you get from Kindle and Smashwords or one of the many independent experts providing turn-key services for a flat fee. The author of a book labeled as “the definitive guide to formatting a Kindle book” lives right here in Austin, and you can hire him to do it for you. According to reviews of his book on Amazon, he’s very open to questions from those who have purchased his book. It’s excellent customer service after the sale, so to speak.

Unlike the efforts of many indie authors out there, everything I’ve read suggests that you cannot ignore the importance of first impressions. Cover, interior design, copy (and maybe content) editing are essential so they don’t get in the way of potential readers buying your book. As with preparing a manuscript for submission to agents, writing is not about formatting, but your objective should be to ensure that nothing you do makes it about formatting. You want it to attract, or at the very least, invisible and neutral.

Even if you do all of that and end up with a beautiful cover and interior layout and there’s not a single formatting glitch or typo, your book won’t sell if no one knows about it. Marketing is the key, and like being a publisher, you must think like a publicist and use the power of the Internet to reach out to your intended audience. Readers won’t initially come looking for you or your book, and the only way to change that is to prepare your marketing platform in advance so that when your book hits the “bookstore” you have a core group of readers (Seth Godin’s tribe) to help you get started so the viral nature of social networking can begin to work. 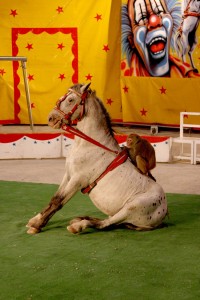 One of the most salient conclusions I’ve drawn from reading all the material relates not to whether a successful legacy writer moved into ebooks or vice versa, but that most (if not all) of the examples involve commercial genre fiction that lends itself to a series. That is a dominant factor in attracting readers who want to follow the continued exploits of a main character, and success appears to be joined at the hip with multiple books published at relatively short intervals. Neither legacy or new publishing is looking for a one-trick pony.

That brings me to an issue that I think faces all of us (although less so for me than the other members of El Gee). I’m the only genre writer, and if (when?) I make the decision to go indie, my plan is to simultaneously (but with staggered publication dates) offer the mystery/thriller series Pilot Error and the future fiction series Oasis.

I haven’t researched this for myself because it doesn’t apply, but I wonder to what degree writers of literary fiction have embraced new publishing. My point is that you need to know which authors are players and how they did it. If you don’t find many (any?), you may be breaking new ground. That in and of itself is both a challenge and an opportunity to be there first.

Here is where keeping your finger on the pulse of new publishing becomes not a matter of what has happened and why, but what is happening now. Dean Wesley Smith’s post on how to use the concept of the gift card to promote your book, for example. Others address how to: package your books best with your choice of title and cover design, market them (buy one get one free!), price them to attract readers who will then help create a buzz that will attract other readers, use coupons and promotions, network with other writers, guest blog so another blogger’s readers are introduced to you and your book and vice versa, and the list goes on.

There’s no question that writers have been freed from the tyranny of legacy publishing, whose monopoly on printing and distribution has been broken. But it’s not a gift. Writers have to climb out of the dugout, step up to the plate, and swing at the ball. Absent that, there’s little difference between our novels languishing on our hard drives or sitting in obscurity in the Kindle store. It’s up to us to make it happen.

At the end of our meeting, the question arose about what I intend to do in the remote event that I manage to get an agent and end up with a legacy contract offer. Here’s  a “first draft” prediction: