Two previous “Kool-Aid” posts have chronicled my frustration with trying to get a new Apple TV2 with Netflix streaming capability to work as advertised by both companies. If you haven’t read either of these and would prefer the short version, it’s this: they lied.

Over the past few weeks, I’ve wasted precious moments of a life that has used up more minutes than it has remaining by trying to identify the source of the problem and fix it. Two conversations with Apple support and two visits to the “genius bar” in the local Apple Store have finally convinced me that to drink any more of this Kool-Aid is to admit a masochistic addiction to self-mutilation.

Someone on a support forum suggested that we all file a “bug report,” so I did that to complain about a corporate attitude that ignores both the customers and the problem. For all the good that will do.

I made the latest and last visit to the Apple Store for a genius-bar appointment with my cute little ATV2 hockey puck in my hand. Being early offered the opportunity to watch the spring-break crowd in frantic excitement over the latest iwhatever that we all supposedly can’t do without. The image of a shark feeding frenzy came to mind.

At one point I held my ATV2 up close to my face and pretended to text with it. A few bystanders actually showed interest, like, “What is that?” In retrospect, I’m sorry, but the Devil made me do it.

Unlike the first genius I talked with a few weeks ago, this Einstein of the Apple World had canceled his cable service and bought an ATV2 and planned to rely on it for streaming. He was personally familiar with all my frustrations and mentioned that Apple has not communicated with their technical support folks what, if anything, is being done to address the issue.

The most recent update didn’t cover it, and in fact triggered a problem with video freezing no matter what the source content is. In fairness, it 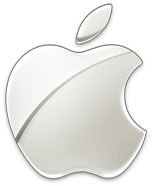 The genius offered to test the unit, of course, but admitted up front the futility of doing that. When I said, “So what I’ve got here is a doorstop that’s too light to even do that job well,” he replied, “I feel your pain.”

From what I can tell, the entire Netflix/ATV2 pause/buffering issue is just a mystery. And as far as we know, they have no detectives to assign to the case.

Maybe ATV2 users should petition Apple for a Special Victims Unit so we don’t end up in the cold case files?