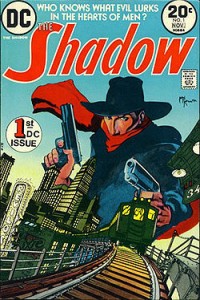 The blog known as “The Shadow” continues to follow me around. Like a shadow. But that’s true even on cloudy days, so what’s up with that?

The answer to this question is very simple: it’s become a part of me, and somewhere in the back of my mind I remain connected to it even when concentrating on other things.

My original assumptions shortly after installing the Count per Day plugin remain unchanged. Frequent additions to content generate visitor activity, and in the last few weeks, links to this site have appeared on other sites for the first time.

I mentioned one example in a previous post in which another participant in the Amazon Breakthrough Novel Award Contest quoted part of my post on the statistical chances of winning. The second instance occurred more recently with my Visitor Stories post “Koga’s Zero” by Jim Reardon. Within 24 hours of publication, seven different websites “found” the post and connected to it with a “continue reading” link to the specific page for that post on this site. All of these sites had to do with the Alaskan Archipelago, the official name for the islands of the Alaska Panhandle, also known as the Aleutians, where the Zero crash landed during WWII.

This status report is post number 173. Number 174 is “in the holding pattern” for the Writer’s Desk Logbook and will revisit the topic of handling point-of-view in fiction with “Grenade in the Room – Part 6.”

The following screen shots were taken this morning. To view them in closer detail, click on the image, then use your back button to return to this page. 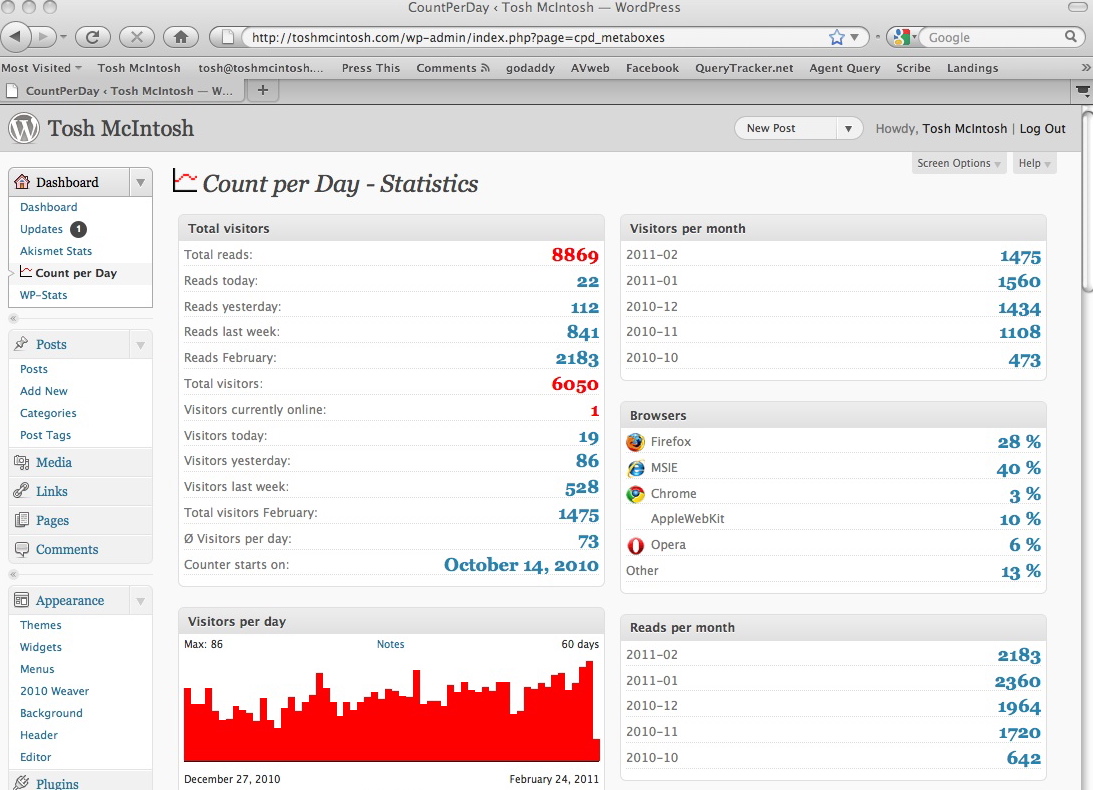 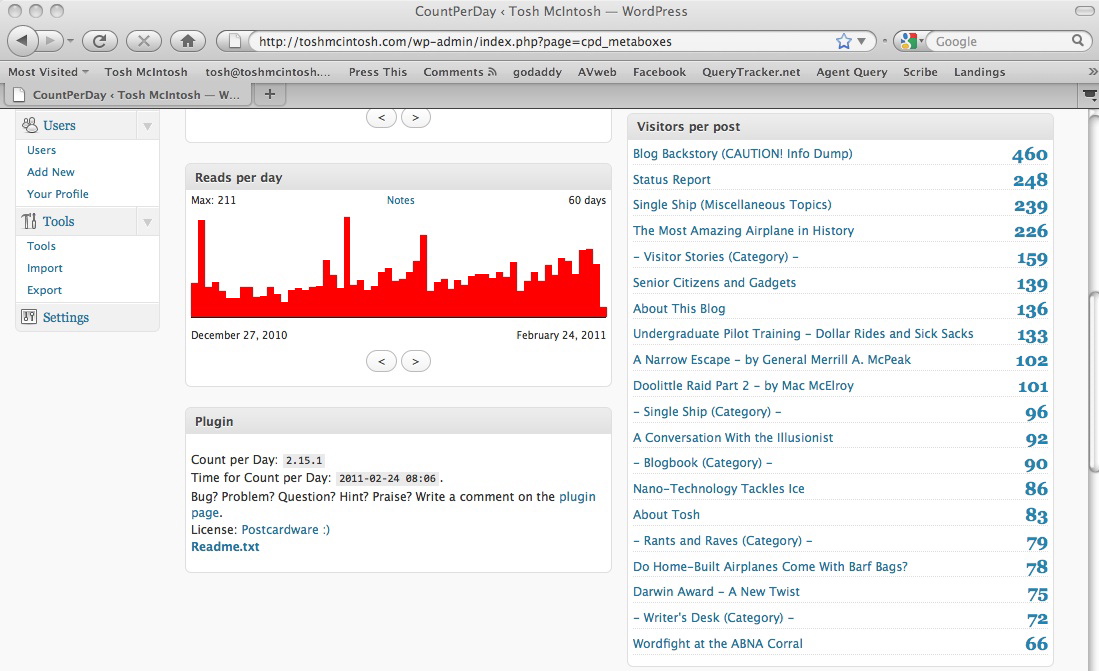 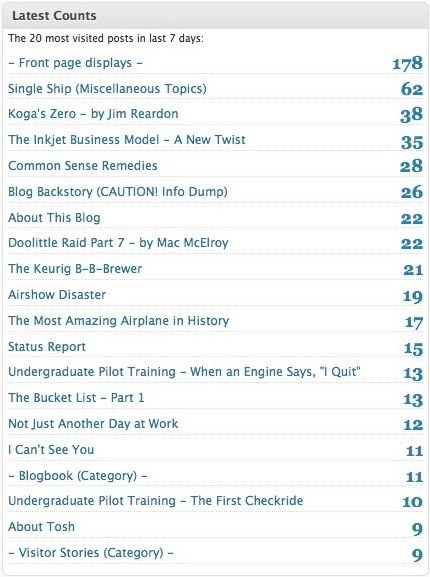 “Front page displays” refers to the Home Page, and the numbers continually indicate that most visitors initially arrive there as expected.

“Single Ship (Miscellaneous Topics)” refers to the “about page”  for that logbook (or category) that explains what posts in that logbook are about.

The post titled “Blog Backstory” continues to rack up the visits and remains the most popular post on the site. I still have no idea why.

“- Blogbook (Category) -” refers to the archive where all posts for that logbook are shown in excerpt form with links to the full text version.

In the past few weeks, I’ve noted an interesting development in the operation of Akismet, the spam filter. As of this morning, 1,924 spam have been caught, most of which I never see. Some get through, but they are all held in a spam queue for evaluation. The numbers appearing in the queue have recently increased, and the vast majority of these are in a language (or languages) I cannot identify.

I realize that most of this junk comes from automated systems that pump it out by the millions worldwide every day, and the source behind it cares not if it arrives at a site whose moderator can’t even identify the language, much less understand it. But my curiosity still wonders why now, 10 or so per day, in these one or two languages?

Maybe I’ll sic The Shadow on the mystery and get to the bottom of it.