ABNA Round One Aftermath

My friend and fellow writer Deanna Roy warned me about the forums associated with the Amazon Breakthrough Novel Award. I think her caution was not to participate by adding any comments. If I’m wrong about that, and she said, “Don’t even go there,” I’ve already ignored that advice.

The first thread I visited began with the following comment: I didn’t make it. I think the fact that this award’s first round was based on the ‘pitch’ and not the actual writing abilities tells me this is not an award for serious fiction. One would think that an award would be given to those who write good literary fiction. No sour grapes here, but if you look at the previous two years’ winners, you would see that their books were not serious literary fiction (but detective novel types).

I don’t know about you, but in spite of the writer’s words, that sounds really sour to me. The rules were clearly established well in advance, and the contest was good enough for the author of this comment to enter. But now, using only the pitch to determine who advances past Round One is flawed because it tells the judges nothing about the entrant’s writing abilities. And, by the way, this whole deal isn’t really for serious writers. Which the commenter is, of course. The next six comments:

You people have missed the point! The whole contest is not to select a winner but to get 10,000 folks to self-publish using Create Space. There is a winner, Create Space.

That was my thoughts too [I love the displayed mastery of grammar!]. I think this is not an award – but a publicity stunt where Amazon, Createspace and Penguin get free publicity with all the hype.

ABNA is a worthy award to receive and a worthy contest to pursue. It’s not a publicity stunt, although I agree that it’s set up as a win-win-win-win situation, for Amazon, Createspace (especially), Penguin, and the writers.

Agents go off queries. This is no different.

C’mon, this is the first Whinepalooza thread. Let the whiner whine and support the whining, no matter how unreasonable the whining is.

I concur. That my steaming turd of a pitch advanced my excretory opus to the next round is clear and unequivocal proof – a “smoking fart flare”, if you will – that this entire charade is a capitalist, quasi-populist charade designed to fatten the coffers of the ruling class while cruelly oppressing working-class belletrists whose beautifully avant-garde and daringly plotless masterpieces languish in richly undeserved obscurity, denied their rightful chance to bask in the brief sideways glances of a completely indifferent public who have had their taste and abilty to appreciate True Art mercilessly crushed by those damned liberals and their pathetically watered-down excuse for a godless education system.

That last one offered a truly LOL moment, so I quit reading there. I realize that the number of entrants who visit forums and leave comments probably represents a relatively small portion of the total. But even so, I am truly amazed at the frequency of complaints about having to submit a pitch. It’s as if these folks are oblivious to the existence of the query letter and the role it plays in working your way around the spike strips lying across the road to publication.

But what does matter is that a writer has the ability to slip out of the creative fog long enough to shake hands with reality. Earth to these whining writers: access to the real world does not require a secret decoder ring. 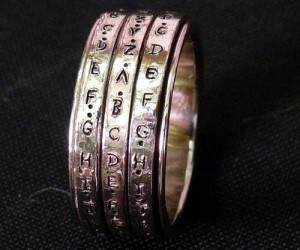 The tier-one highway to publication is agented. Writing a successful query letter is universally considered to be a prerequisite for obtaining an agent. Agenting isn’t a science. Agents make mistakes by rejecting worthy manuscripts and on occasion accepting some that ultimately fail to recover the advance and publishing costs. Agents artificially restrict what kinds of manuscripts make it to editors at publishing houses. Agents serve as the gatekeepers to traditional publishing no matter how dysfunctional and unfair that may seem, and any writer unable to accept that needs to take another highway to publication.

Deanna was right, no matter what level of caution she offered. From now on I’ll stay away from the forums . . . or at the very least not admit that I’ve been there.