As mentioned in recent posts, I’ve had problems with two purchases that were supposed to be “toaster-easy” to set up and use: an AppleTV2 and a Keurig B-70 single-cup coffee brewer. Both have cost me hours of headache trying to figure out why they didn’t work as advertised. 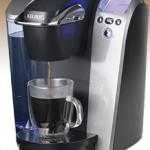 At the moment, both appear to have abandoned their reluctance to perform, but that’s more than likely a temporary condition. In the meantime, another problem has risen to the occasion to make sure that I can’t put the bottle of aspirin back in the medicine cabinet.

On weekends, my wife and I often visit close friends who own a ranch in the Texas Hill Country near Fredericksburg. We stay in a guest house that has all the essential modern conveniences. Unless I consider going online indispensable, that is. But since I’m not (usually) banished from the main house during visits, I can use the Internet connection there with my laptop. 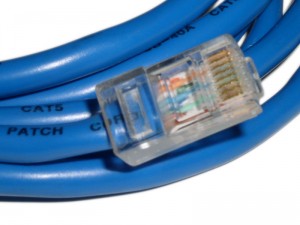 Their service provider supplies broadband through a wireless signal to an antenna and from there through an Ethernet cable into a downstairs office and art studio. Last year I connected a spare cable to their router, so it’s been a simple matter to plug in whenever I feel the need to check email or do something with the website. That means, of course, that access to the Internet is not available in the early mornings or late evenings when I often spend time online at home.

On this latest visit, using the downstairs office proved to be inconvenient. The spare cable was missing from the router, and in any event, I felt that I’d be 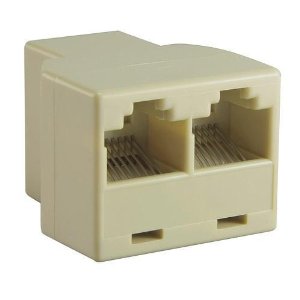 intruding by camping out there on this particular weekend. The upstairs office was not being used, but the computer there was direct-wired to a single cable from the wall. Rather than switching cables back and forth, I decided to purchase two more Ethernet cables and a splitter, which would allow me to plug in this weekend and on future visits with minimum disruption to the downstairs office activities of our hosts.

Shopping in Fredericksburg reflects the typical limitations of smaller towns, but I knew WalMart had an electronics section. There I found the cables, but no splitter. An employee didn’t know where I might buy one in town, and I wasn’t eager to spend the time hunting. Below the cables on the shelves, however, another solution caught my attention.

We have a long-standing and very comfortable friendship with our hosts. I’ve often joked with them about their failure to provide wireless all the way out to the guest house, or more realistically, in the main house so I can be in the family room with everyone else as we share time together kicking back and each of us doing our own thing. When I compared the cost of the two cables and the unknown cost of a splitter, if I could find one, gifting our friends with a new wireless router seemed like a reasonable alternative.

That decision introduced the next problem, deciding which one to buy. The

store had routers from four or five manufacturers and more than one model per manufacturer. And although I should know better by now, I elected to ask for assistance rather than conduct research in advance. Here’s the paraphrased spiel I received as the WalMart employee described three shelves full of routers:

“I assume you want a router that works, so ignore the bottom shelf. Any of these other choices should do the job. At the right end of both the upper shelves, you will find less expensive, slower speeds, and shorter range. As you move to your left, more expensive, faster speeds and longer range. The routers on the very top shelf are your best bet.” 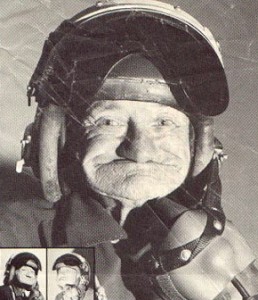 Okay, even a high-tech-challenged senior citizen can understand that, so I began reading the descriptions on the boxes until a customer standing nearby who had overheard the employee’s spiel told me I probably wouldn’t need one of the more expensive models. She had installed a basic one in her church, and it was handling multiple computers on the network throughout the building with no problems. But after comparing the specific differences in features listed on the boxes, I elected to purchase the most expensive of the routers on the top shelf just in case the increased range might reach as far as the guest house. Silly me.

Imagine my surprise, therefore, to discover that with the new wireless network up and running, when sitting in the family area of the main house with only two rooms between me and the one with the router, I barely had one bar of signal strength. And after five minutes of waiting, I hadn’t been able to download the home page of my website. So much for what I expected. One room closer to the router I still had only one bar, but the download speed increased enough to be  acceptable.

Now what? Keep the thing and accept the demonstrated real-world limitations, return it, or contact the manufacturer’s customer support for troubleshooting? I chose the last option, and of course there was no phone number, just online support. This put me in the position of having to provide a credit card number in advance to pay a flat fee, refunded if they determined the problem was due to a defective unit. I blew that option off and used my weak but usable connection to do some research online.

Turns out that the Linksys E2000 router has been rated by experts as being among the top three, 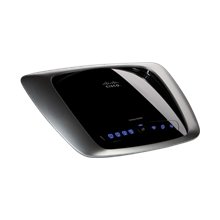 and higher than one that costs over twice as much. Customer reviews indicated mostly positive results, but a few wouldn’t have recommended the router for anything other than a doorstop, and it needed more weight to do that well. A number of these comprehensive reviews brought up serious deficiencies.

No matter how much the manufacturer wants to produce a sleek product that looks cool on your desk, you can’t ignore the laws of physics: wireless signals work better with external antennas. Lots of customers found the demonstrated range of the E2000 wireless network to be disappointing, and extended range is exactly why I purchased the most expensive model in that particular line of routers on the shelves.

Experience with customer support was described by some customers as pathetic, and in one case unfathomable when numerous company representatives refused to provide free service. They stated that the clock on the complimentary 90-day period began ticking on his router’s date of manufacture, not when he purchased it. One representative explained that the policy was to encourage buyers to purchase the routers online with the company rather than from third-party vendors. I’m not sure I trust that description of the conversation as being an accurate, but my inability to obtain free support within two hours of purchase didn’t leave me with a warm fuzzy. 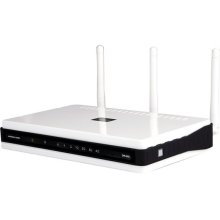 One reviewer spent a few hours of troubleshooting with customer service before being told that he needed to buy one of their more expensive models. Another reviewer said customer service finally acknowledged that he had a defective unit and sent him a new one. That was encouraging, at least until I read that large numbers of these routers are listed on the market as being refurbished, indicating the possibility that the E2000 has a poor quality-control record.

A reviewer compared this router to the Dlink DIR 655, which he said costs less and outperforms it on every criteria. It probably wouldn’t for me, of course, because that’s just the way it is with anything I buy. At any rate, the bottom line from here is that I returned the E2000 and will probably go back to my original plan to plug in at the existing router downstairs or use a splitter upstairs.

If you’ve read this far, you might well be wondering why I just don’t provide my own portable wireless capability for my laptop. The reasons are very simple. I currently pay too much for a cell phone to justify the amount that I use it. I pay too much for an Internet connection to my house that I certainly use a lot, but it isn’t portable. To gain the portability, I have to sign up for another service and pay even more, hard to justify when I only need to use it every other month or so.

And yes, I’m a cultural dinosaur who doesn’t own a smart phone because I’m not addicted to Web access and tech toys. I don’t need to be connected 24/7 to sports, news, facebook, twitter, YouTube, the stock market, ad nauseum, and I haven’t bought into the “there’s an app for that” frenzy.

And I’d really appreciate it if some enterprising soul would create an infinitely long Ethernet cable.