I love acronyms. Especially pronounceable ones. The attachment probably began when I entered the military, and primarily because I became an aviator.

Those of us who fly use discipline-specific acronyms as shortcuts for the same reason any other group does. They serve as convenient shorthand to streamline communication. But pilots have another objective, which is to confuse any non-flyers who might happen to overhear our conversations. That lends a degree of mystery to what we do. It’s all a smokescreen, of course. Almost anyone can learn to fly an airplane, but we’d prefer keeping that to ourselves. Please forget you read that.

The title of this post refers to the Amazon Breakthrough Novel Award. Strangely enough, it could serve as something other than an acronym and sound like the way a Southerner might address the hero of a satirical American comic strip: “Howdy, theah, Li’l Abnah. How ya’ doin?” A friend and fellow writer mentioned the contest or I wouldn’t have known about it. He entered (last year, I think), and made the quarter finals. Considering the contest accepts up to 5000 entries, that’s quite an achievement. One really cool benefit was a

critique of the manuscript by none other than Publisher’s Weekly. He told me that the comments he received really helped him see areas in the novel that could be improved. He’s entering again this year, which probably means I’m at least one step further down from where I’d like to be, but that’s the way the brownie breaks.

I’ve got a novel ready to begin submitting to agents if I can jettison (that’s a fighter pilot term) my apprehension long enough to click on SEND. I’ll do that tomorrow . . . or maybe after I get my contest entry ready. Once I send it off, I’ll need to forget about it. Charging back into what I refer to as the “query wars” is as good a way as any . . . but on second thought . . . maybe not quite as good as some small batch bourbon, but close.

I’ve been unable to confirm the specifics of this, but I think round one consists of judging only the pitch. If that’s true, then it effectively serves the same function as a query-letter-only submission to an agent. Any speed bumps will probably send me to the reject pile and my contestant days are over. And even if the first round includes the excerpt, a less-than-effective pitch may leave the writing sample unread.

With the novel in good shape, much improved from the last time I submitted to agents, I’m not planning on trying to complete another edit before the entry deadline. I’ll spend my time on the pitch and use my latest query letter as a starting point.

ABNA includes a forum with threads on writing the pitch. It’s interesting to compare what the contest information says and the consensus on the forum.

ABNA: A cover letter or “pitch” which explains your novel’s concept is required. This must be 300 words or less. The Pitch is more than just a summary; it needs to be a well-written explanation of what the book is about. Talk about your novel’s strengths with respect to how it is being evaluated. Think about the elements chosen on which to judge your novel for the purpose of this contest: its overall strength, plot development, character development, originality of idea, and writing style or prose. Take the time to study your intended market and make sure your Pitch demonstrates that you understand how your book fits within this market and how it will identify with your audience. Remember, the book should resonate with who your readers are. The Pitch should be a concise explanation of your book and why the reader would want to read your novel.

This description reads to me as if it recommends a business approach rather than an evocative one. I’ve seen the former mentioned by agents as “always appropriate” for a query letter, but also noted that many of the query letters agents share with us as examples of what works don’t talk about the novel, but about the story in a concise, clear narrative that reflects the tone of the work and the voice of the author. Here are some thread comments that sounded pretty good to me:

The only things you need to know are that your pitch must be three hundred words or less, or it will not load. If your pitch sucks, it will be rejected. The rest are details. Do not worry about following every rule. There are no rules to writing. There are no rules to pitch writing. Be brilliant or die. That’s it. Why should I spend twenty bucks to buy your book? Sell me. There are however, guidelines. Do mention your genre, and put your novel title in all caps. Do make your pitch interesting. Do give a flavor to your story. 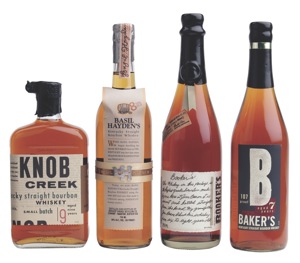 I realize that to ignore official advice in favor of that posted by someone on a forum may seem idiotic, but I also think there’s a difference between what an “official” might think and how a writer approaches the problem of generating interest in a novel on the basis of 300 words or less.

That’s just tough. For me, there’s no easy way to go about it, but I’ve concluded that the pitch should begin with the story and leave the title, genre, word count, and other “business” matters to the last paragraph. Here’s to wishing myself a little luck to go along with the effort.