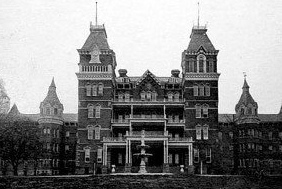 A common definition of insanity is to keep doing the same thing and expect a different result. By that criteria, America’s longest war in history is truly certifiable. What is so hard about understanding the difficulty of defeating a determined insurgency within a country 7,411 miles away?

Afghanistan has been invaded by foreigners too many times to count, and in every case the intruders have been sent packing. If you listen to SecDef Robert Gates, it’s different for us because we aren’t invaders. Well, maybe not to the Afghan government, such as it is, but the Taliban probably wouldn’t agree. 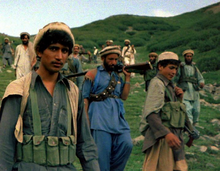 You may recall that we helped create the Taliban by supporting the Mujahideen in their struggle to throw out the Soviet Army. But that’s understandable because at the time we were embroiled in the Cold War and the Afghan Freedom Fighters were the only force in the world actively fighting Communists. When it was all said and done, however, the Afghans returned to doing what they’ve done throughout recorded history and the Taliban emerged victorious.

Okay, so that was kind of like a big oops on our part, and soon enough we had to deal with the new threat. After ten years of actively trying, where are we? A recent report from Kimberly Dozier of the Associated Press might provide a clue, and give pause to wonder if America might once again be headed for the loony bin.

According to Dozier, Amrullah Saleh, who headed Afghanistan’s spy agency from 2004 until earlier this year, said that peace talks with the Taliban will lead to disaster unless the insurgent group is disarmed first. The key, apparently, is to cut off their support from Pakistan, and disarm and dismantle the group before allowing them to operate as a normal political party.

Saleh: “Demobilize them, disarm them, take their headquarters out of the Pakistani intelligence’s basements. Force the Taliban to play according to the script of democracy.” He also predicted the party would ultimately fail, “in a country where law rules, not the gun … not the law of intimidation.”

I’m sorry, but please color me dubious about that statement. With all due respect to Mr. Saleh, it is nothing more than empty rhetoric. It sounds good, but has no basis in either current day or past history. He expects us to believe that by waving a magic wand, a culture imbued with ethnic conflict, fierce tribal loyalty, and distrust of centralized government will abandon the AK-47 as a key instrument in settling disagreements.

Saleh, who headed the Afghan National Directorate of Security until he resigned last June from Afghan President Hamid Karzai’s government, knows far more about his country than I do, of course. But should that give him the credibility he needs to suggest a course of action for the United States?

He says the U.S. should give Pakistan a deadline of July 2011 to pursue top insurgents inside their borders or threaten to send in American troops to do the job, and that failure to cut off Pakistani support would allow the Taliban to only pretend to make peace, then sweep back to power after NATO troops leave.

Does that sound familiar? It should, because we’ve traveled that disastrous road before. We’re supposed to charge uninvited across the Afghan-Pakistani border to pursue and destroy an

elusive guerilla force on their terms. The words of George Santayana come to mind: “Those who cannot remember the past are condemned to repeat it.”

Dozier: “The former spy chief’s comments display the dissension at the highest levels of Afghan political society over whether to engage the Taliban in talks, or keep fighting them. His criticism of Pakistan also highlights the widespread suspicion among Afghanistan’s elites that the neighboring power continues to allow militants to flourish inside Afghanistan.”

The situation becomes even more untenable when considering mutually exclusive positions among the players.

U.S. officials say that a peace accord with the Taliban is key to drawing down U.S. and NATO troops, starting in July 2011, with eventual handover to Afghan forces in 2014.

But Saleh’s precondition of disarming the Taliban has a long way to go. According to him, this year’s surge of U.S. troops has accomplished a temporary effect of securing some territory, but failed to change the fundamentals. “The Taliban leadership has not been captured or killed. Al-Qaida has not been defeated.” He predicted Pakistan would continue to support the Taliban and other proxies to try to maintain influence in Afghanistan. 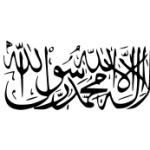 Dozier: “Saleh ran Afghanistan’s intelligence service after serving in the mostly ethnic Tajik Afghan Northern Alliance, which battled the Taliban before the U.S. invasion. Many members of Tajik regions together with other Afghan minorities have warned of another Afghan civil war if Karzai makes a deal with Taliban. Saleh criticized his former administration, without naming Karzai, claiming that ‘political Kabul’ was out of touch with the rest of the country, and too often publicly at odds with NATO.

“One of Pakistan’s former spy chiefs predicted the only way to drive a wage between the Taliban and al-Qaida is peace talks offering the insurgents a way to leave fighting and join the governing process in Afghanistan. Retired Pakistani Gen. Ehsan ul Haq said peace talks with the Taliban were the only way to drive the group apart from Al-Qaida. Haq said as long as the two groups were comrades at arms, they would continue to cooperate despite their differences.

“Haq, former head of Pakistan’s Inter-Services Intelligence, said neither Pakistan nor the west had managed to defeat the Taliban with what he called a militarized counterinsurgency strategy. Within Pakistan, he said, the civilian government had failed to backfill the areas the army had won back from the militants. He said western policies of hunting al Qaida on the ground in Afghanistan, and by drone in Pakistan, has simply fueled their recruitment.”

Borrowing again from Santayana, history supports Gen. Haq’s opinions. It also suggests that the ultimate outcome will favor the insurgents.

We should remember that for a change and break the repetitive cycle of lunacy.