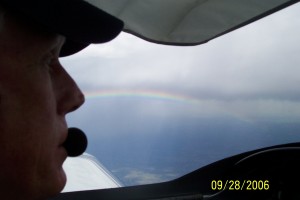 As a pilot for almost fifty years, I’d really like to believe that aviators are a cut above the rest of humanity . . . steely-eyed, confident, capable of amazing feats that humble lesser individuals. But after reading an article in AVweb about Warren Saunders, I’m tempted to apply a “don’t ask, don’t tell” policy to that portion of my life history.

Saunders had a monumentally stupid plan that required a practice run. So last Wednesday afternoon, he flew over active athletic fields at a New Jersey Middle School. There’s nothing wrong with that so long as he complied with minimum altitude restrictions over congested areas, but Saunders proved it is possible for a pilot to leave his brains at the airport when he dropped three rolls of toilet paper from the aircraft.

Apparently, the main event would occur during a high school football game, during which Saunders planned to drop colored streamers onto the field. He wanted to see how he might eject them from the aircraft and how they would fall.

The first problem Saunders encountered was that although the toilet paper rolls were dry when they left the aircraft, they were damp when they reached the ground. It’s not hard to conclude that they didn’t unroll well enough to serve as a test to determine the descent characteristics of streamers. One roll landed on the field, another near the bleachers, and the third in some trees.

At the time of the practice run, roughly 100 people were on or around the field. Parents of soccer players at practice called police. Detectives followed the trail of evidence to Saunders after a parent brought to their attention information that high schoolers were discussing the prank online. It probably didn’t take CSI New York to contact the Federal Aviation Administration through the Teterboro Airport, obtain the names of local pilots, and quickly solve The Great Toilet Paper Caper.

Now here’s the deal: Federal Aviation Regulations specifically prohibit dropping any object from an aircraft in flight “that creates a hazard to persons or property.” If the pilot takes “reasonable” precautions to avoid injury or damage, then it’s not a violation.

Okay, streamers of toilet paper aren’t going to damage property or hurt anyone. You might expect that the most the authorities could do would be to fine Saunders for littering. But what about a wet roll? Could that create a hazard? Probably not, and Saunders could defend his actions with something like, “I didn’t know the rolls were going to get wet!”

It appears, however, that anything he says will fall on deaf ears. According to Westwood Police Chief Frank Regino, “It’s basically a fourth-degree crime [whatever that is] of dropping things from a plane.” So the toilet paper bomber has been charged. I’m curious to know if he’s hired a lawyer or entered a plea. Next thing you know, he’ll be writing a book about it.

Saunders is reported to be sixty years old. I have no idea how long he’s been a pilot, but it doesn’t matter. Anyone with a pilot’s license is bound by the regulations. And even without being familiar with this particular restriction, abandoning his ill-conceived plan long before it ever reached the point of practicing for it seems no more than a matter of common sense. Saunders either wasn’t born with any, or he forgot he ever had it to begin with.