A week ago, I grew tired of dealing with spam. My site doesn’t have enough traffic to attract a lot of it, but the principle of the thing began to bug me. It’s no less of an invasion than the telemarketing garbage peddler who expects me to answer the phone while I’m eating dinner and sign up for something that I supposedly can’t do without for another second.

So I installed a plug-in spam filter. As of this writing, 44 of the devils have been denied access. I like to think of it as Gandalf confronting the Balrog with, “Thou shall not pass!” Not a bad thing, really, having Gandalf on my side. It creates a special kinship with Frodo. 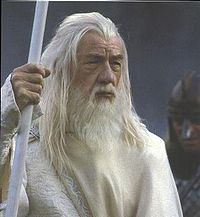 After learning that only about one website/blog visitor in 200 will leave a comment, I decided to look for a plug-in that could help me assess the amount of traffic through the site without relying on comments. I wish I’d done that sooner, because since October 14th, it has kept track of visits and reads, including a breakdown of read counts for each of the posts. More recent posts have attracted the most reads, which seems logical in that older posts require navigating deeper into the stack.

The most popular posts so far in order: The Great Toilet Paper Caper (14), The Quagmire of Disproportionate Response (11), The Ultimate Commute Vehicle (10), and Undergraduate Pilot Training – “The Chinese Pilot” (9).

The next post on the rank-ordered list isn’t a post, but a page explaining the purpose of the Single Ship logbook. I’m surprised by that, and my guess is that visitors find it interesting because of the detail there about making a full afterburner takeoff in the F-4 Phantom.

I have no idea how the plug-in does it. Maybe it hacks into the visitor’s webcam, checks for a real person at the computer and somehow figures out what they are reading. Spooky stuff.

Or maybe it has no idea how many people visit the site, or what they read, and it’s no more than a feel-good plug-in for bloggers.

And you know what? I’m fine with that, because blogs are basically a personal diary, and I maintain this one because it does something for me.

And I can hear you now: “Then unplug the plug-in, fool.”