I’m beginning the think the last couple of months might have been a period in which the planets aligned in such a way to create very unusual happenings in aviation. Example #1: 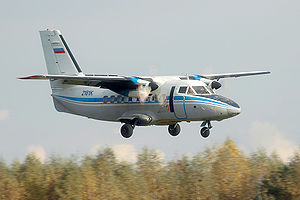 In the democratic Republic of Congo, a 19-passenger Let L-410 Turbolet struck an unoccupied house about a half-mile from the regional airport at Bandundu. An early report stated that the aircraft crashed after an abortive attempt to land. There was no explosion, and subject to expert opinion, the presumed cause could have been lack of fuel. A report two days later corrected the original implied cause by confirming there were at least 40 gallons of fuel still in the tanks of an airplane that normally burned 90 gallons per hour. This equates to almost 30 minutes of fuel reserve.

Two other versions of events leading up to the crash have emerged that on the surface appear to be the result either of covering something up or a contest to see who can come up with the most outlandish story.

A report based on the testimony of one of the two survivors indicated that the pilot was supposed to land on an emergency strip next to the main runway. But when the aircraft rolled out on a short final approach, the passengers saw the nose was not lined up with the runway. They began shouting, and all of them went into the cockpit. The sudden transfer of weight sent the aircraft “off balance.” 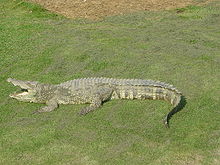 Later testimony from that same survivor led investigators to believe that a smuggled crocodile escaped a carry-on sports bag at the rear of the cabin, and this was what sent the passengers charging forward in panic. Although the crocodile survived the crash, investigators were unable to interview it because rescue personnel killed the reluctant stowaway with machetes.

Near Clarkia, Idaho, a Bell Jet Ranger helicopter was performing contract burning when the pilot and crew heard four gunshots. The pilot, a 69-year-old Vietnam War veteran, said that although he didn’t recognize the first one as a bullet, the third one hit the helicopter, passed through it and went right over the pilot’s head. He departed the area, but not before hearing the fourth shot. 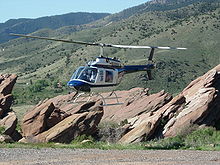 Upon landing at a nearby refueling facility, he found that the aircraft had been struck twice, and one bullet had cracked a control tube. “It was minutes from coming apart,” he said. The aircraft’s owner told the newspaper, “It was a high-powered hunting rifle. Hunters and nature enthusiasts can become annoyed with helicopters flying overhead, but there’s no justification to try to shoot us down.”

Authorities detained a suspect within 24 hours, reportedly led to this individual by the accounts of hunters, ground crew and possibly witnesses in the area who had come forward. Prosecutors will now decide how to proceed. A private pilot departed Covington, Georgia about 4 pm on a 175-mile trip to Columbia, South Carolina in a 1976 Rockwell International 112TC Commander. In Burke County, Georgia, about halfway between departure and destination, the aircraft impacted a cow pasture and was destroyed. A witness about 400 yards from the crash site saw the aircraft come down and said the impact “was like a bomb went off.” The pilot escaped injury not because he survived the crash, but because he wasn’t in the airplane at the time. 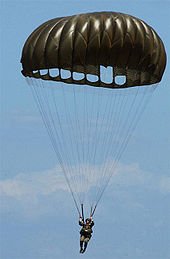 A local news station quoted a police report, which indicated the pilot tried to get the plane’s rudder to work but didn’t have much luck. A little after 7 pm, the plane ran out of fuel and crashed — sans pilot — who had departed the airplane with his parachute and landed safely under canopy. He hitched a ride back to the crash site, where he spoke with early responders, refused medical attention, and left.

Each of these incidents has an embedded lesson: 1) don’t put dangerous animals in the cabin; 2) when flying a helicopter in Idaho, one of your crewmembers should be manning an M-60 machine gun in the open doorway, and; 3) don’t run out of fuel.

Oh, and one more thing: you don’t need an operating rudder to land an airplane.

I thought every pilot knew this stuff . . .