In the “about” page for this logbook, I mentioned the possibility that reading carbon copies of my father’s short stories and articles when I was a kid might have planted in me the seed of a writer. This post will follow up on that idea by combining my interest in gardening with a movie. I know. Sounds really weird, doesn’t it? In spite of that, I hope you’ll hear me out.

The year I left home for my first year in college, my parents sold the house I grew up in and moved into one with a floor plan they felt would serve them better as empty-nesters. It didn’t have any built-in bookshelves, and their relatively small book collection ended up in cabinets. I suppose the looseleaf binders with Dad’s writing went there as well, but I don’t remember ever seeing them again. Thoughts of those binders receded into the distance, like a forgotten clay pot with one lonely seed buried in potting soil and resting on the back shelf of a greenhouse.

After retirement from the military and while flying as an airline pilot, I began thinking about trying to record some of my professional experiences in writing. But the idea of a memoir didn’t sit well. That led to wondering if I could tell the story of a pilot’s life in fiction and still do justice to my deeply ingrained personal connection with aviation.

Consider, if you will, that once I began pondering this, each recurring thought can be considered a bit of water and fertilizer. The seed germinates and does what seedlings do, seek the light. It pushes a tender shoot above the surface and finds so little light that it convinces the pot to change positions. With each addition of water and nutrients, the plant continues to urge the pot onward and ultimately it ends up wherever you are. 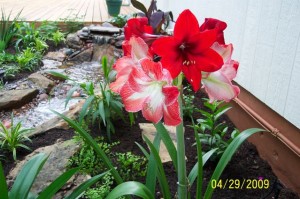 Let’s say you spend lots of time at your computer in a home office. The pot appears, sitting in the middle of your desk. At first you ignore it, then stick it on a shelf in a corner behind you. You hardly ever look at it. Out of sight. But not out of mind.

And this is a time in your life when the thought of trying to write about something that means a lot to you is like an especially persistent and bothersome gnat. Swat at it all you want, it reappears over and over again.

Behind you, feeding of the plant has really picked up. It isn’t long before re-potting has allowed it to grow so large that it dominates the corner. About the time you decide it has to go outside, something really astonishing happens.

You jerk yourself out of a computer-screen-induced coma. “What?”

You look around, but not behind you. Something warns you not to. “Who said that?”

That does it. You vault out of your chair, turn around, and ohmigosh there it is: big pot, big plant, branches and leaves filling the corner, overgrown and not very attractive but you can’t take your eyes off it. “Who the heck are you?” “Just my luck. Spend all this time growing and end up with the village idiot. I’m your idea, fool. The one you’ve been ignoring.”

“Letters of the English alphabet.”

“No, but it’s a good start. Now sit your you-know-what down in that chair and write my first meal.”

And so, it begins. You and the plant enter into a relationship, contentious, full of argument and strife, but oh, how it feeds you.

Please visit again soon and be on the lookout for the next installment from the Writer’s Desk.

2 Responses to The Potted Plant