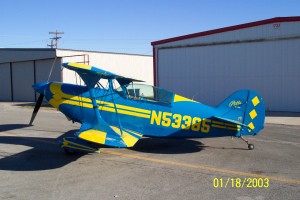 AirVenture Oshkosh is the granddaddy of airshows in the US. The accident referenced in the first post on this topic occurred there, and I just learned a few details second-hand from an eyewitness.

First, by way of background, flying into and out of Oshkosh safely requires strict attention to the procedures established, listening to the controllers carefully, doing exactly what they tell you to do, and keeping your head on a swivel.

To handle the large numbers of airplanes trying to land, controllers might direct an airplane to touchdown at a designated spot farther down the runway than normal, and tell the next airplane in line to touchdown closer to the approach end. This is not a normal procedure.

To complicate matters, the traffic pattern at Oshkosh has to accommodate airplanes that may takeoff and land at 50 mph, for example, and those that have to fly twice that fast to maintain a safe speed. 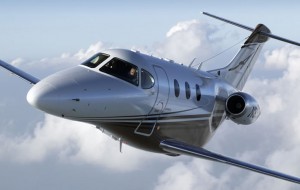 Let me stress that the following description would be labeled hearsay in a court of law, and I’m not trying to determine the cause of the accident from my writing desk. This is only what appears to have happened as reported by an experienced pilot who saw it.

The accident aircraft was a Hawker Beechcraft Premier 1 Light Business Jet. The pilot had been cleared to land behind a much slower airplane, reportedly a Piper Cub. To illustrate what a Cub is, some years ago my wife and I were flying one into a strong headwind. Below on I-35, cars slowly passed us. It’s a strange feeling, particularly when you are peering down at them from a thousand feet or so through the opening where the door used to be. No, it didn’t fall off. We removed it prior to flight so we could get an unobstructed view of the ground. Anyway, when you land a Cub, you can come to a complete stop in a few feet. The term “landing roll” hardly applies. So we have a slow airplane landing at Oshkosh ahead of a much faster one. According to the eyewitness account, the Premier touched down and appeared to be overrunning the Cub. The Premier pilot initiated a rejected landing, which at this point effectively changed his intention to make a full-stop landing into an unplanned touch-and-go. Pilots perform touch-and-go’s all the time for practice, although doing so over the top of a Piper Cub is hardly normal.

Each type of airplane has specific procedures for rejecting a landing. The first and most obvious action, even to non-flyers, is to push the throttle(s) forward. The next most common action depending on aircraft type might be to raise the flaps from the landing position to the approach position. This reduces most of the drag caused by the flaps while retaining much of the benefit, which is to allow safe flight at slower airspeeds.

At this point in rejecting the landing, the next critical step is to assess your airspeed before you raise the nose to takeoff attitude. To do so before you have adequate stall margin is to invite disaster. It appears that the Premier pilot tried to takeoff before he had sufficient airspeed. The airplane became airborne in a stalled condition, exhibited flight characteristics of a “post-stall gyration,” and soon thereafter impacted the ground. The eyewitness heard the engines roaring at full power after the impact. The pilot shut them down before he and the second occupant exited the airplane.

I’ll continue to address this accident in this logbook as the details unfold. Please let me stress again that armchair accident investigation is not my intention. Nor do I suggest that a second-hand eyewitness account constitutes fact. It does, however, provide an informed opinion as to what might have been the cause.

Thanks for visiting and stay tuned.

One Response to Near-Fatal Accident Part 2