The first Saturday of every month brings a fun event for a good cause. Sponsored by the local chapter of the Experimental Aircraft Association, visitors fly in to Fayette Regional Airport near La Grange, TX, for $7-a-plate barbecue and almost enough flying talk to last until the next month. The proceeds are donated, so it’s a feel-good time for everyone involved.

Today while eating at a communal picnic table in a hangar with lots of heat and very little breeze, I noticed a pilot with a t-shirt that said, “I survived Oshkosh 2010.” I asked him if he was there when this accident occurred. He was, and he witnessed it. Curious as to how his observations might differ from those of my earlier eyewitness account, I asked him to describe what he saw. Note that I didn’t ask him to evaluate, but I knew he’d insert personal opinion because that’s what all pilots do. We can’t help it.

His version indicated that the pilot of the Premier tried to fly the same kind of “close-in” traffic pattern that smaller, lighter airplanes typically use. But he got in too close to the runway and “overshot” the final approach. This means that if he was in a right turn as he tried  to line up with the runway, he couldn’t get the nose of the jet turned far enough and fast enough before he ended up to the left of the runway centerline. Now he has to overturn to the right and then reverse the turn to the left so he can  finally line up with the runway.

All of this maneuvering takes “turning room.” An essential pilot skill involves learning to assess how much turning room you have and comparing it with how much you need. An even more essential skill is recognizing when your assessment is in error and making the decision to abandon the landing attempt. According to this eyewitness, the Premier pilot’s attempt to “salvage” the landing caused the accident. He flew the airplane into a situation from which safe recovery was not possible. Under the assumption that this is correct, and even after multiple mistakes had been made, we can point to the moment at which he could still have avoided the accident if he had only made the correct decision to go around.

I have no way of knowing which of these two accounts more closely resembles what actually happened. And for my purposes here, it doesn’t matter. I’m not trying to suggest a cause or assign blame, only to note the differences and make the following observation, which will hopefully address the questions in a comment from my friend John Burch. I ask his pardon for including a short primer as an introduction.

To maintain the uneasy truce with gravity I discuss in the About This Blog page, an airplane has to produce lift. If lift equals weight, the airplane maintains altitude; less, it descends; more, it climbs. Lift is produced by air flowing over the wings so as to create higher pressure under the wing than on top.

Air must flow smoothly over the wing. If it doesn’t, a bad thing happens, referred to as a “stall.” A wing in full stall produces no lift. All pilots learn to recognize what a stall is, how to avoid one, and how to recover if they don’t avoid it. That’s the good news. The bad news is that recovery from a full wing stall can take a lot of altitude. If an airplane enters a stall condition without sufficient altitude for recovery, it will impact the ground.

The first and most important principle in all of aviation is: MAINTAIN AIRCRAFT CONTROL. What this means is very simple. The airplane does only what I tell it to, immediately and without hesitation. You can take it from one who knows (and that’s a story for another time), a full wing stall is the terrifying antithesis of being in control. Think of Linda Blair in The Exorcist sitting in the copilot’s seat. 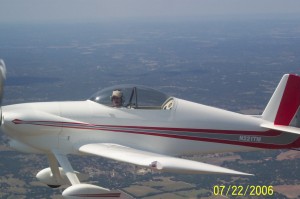 When the wing stalls, the first thing that happens is loss of lateral control. In non-flyer’s terms, the pilot can’t control bank angle. A wing suddenly drops, followed almost immediately by the nose dropping (loss of pitch control), and the pilot is along for the ride…OUT OF CONTROL.

And so, based on either of these eyewitness accounts, and regardless of what the Premier pilot did prior to the crash, in the final analysis he most probably lost control without enough altitude to recover.  He either flew into that condition trying to salvage a landing, or he made it onto the runway, decided he couldn’t avoid the airplane ahead of him still on the runway, and pulled the Premier into the air without enough airspeed to maintain safe flight.

Please visit again soon for more on this thread.

REVISED: Visit this link for two notices about the accident. The first is the initial, the second a follow-up that appears to support the first eyewitness account mentioned in this thread. Also, thanks to Jim Craig in a comment: this link takes you to an mp3 file of the tower tapes at the time of the accident. Pilots will understand what’s happening much better than non-pilots, but here’s a summary:

It begins with the tower issuing landing instructions to the Premier along with where the pilot should begin his base turn. In a standard visual traffic pattern, an airplane preparing to land is flying to the left or right of the intended runway, parallel to it and on a heading in the opposite direction of the runway heading. The 180-degree descending base turn puts 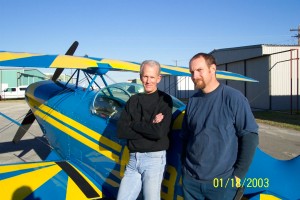 the aircraft on final approach. The Premier pilot acknowledges his landing clearance, and the tower controller is heard in a constant stream of transmissions issuing instructions to other airplanes in the landing pattern.

Then someone says something about whether an airplane is going to be okay, and someone else says, “I don’t think so.” It’s quiet, which very obviously is when everyone on the frequency who can see the runway witnesses the crash, and the next transmission is the tower controller telling a Lake amphibian to “Go around.” At that point, the controller begins modifying what other airplanes in the pattern are to do as he adjusts for the fact that the landing runway is now unusable with “a disabled aircraft on the runway.”

Stay tuned as we follow this thread into the future.