My friend and fellow writer John Jones sent me the link at the bottom of the page. He received it from a long-time friend, a WWII fighter pilot who flew the P-47 Thunderbolt and P-51 Mustang in combat. If that doesn’t inspire you to tip your hat in respect for one of “the greatest generation,” nothing will.

Before you take a look at the link, put your pointer on the photo to the left and click for a closer view of the instrument panel in my RV-4, a two-seat tandem experimental airplane that frequently appears in this website if for no other reason than it’s a really good-looking airplane. After you do that, click the back button on your browser to close the window and return here. 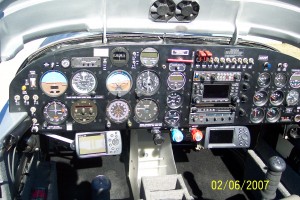 Now do the same on the picture to the right. This is the instrument panel in my RV-6, a two-seat side-by-side experimental airplane that appears in this website for exactly the same reasons. When you return to this page once again, click on the link below, then wait until the black screen changes to a view of the cockpit and the color fills in.

What you will be looking at is a 360-degree view of the P-51 cockpit. Use the cursor to travel all the way around, and the plus and minus buttons for a close-up. You can even read what all the instruments are. Young men like John’s friend climbed into cockpits like this and took to the skies never knowing if they’d live to see another day. Many of them didn’t.  As you take the visual tour, you might think about that. 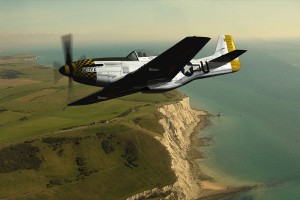 NOTE: Some visitors have reported that the link below takes them to an “Account Suspended” page rather than to the Photo Imaging 360 Degree view of the cockpit. One theory is that it might be a Mac versus PC or browser problem, but that doesn’t appear to be the answer. My Mac with Safari or Firefox works fine. My wife’s Mac with Safari didn’t last night, but this morning (8/10/10) it did with either browser. I’d appreciate feedback on this. Tosh

One Response to A Fighter Pilot’s Office