You have finally decided the potted plant can be ignored no longer.

Maybe you’re the “let ‘er flow” kind of writer who doesn’t want to think about it. Or maybe you’re at the opposite end of the scale, epitomized by Orson Scott Card, who supposedly spent something like three years outlining Ender’s Game and wrote it in three weeks.

But this entry in the Writer’s Desk Logbook isn’t about how we individually get to the point of putting words to paper or tapping them onto a computer screen.  Under the assumption that most visitors to this site compose their fiction electronically, I’ll use that for my illustration.

You stare at the empty screen. It stares back. As an Air Force radar intercept instructor said to me during my training to be an F-102 pilot, “What’re you gonna do when you look into the radar scope, certain the target is going to be there, and there’s nobody home?”

And so it is for you. A page of nothing. Except for an aggravating flashing symbol mocking you. The insertion point. And from behind you, the potted plant nags, “Feed me.”

Your only acceptable response to the command is to figuratively (or literally, if it helps) put on a cap with the letters WRITER embroidered on the front. Maybe you borrow a trick from the EMS folks and have the letters on the cap printed backwards, then mount a mirror on the wall in front of your writing desk. Every time you look up, there can be no mistake as to who and what you are.

For however long it takes to complete a first draft, the flashing cursor constantly reminds you that it must keep moving to fill in the empty space. And all the while from behind you the potted plant adds more verbal harassment. “Feed me.”

Until one day, when you finally turn around and fix that darn plant with a stare, daring it to open its big mouth. After a moment of silence, it does.

Does that sound good, or what? You’re comfortable in the glow of self-satisfaction for a short while until the big clue-bird lands on your shoulder and chirps, “Change hats.”

Wearing the hat that says EDITOR requires a different skill set. In our example, the cursor sits on your screen surrounded by thousands of words. Your words. Precious words. Each one perfect. How can anyone even think of using the DELETE key?

But you have to learn, and after a process that for some of us is far more difficult then dealing with blank pages, you get it done. The manuscript exudes excellence, and all you want to do is revel in the magnificence of the writer’s presence. 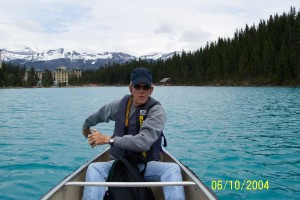 But you’re not a writer content with a readership of one. And unfortunately, no matter how long you wait, no one shows up to purchase the manuscript for a hefty advance and a three-book deal. It’s time to change hats, to one with SALESMAN embroidered on the front.

But it doesn’t fit well. What’s up with this? Aha. The other two hats had adjustable headbands. The new one either perches on top of your head or slides down until it’s resting on your ears. This simply will not do.

Over the next decade (and even if it’s not that long, it feels like it), you struggle to fit the hat comfortably on your head. When it finally does, and it feels so good you can barely stand it, like a favorite pair of jeans or tennis shoes, you have to take it off.

But you aren’t complaining, because the next hat says AUTHOR.