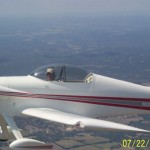 AVweb contained information today that relates to my last post and the issue of whether any delay in crash notification could have made a difference in survivability.

The answer is no. Autopsies confirmed blunt force trauma consistent with this type of accident and sufficient to cause death. Photos released by the NTSB show the Otter relatively intact, and the positioning of the wreckage at the crash site indicates the aircraft was heading into rising terrain at the time of impact. Although there has been no suggestion of cause, “terrible” weather obviously contributed. Unless evidence is found of an aircraft malfunction, if the pilot had been able to see the terrain, it doesn’t require speculation to conclude that he would have maneuvered to avoid it.