Less than twenty-four hours prior to D-Day I receive a group of forwarded emails from the passengers’ company representatives in Austin and Central America and a frantic phone call from a security officer. “Why haven’t you coordinated the landing at Ilopango International Airport in San Salvador?”

Very calmly, which is surprising under the circumstances, I reply, “Because we aren’t landing there. We’re going to El Salvador International. ”

“But ALL private airplanes land at Ilopango, and they don’t know ANYTHING about the flight!”

“That’s strange, considering we landed at El Salvador the last time we went. And the same person who handles private airplanes at Ilopango will do that for us at El Salvador this trip. I have written confirmation. May I suggest you talk to him?” After another email marathon, the passengers request that we land at Ilopango. I’m there to serve them, so I make the required changes to all the permits.

The trip begins on a promising note as we depart Austin on schedule and land in Mexico City a bit early. International arrival procedures are always irritatingly specific, and I choose Option 1 as defined in the handling data: stop at General Aviation Terminal 2, shut down the left engine to allow officials to board the airplane and collect passports, Mexican Tourist Cards, and two bags for screening, then restart the engine and taxi to the parking area. We accomplish that without ingesting hats, humans, or baggage in the right engine. So far, so good. The passengers deplane. My copilot and I begin preparing the jet for overnight, and the first question out of the handler’s mouth is, “When are you leaving, Captain?” I smile, wonder where a month of planning has disappeared to, and re-coordinate our departure for the following morning.   Our hotel expects us, but the desk clerk wants a credit card to pay. This bodes ill, considering that all the services have been covered in advance. It takes me about thirty minutes to get a handler representative from the airport on the phone and convince the reception clerk to let us check in.

Both the copilot and I have “survival kits” with our own food to avoid problems with upset stomachs and other unmentionables while trapped in a small cockpit at 40,000 feet. One of the reasons is an item on the hotel room service menu: “Chicken Flavored Meat.” Yum.   I’m lounging in the hotel eating canned tuna and crackers when my cell phone rings, wonder of wonders, and I’m informed that company personnel in Panama City are bouncing off the walls. “They’ve calculated that your arrival time tomorrow will be an hour later than your worst-case predictions.”

Then the signal fades, the start of an aggravating series of interrupted conversations. I manage to give company reps the number printed on the room phone that says, “Tell callers from the United States to dial —-.” I try to follow the instructions on the phone to call them back, but never get past a female voice informing me in Spanish that she isn’t going to let me dial out. I never find out why.

A half hour later the phone rings, and I’m told the number I gave them can’t be dialed from the States. At that point, I’m considering a carrier pigeon. In this first completed phone conversation of the day, I ask them to forget what anyone else is saying and listen to me. I repeat the two scenarios and bid them adios.

Later that day I want to iron the wrinkles out of a shirt. A small folded card on the dresser announces that an ironing board is stored under the bed. An unusual location, but I get down on my knees and take a peek. 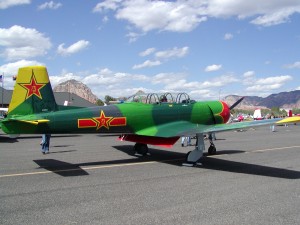 Two problems immediately surface: I wish I’d never looked under the bed, and no ironing board is to be found. Assuming the same person who had written the phone instructions handles the ironing boards, I decide to hang the shirt up and find an ironing board resting against the rear wall of the closet. I grab it and begin hauling it out into the room, only to be jerked up short with the board yanked completely out of my hands.

The reason? At the end of a chain attached to the legs of the ironing board sits an iron in a wall-mounted holder. I had never before dealt with a chain while ironing a shirt, and hope never to do so again.