Gorilla in the Room (or, The Pilot Error Series Character Arc)

If the title of this post is black, and/or you see the fighter-pilot header, click on the title to view the featured image for this post. 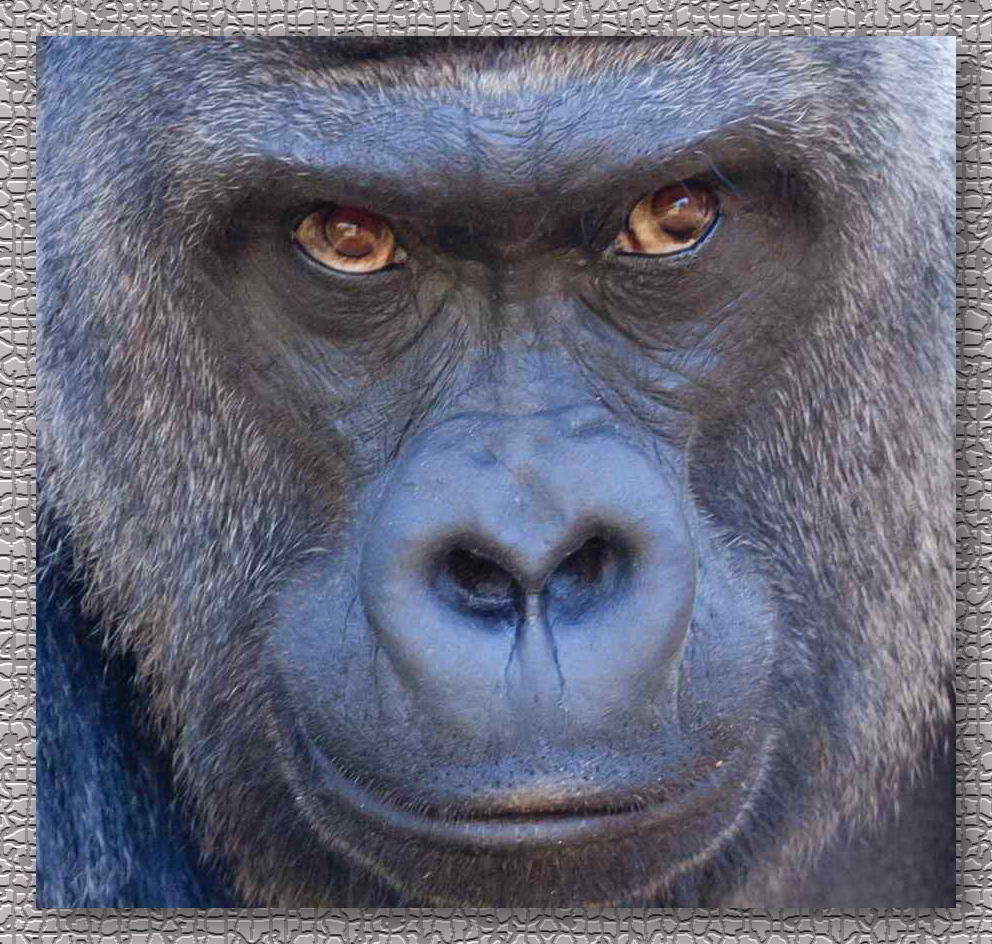 In case you were wondering, this is a post about writing. To discover the significance of the image, please read on.

John Truby’s Anatomy of Story stresses the importance of defining the hero in terms of a process that begins at the end of a story with what he calls the “self-revelation,” in which the hero “. . . strips away the facade he has lived behind and sees himself honestly for the first time. It is what he learns, what he gains, what allows him to live a better life in the future.” That lesson is the lighthouse in the fog toward which every decision in structuring the novel must be directed.

In a stand-alone novel that is not part of a series, this revelation has no life beyond the last page. The character arc is completely contained within one story.

But in a series involving the same hero, the author can’t very well recycle the same revelation without regressing the character to a previous state at the start of each novel and show another set of circumstances in which the hero learns the same life lesson again.

This limitation as reflected in a hero who doesn’t change from one novel to the next is one of the primary reasons many readers don’t care for genre fiction like mysteries and thrillers. And at the opposite end of the scale, it’s exactly the reason fans of genre fiction love it. They want to see the same hero doing his thing in different circumstances, facing new challenges, but always with the heroic nature they’ve grown to appreciate. It’s the stability of predictive behavior that keeps them coming back.

Early in the process of conceptualizing this series, I decided to create a hero who didn’t fit the mold typical of genre mystery/thrillers. As outlining the third novel in the series gets underway, however, I’m uncertain as to the viability of that approach, and the purpose of this document is to brainstorm the possibility of creating a continuing character arc that meets my original objective for the hero, and to answer the question of whether I think this objective is sustainable or needs to be abandoned prior to beginning the third novel or later in the series.

For Pilot Error, I created the character of Nick Phillips in the Truby tradition after the fact. I had spent days outlining the story based on what I considered to be a strong knowledge base regarding the structure of modern fiction, and wrote the first draft in about a month. During the revision process, I attended a Truby workshop that I’ve since recognized as crucial to creating a story I think works on many more levels than it would have without the application of Truby’s methods.

To accomplish this, I backfilled Truby’s method with the novel I’d already written. The process identified no less than 10 specific flaws I subsequently addressed in later drafts. Here’s a narrative summary of what the core seven steps Truby recommends meant to the characterization of Nick Phillips.

Nick’s pilot-father died in a plane crash determined to be the result of pilot error when Nick was about seven years old. Initially, he refused to accept that his hero made the mistake that killed him. But as time passed, Nick began to question his reluctance, and this internal conflict became manifested in a dichotomy:

I don’t believe Dad committed pilot error, but the legacy of abandonment I grew up with based on that official conclusion is so bitter that I’m going to dedicate my professional life as an aviation accident investigator to two objectives: 1) Resist the tendency of the NTSB to blame the pilot, especially when he’s dead, and 2) Dedicate my efforts to enhancing flight safety as best I can and prevent any pilot-father from leaving his son alone in this world without a dad.

As the novel opens, Nick is still haunted by this “ghost from his past,” and it’s a weakness that makes his life less than it can be as reflected in two needs.

His psychological need is defined as something that hurts only himself, he’s aware of it, and for whatever reason or reasons he refuses to deal with it: To get over the death of his father by accepting what he can’t prove isn’t true and forgiving his hero for making a mistake in the airplane.

His moral need does hurt others, but Nick isn’t aware of it: He thinks that as a husband and father first and an accident investigator second, he gives his family the best part of himself. But the reality is just the opposite, and his family has had to accept that his professional dedication takes precedence over them.

Into this status quo (ordinary world) at the beginning of the novel arrives an inciting event that triggers in Nick a legendary tenacity for uncovering the truth behind air crashes. And it’s this reputation for digging deep that motivates his boss to remove Nick from a team that will investigate the death of a controversial political figure who has publicly stated he will not go down alone, a less-than-veiled threat directed at the occupant of the Oval Office.

The story puts Nick in direct conflict with a number of opponents, the most dangerous of which is a stone-cold special ops assassin. I’d planned a series, so Nick wins the physical battle at the end, but the underlying, core lesson he learns is far more important from the perspective of his character in the series.

His career in the NTSB is over. Initially, before the Truby workshop, I wrote the ending to show Nick arriving home with a new goal at the forefront, that of trying his best to make up for lost time with his family. Maybe it should have been obvious, but I failed to recognize that this ending falls short as being an effective self-revelation, because the absence of choice doesn’t teach Nick anything.

So I revised it to show Nick being offered the opportunity to continue with the NTSB. His initial reaction is unqualified acceptance of his old position and the potential for advancement to the top slot in the Aviation Division, immediately followed by the critical self-revelation that combines both his psychological and moral needs at the beginning of the novel.

Newfound dedication to family comes first, and Nick has finally forgiven his father with the commitment to reconnect with his own son as best he can.

Red Line begins about a year later in story time, and what seems like an eternity in real time. The reason? I had the Truby model firmly in hand when I outlined the structure, and in retrospect the effort gave me a false starting position epitomized by, “The second novel should be easier.”

Without trying to detail all the reasons, I’ll concentrate on a core issue born within the initial seed of an idea that spawned the series: Can I develop a character who starts out as an official aviation accident investigator, but as a result of events in the first novel ends up as a private crash investigator who solves a series of cases involving airborne murder?

Essential factoid: NTSB employees are prohibited from investigating criminal wrongdoing. If they find anything to suggest sabotage, they must inform the FBI, who assumes lead status and the NTSB works for them.

This real-world limitation played a key role in Pilot Error. Nick’s dedication to uncovering the truth, suspicion that a cover-up was in the works, and belief that the FBI could be recruited into toeing the party line as directed from the Oval Office, compelled him to adopt a rogue, private agenda in which he initiated a criminal investigation under the guise of doing his official job as an NTSB employee.

Truby’s method emphasizes the crucial role of what he calls “immoral acts” committed by villains and heroes during the course of a story. Nick is responsible for more than a few in Pilot Error, but I think readers generally forgive him because his objective is justice for those whose lives were taken as a result of unbridled power and the corruption that always follows in its wake.

At the beginning of Red Line, Nick has no intention of investigating anything. My initial task was to accomplish the Truby analysis of the story, which I did with less than adequate thought because I suffered under the illusion of knowing how to do it well enough to avoid the pitfalls of not doing it at all. Again, those issues aren’t the specific topic of this analysis, but after solving them and finishing the novel, I’m once again faced with the task of transitioning to the next story, and I can’t afford the time to stumble around in the dark.

That means dealing with a sticky issue that relates directly to character arc and how to incorporate what might be termed character-arc throughput.

As the third novel Test Flight begins, Nick has conducted two aviation-crash murder investigations within the past two years. The first was official-cum-unofficial (rogue and illegal), the second totally unofficial, but with some stretching of legal boundaries as is typical of private investigators in fiction (and in reality as well?).

The core dilemma going forward for Nick (and his alter-ego creator) began in the latter half of Pilot Error and continued throughout Red Line. In the absence of evidence that provides the NTSB with justification to call in the FBI, once the on-scene investigation is closed, it can never be reopened to prove criminal wrongdoing. The most significant obstacle, with no way to overcome it, is the total breakdown of the chain of evidence once the NTSB releases control of the wreckage to the insurance company or the registered owner of the aircraft.

Enter the 500-pound gorilla in the room: Nick proves to himself that sabotage led to a fatal airplane crash, and yet he can’t seek legal redress for the victims. Is he going to walk away from that? I don’t know about your version of Nick Phillips, but mine won’t accept a figurative, much less literal, thumbing of a killer’s nose in his face.

Enter the 1000-pound gorilla in the room: Nick takes the law into his own hands. Will readers accept that?

One solution might be available in the world of the Pilot Error series, and it begins with the classic question at the heart of all fiction: What if Nick Phillips becomes a Special Investigator, whose official badge-and-gun charter is to provide liaison between the NTSB and the FBI?

Or is that too easy?

And so, as I begin structuring the third novel in the series, there sits a virtual adult male Silverback Mountain Gorilla smack dab in the middle of my desk, holding a sign that says:

Where will Nick’s character arc take him next?