If the title of this post is black and/or you see the fighter pilot header, click the title to view the featured image header and continue reading.

Montrose is a coastal resort town and former royal burgh (an autonomous corporate entity) in Angus, Scotland. Situated 38 miles north of Dundee between the mouths of the North and South Esk rivers, it is the northernmost coastal town in Angus and developed as a natural harbor that traded in skins, hides and cured salmon in medieval times.

With a population of approximately 12,000, Montrose is an important commercial port for the thriving oil and gas industry and home to a global healthcare company. Blessed with a wealth of architecture, it is known for its wide thoroughfare and high street which leads to picturesque closes containing secluded gardens. The skyline of Montrose is dominated by the 220-foot steeple designed by James Gillespie Graham and built between 1832 and 1834. Just outside Montrose is the 18th Century House of Dun, designed by the Scottish architect William Adam and built in 1730 for David Erskine, 13th Laird of Dun.

The town has a view of Montrose Basin, a two-square-mile tidal lagoon, considered a nature reserve of international importance. It is the largest inland salt water basin in the UK, and an important habitat for the mute swan. (Source: Wikipedia) 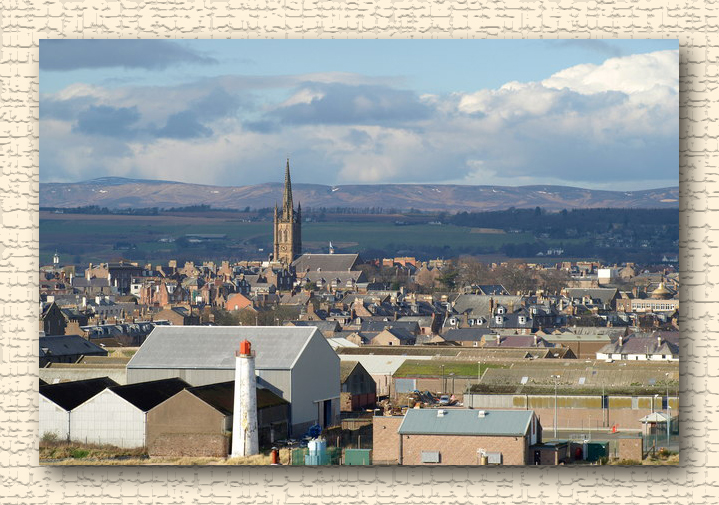 Until yesterday, I’d never heard of a town named Montrose outside of the state of Colorado. But I have a Google alert for “pilot error,” and the link took me to an article, two aspects of which got my immediate attention.

First, that Memorial Day, Monday, May 27, 2013, was 100 years to the day since the death of a Royal Flying Corps pilot in a crash near the town. And second, that an official ruling of pilot error as the cause of the accident apparently gave rise to supernatural happenings.

My novel Pilot Error and my presentation titled “Pilot Error in Fact and Fiction” are based upon a common saying among aviators: “They always try to blame the pilot, especially when he’s dead.” But to the best of my knowledge, the aftermath of this accident is the first and only one of its kind. If you are curious about that statement, read on . . .

A simple ceremony at Sleepyhillock Cemetery on Monday commemorated Montrose air station’s first casualty, a century after his death.

The date was 100 years to the day since Lieutenant Desmond Arthur’s biplane broke up over Lunan Bay, just three weeks after he joined the Royal Flying Corps unit which was then based at Dysart.

Organised by members of the air station heritage trust, the wreath-laying ceremony was carried out at the behest of Lt. Arthur’s family.

An official investigation into the crash blamed pilot error for the incident, after which supernatural happenings were reported at the air station giving rise to stories of “the Montrose ghost” that claimed Lt. Arthur’s spirit was restless after being blamed wrongly for the crash.

Dr. Dan Paton, heritage centre curator, said there is much more to the aviator than just the well-known ghost stories, and recent research has shed light on aspects of his life that were previously unknown.

When Lt. Arthur’s body was recovered, a miniature portrait of a young girl was discovered in his pocket who was named as Winsome Ropner, the pilot’s sweetheart to whom he left the bulk of his estate. Although Winsome, 14 at the time of Lt. Arthur’s death, later married another pilot, she never forgot her love, and her grandson Paul Willcox as well as Desmond Arthur’s great nephew, Nick Arthur, gave their blessing to Monday’s wreath-laying.

Dr Paton said: “For a long time we have thought of Lt. Desmond Arthur as an unquiet spirit, but today it is time to lay the story of the Montrose Air Station ghost to rest.

“We can see him in a very different light since contacting his relatives. He was a brave and excellent pilot by the standards of the time and a brave man who knew the risks of flying these aircraft.

“Let’s remember him as he would have liked to be remembered – a pioneering aviator.”

Lt. Arthur was given a military funeral, the route of which was lined with Montrosians who turned out to pay their respects.