Moms and Dads love telling stories on their kids, right? The cute things they said and did, the more embarrassing to the child as an adult, the better.

On the occasion of my big Seven–O birthday, my wife Ann announced that she had a presentation to make and asked everyone to take a seat in the living room. She opened an envelope and immediately began to tear up as she tried to explain that my brother had found among our parents’ effects two small note cards upon which our father had written the most memorable (to our parents) sayings for each of us.

Ann wanted to read them, stumbled a few times, rejected an offer from the group to handle the job, and ultimately made it through the list.

Here are the front and back of my card: I haven’t seen my brother’s card, but he says it’s hidden away. By Dad or him, I’m not sure. Maybe it’s because all of mine are cute and his are simply too embarrassing for an older brother?

Here are some photos from the presentation. 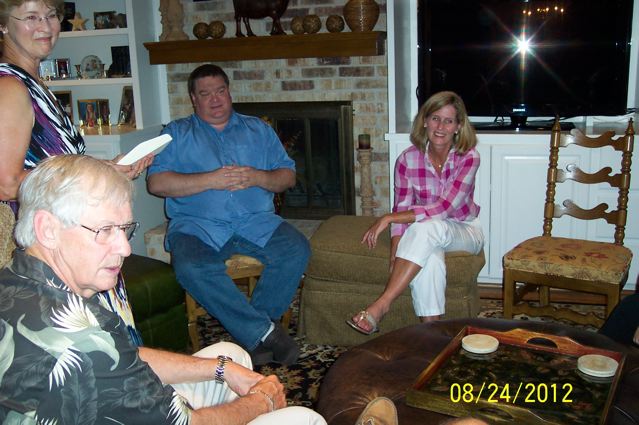 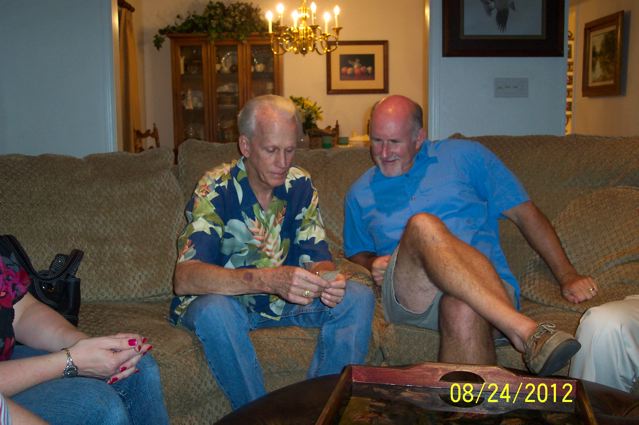 The youngster looking at the card for the first time in many, many years. Tosh Brown (Ann’s son-in-law) looks on. 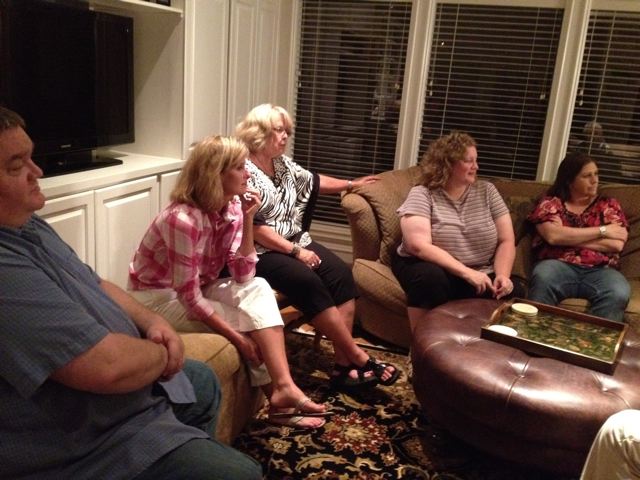 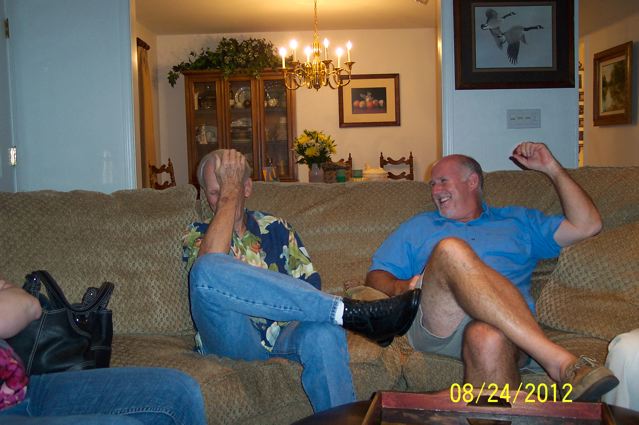 Laughter is always the best medicine for old age.