The website QueryTracker maintains a database that includes 1.242 agents and 131 publishers to serve the needs of 41,610 members, of which 559 have reported success. Assuming each favorable outcome represents one member (I have no idea if any members have scored more than once), that’s a “smiley-face” rate of just over 13%.

Historically, less than 2% of submitted material ever makes it into print, which means that as a group, members of the QueryTracker community do quite well for themselves. That’s the good news. Individual writers who haven’t yet reported success, however, pay far more attention to another statistic, the percentage of their queries sent that result in a request from an agent for additional material, either a partial or full manuscript.

The reason is that the single purpose of query letters and whatever supporting material goes along with them is to engage the agents’ interest well enough for them to ask for more. It’s the only way a writer can get an agent’s eyes on a complete novel and have any chance of obtaining representation.

From the initial list of 1242 agents, my three search criteria (agents who represent mystery, thriller, and suspense and accept unsolicited queries) reduce the possibilities to 157 agents. I’ve sent out 30 queries so far and received 17 replies, with two request for fulls and as of yesterday, a second request for a partial. That’s a 23% request rate, which 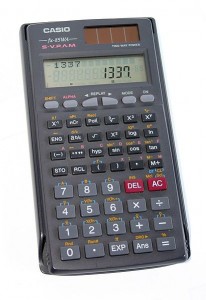 sounds really good until I begin to factor in the number of “no responses.” To do that, I need to go back to the earliest query in the list for which I have not received a reply and review the agent’s submission guidelines.

Some agents say they will always respond one way or the other. So how long should a writer wait for a reply before sending a “nudge”? Unofficial “rules” of etiquette suggest 4-6 weeks. Other agents say they will respond only if interested in seeing more material. It’s probably safe to say that no response from these agents within the same 4-to-6-week criteria means “no” and it’s time to close the query out.

To simplify this aspect of the Query Wars, I’ve decided not to engage in “nudging.” If my query got shoved under the pile and forgotten, I don’t really care why. It obviously didn’t make an impression, and that’s the only conclusion worth considering.

So with that decision made and 6 weeks as the cutoff date, any no-reply queries sent prior to April 19th are hereby designated by the power vested in me as “CLOSED.” There are three, so my stats as of this writing are 30 sent, 20 replies, 2 fulls and 2 partials for a request rate of 20%. Hovering over this post, however, is the dreaded possibility of a no-response to a partial or full. I’ll be a lot less eager to close these out, and will probably engage in a bit of nudging before I do. Not because I’m any more confident that silence in response to the additional material is any less indicative of failure to engage agent’s interest, but because of the principle involved. My principle, which is the expectation of common courtesy. The agents asked to see more, and I don’t think leaving me in the dark about what they think of my novel is acceptable behavior.

That’s my story, and I’m sticking to it.