After writing this morning’s post on the subject of ebook covers I couldn’t resist the temptation to try something.

I began about 9:00 AM, it’s now 5:00 in the afternoon, and although the air around my writing desk is still blue with the less-than-polite language I used while insulting Adobe Photoshop Element 8’s parentage, I managed to get a “first draft” cover image done without throwing my computer through the front window.

The manuscript is in 13th draft (with countless unnumbered revisions along the way), so I fully expect there to be many more attempts at a cover before I finally give up and hire a professional.

In the meantime, I intend to keep trying, if for no other reason than I still don’t understand half the stuff I did. And if anyone tries to tell me that using Photoshop, even the amateur version I have, is intuitive, I may have comments about their parentage as well.

Without further adieu, here is version one of the ebook cover for Pilot Error: 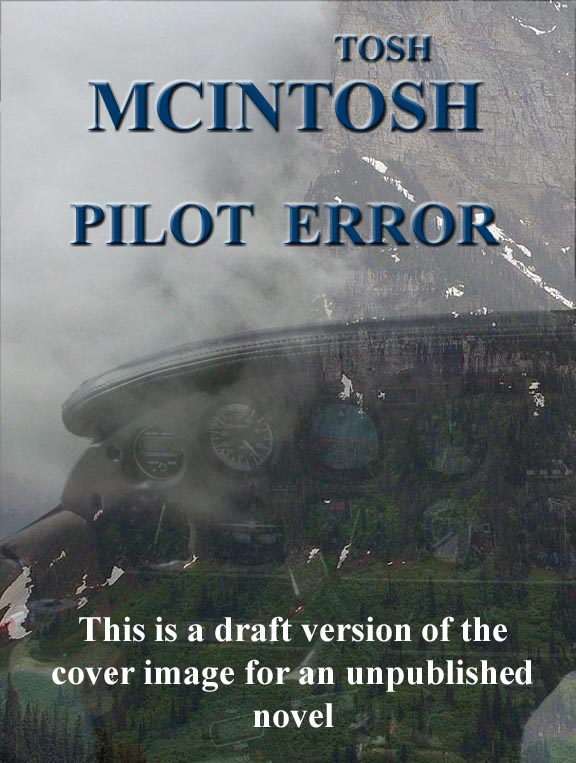