Military Words of Wisdom – Part One

You’ve probably heard the saying, “Military intelligence is an oxymoron.” I don’t know who first said it, but my guess is that it wasn’t a civilian expressing the opinion that being clever, bright, brilliant and quick-witted is mutually exclusive with being in the military. I think the originator was in the military, making the point that many of the things we do in service to our country often seem less than smart. Like putting ourselves in harm’s way, which comes with the territory when we join up.

Given that harsh reality, it should come as no surprise that the military finds wisdom where few in the civilian world would ever think to look. As a public service, therefore, I have gathered together some of the most astute, intuitive, insightful, and perceptive examples of military words of wisdom.

“Never tell the Platoon Sergeant you have nothing to do.” – Unknown Marine Recruit

“If it’s dirty, clean it. If it squeaks, oil it. If it works, don’t screw with it! – USAF Electronic Technician

“If you see a bomb technician running, keep up with him.” – USAF – Ammo Troop

A Navigator’s Definition of Latitude & Longitude: “Latitude is where we are lost, and longitude is how long we’ve been lost there!” – USAF navi-guesser (as opposed to navi-gator)

“If something hasn’t broken on your helicopter, it’s about to.”

The two most dangerous words in a two-pilot airplane are: “Watch this!”

The most valuable advice an instructor ever gave me: “Always keep the pointy end forward.”

The three most common words spoken by lousy pilots who can’t keep the pointy end forward: “You got it!”

“Mankind has a perfect record in aviation. We’ve never left one up there!”

“You know your landing gear is up and locked when it takes full power to taxi to the terminal.” 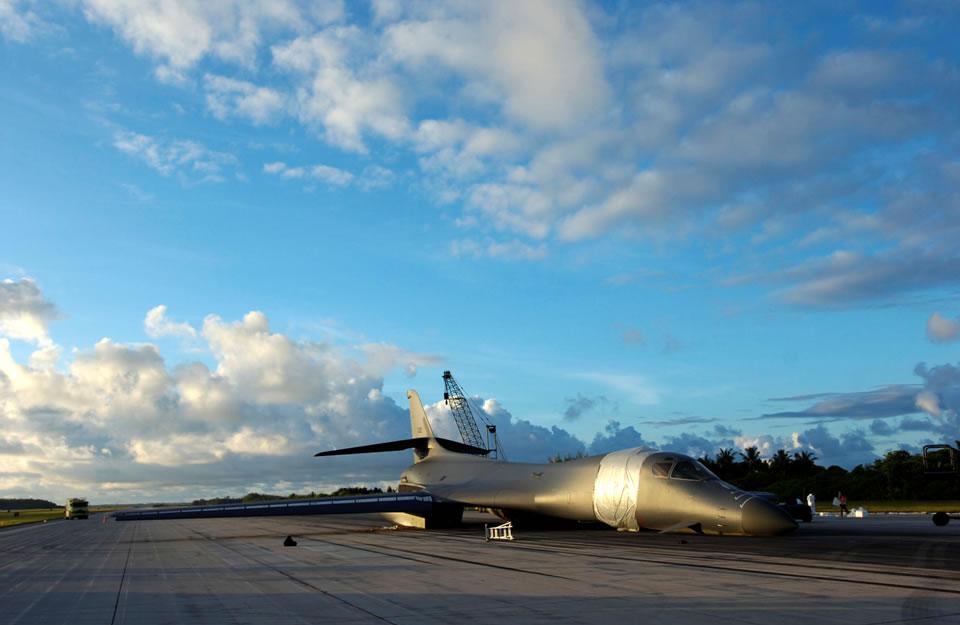 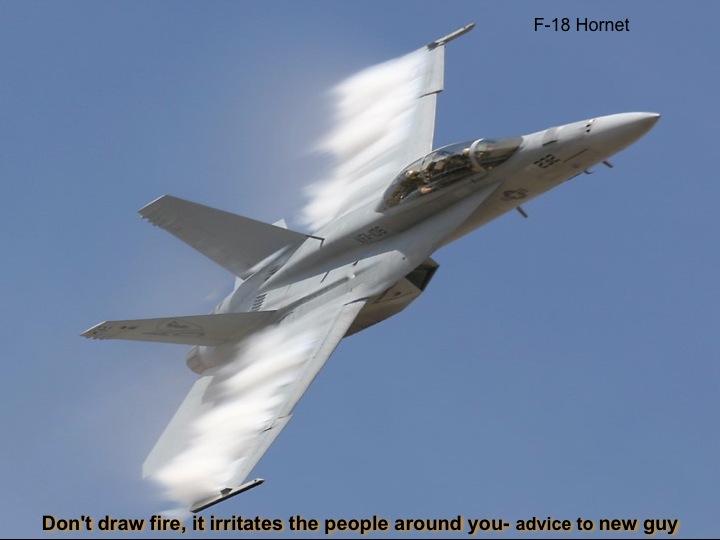 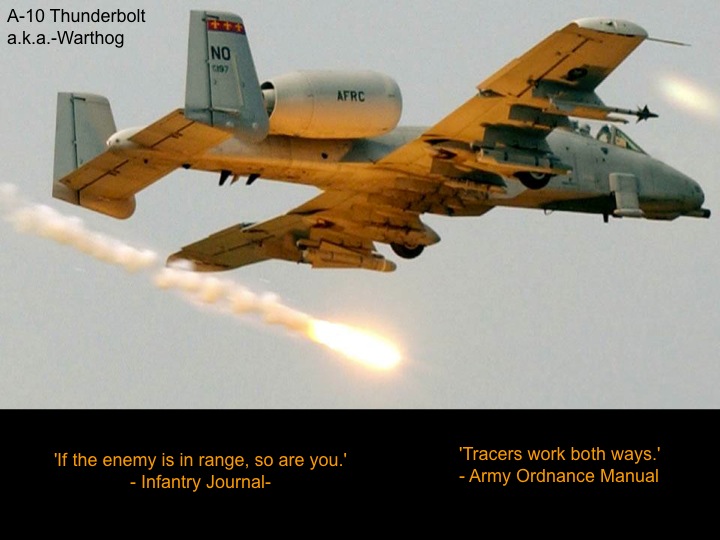 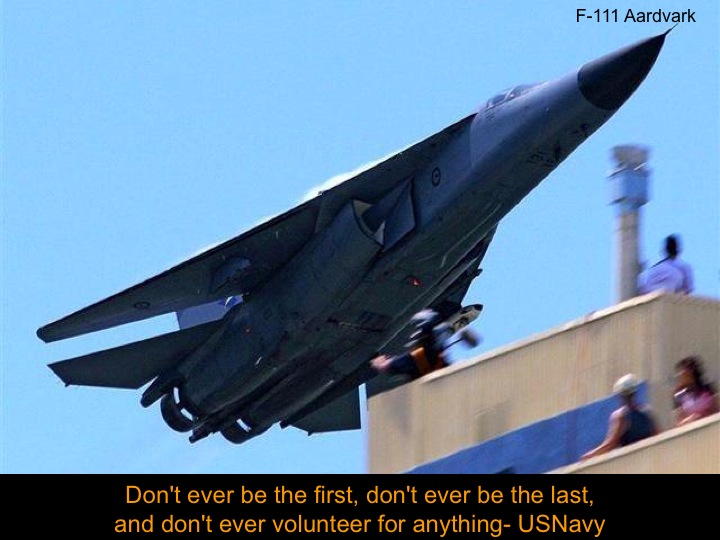 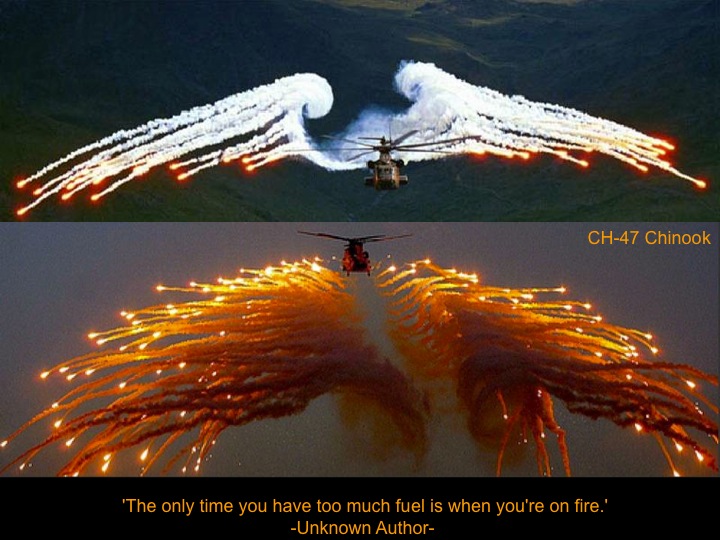 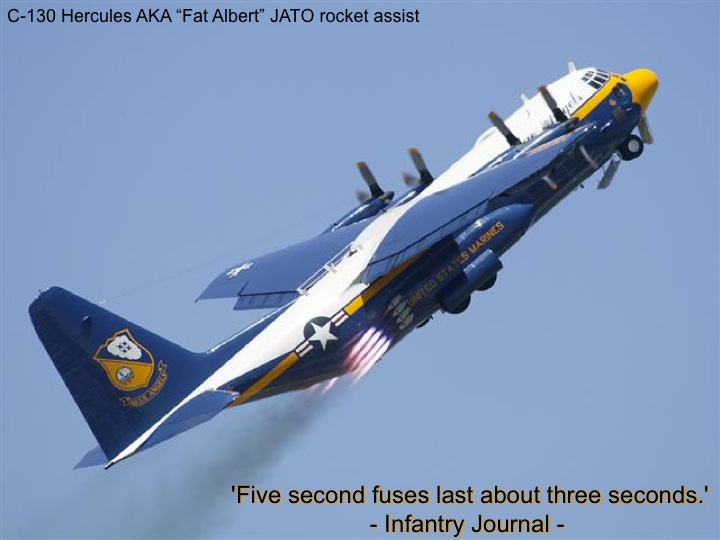 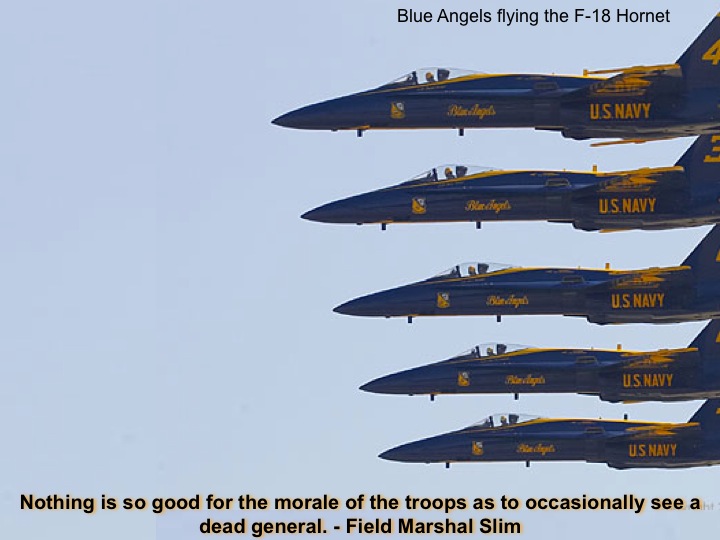 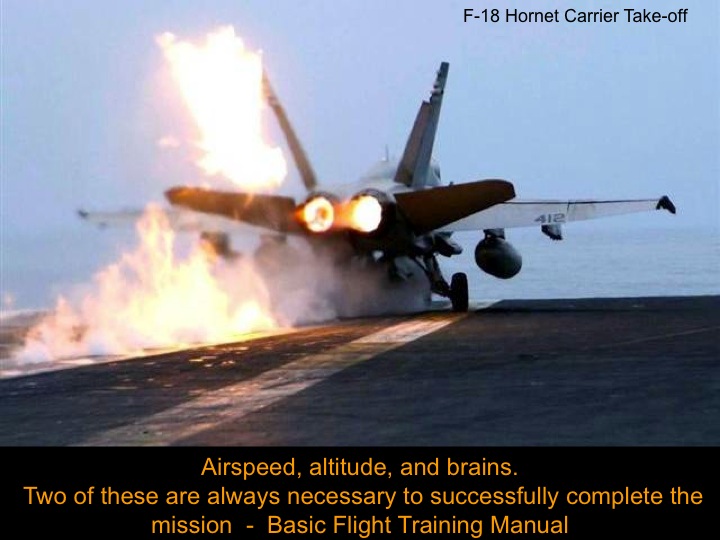 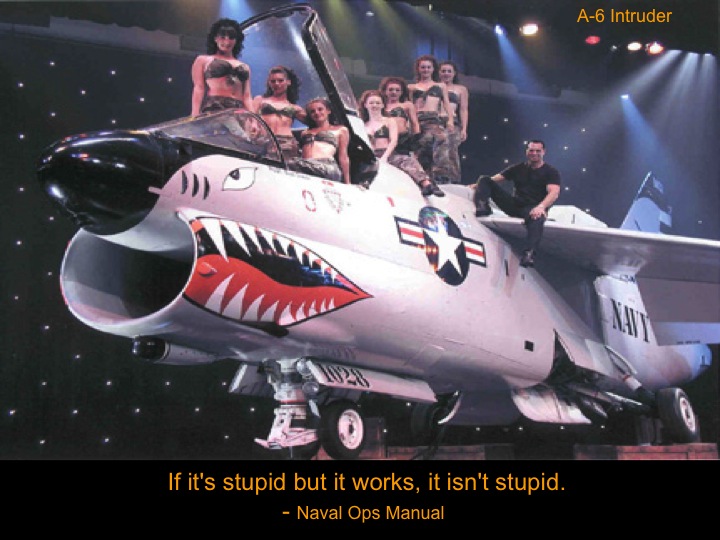 “Military Words of Wisdom” will continue with Part Two . . .