A friend sent me a video link that I absolutely must share. It’s as if I’m compelled to write this post for deeply personal reasons I cannot ignore. I’m calling it Part One because watching the video generated conflicting thoughts and emotions, and to address them in a single post feels like trying to mix oil and water.

TIC refers to combat situations in which “grunts,” (an attack pilot’s term of respect for any friendly forces on the ground) are in close contact with the enemy. CAS is what attack pilots provide to assist the grunts. FLIR is the system that generates video based upon differences in “IR signature,” which simply means variations in temperature. Night doesn’t become day, but it’s no longer night. 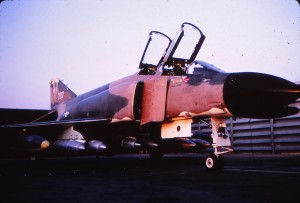 During my two combat tours in Vietnam, I flew many CAS missions. In my personal papers are cherished thank-you’s from grunts who felt that my intervention and that of other fighter pilots on the mission saved their lives. It does not get any better than this in terms of personal satisfaction for a job well done.

This post will not address the specifics of conducting CAS in fighters. I’ll save that for another time. But what it will do is connect the words and actions of attack pilots in the video to those of myself and other fighter pilots 45 years ago. At the core of this post resides that commonality, and it is a bond that no one who hasn’t experienced it will ever fully appreciate. All I can do is try to give you a hint of what it’s all about.

Few (if any) attack pilots I have known would look down from the cockpit and say, “Gee, I wish I were down there.” And I’ve never met a grunt who wanted to be up there with me. 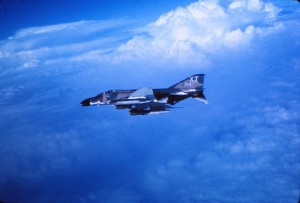 Think about that for a moment. The attack pilot’s attitude isn’t hard to understand. Who in their right mind would want to leave the relative comfort and safety of the cockpit thousands of feet above the fight and get right down into it with an M-16?

But why wouldn’t the grunt wish for the ability to say, “Beam me up, Tosh!” and leave the horror of close combat behind? I’ve never understood that, and so it remains a mystery to this day.

And yet in spite of the fact that attack pilots and grunts exist in polar-opposite universes, the single, overriding and unbreakable connection spanning the divide is mutual respect. What you will see in the video is the modern equivalent of that reciprocal admiration as demonstrated every day and night in Afghanistan, Iraq, and anywhere else in the world that our government (and by proxy, the citizens of America) choose to put our servicemen and women in harm’s way. 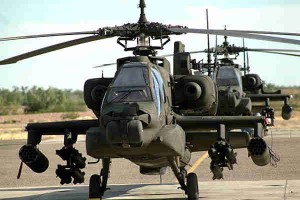 The action documented in the video and audio is from an AH-64 Apache twin-engine attack helicopter. On the ground in the dark of night, grunts on patrol have encountered a sniper in a single-story building, firing from the left of three windows, and who has hit one of their buddies.

The wounded man lies exposed to the sniper’s continued fire, but he’s still able to return fire as his comrades take cover behind a wall and maneuver to engage the sniper. The problem is that from their position, they are facing a side of the building with a solid wall and they can’t put any rounds inside the building and on target.

Enter the Apache, and what you see and hear is the rapid and precise coordination between the grunts and the attack pilot required to eliminate the threat. The action is interspersed with interviews from both sides of the grunt/attack pilot divide, and I encourage you to watch and listen carefully as these warriors talk about their mission.

The action video is from the FLIR with information superimposed on it, including the most important item, the “gun sight” or aiming point for the Apache’s M230 30mm chain gun.

Then get ready for the real show as the 30mm turns the building into the concrete version of Swiss cheese.

I’m going to stop here. In a follow-up post, I’ll address another element of my personal connection to this amazing display of US firepower, which is how and when and for what purpose we choose to use it.

Here’s the link. I encourage you to select full screen, turn up the volume, and watch it all the way through. And if this topic interests you even the least bit, please be on the lookout for Part Two. 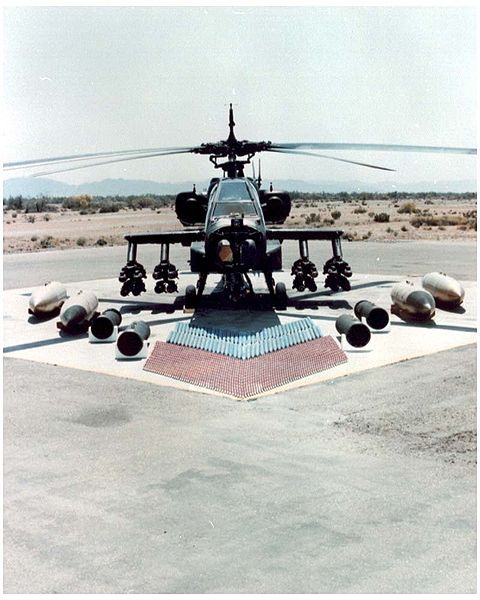