Filled with type-A personalities, aviation is a world of competition on multiple levels. One of the most striking dividing lines is that between pilots of fixed-wing and rotary-wing flying machines, that is, airplanes and helicopters.

Any non-flyer knows full well what a wing is and that airplanes have them. Most non-flyers probably think that helicopters don’t have wings, but they’d be wrong. Each rotor blade develops lift with essentially the same principle the wing of an airplane uses. But the fundamental difference separating airplane and helicopter pilots into divergent universes is this: the former like it better when the wings stay put, and the latter want them moving really fast.

Airplane pilots love to toss barbs at chopper jockeys, like: “Helicopters don’t really fly. They just beat the air into submission.” And, “If something’s not broken on your helicopter, it’s about to.” And, “If the wings are traveling faster than the fuselage it has to be a helicopter . . . and therefore, unsafe.”

The chopper pilots I’ve known usually don’t rise to the bait. The reason for their silence is elementary: they know that what they do is harder, and while anyone can fly an airplane, it takes real men and women to keep the right side up a helicopter. To demonstrate this reality requires comparison of only two hypothetical examples.

First, if an airplane pilot takes a helicopter pilot who has never touched the controls of an airplane for a flight and says, “Wanna fly?” I predict they wouldn’t die in the next few seconds. The opposite scenario, however, puts the machine and both occupants in grave danger, and the reason can be illustrated as follows:

If flying an airplane can be compared to chewing gum and walking at the same time, flying a helicopter adds patting your head, rubbing your stomach, hopping on one foot and jumping over hurdles while balancing a full glass of water on the big toe of the other without spilling a single drop. At least that’s what it felt like to me on the one occasion I tried it.

All airplanes, by the way, have both fixed and rotary wings. Each blade of a propeller acts like a wing, but the lift it produces is called thrust because it acts toward the pointy end of the airplane rather than perpendicular to the wings. And if you didn’t already know or haven’t guessed it by now, let me assure you that each fan blade in a jet engine also acts like a wing. So you see, this aviation stuff is really simple. But I digress.

A good friend and fellow military veteran received the photos below from a Marine buddy and forwarded them to me as another example of the essential difference between fixed-wing and rotary-wing pilots. His introduction describes it well:

“These fixed-wing boys are something. Ever wonder why they are so carefree, jovial, and fun loving, contrasted to a chopper pilot’s deadly serious and earnest demeanor? Could it be, as one of our wise leaders told me, that jet pilots can eject?”

Very likely so, and here’s the forensic evidence of an impromptu photo op that proves it:

As requested, a British Royal Air Force fighter pilot flies up to the back door of a C-130 for a photo op. He radios, “How much closer do you want me?”

They radio, “How much closer can you get?” 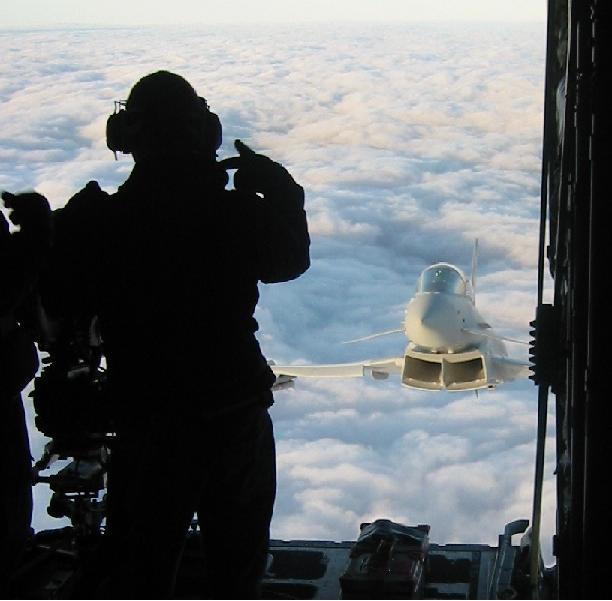 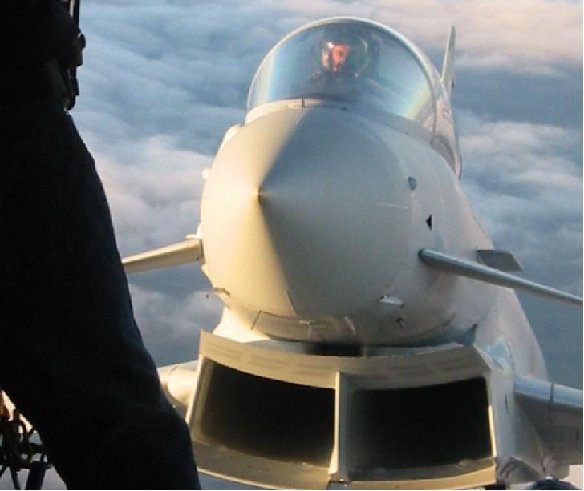 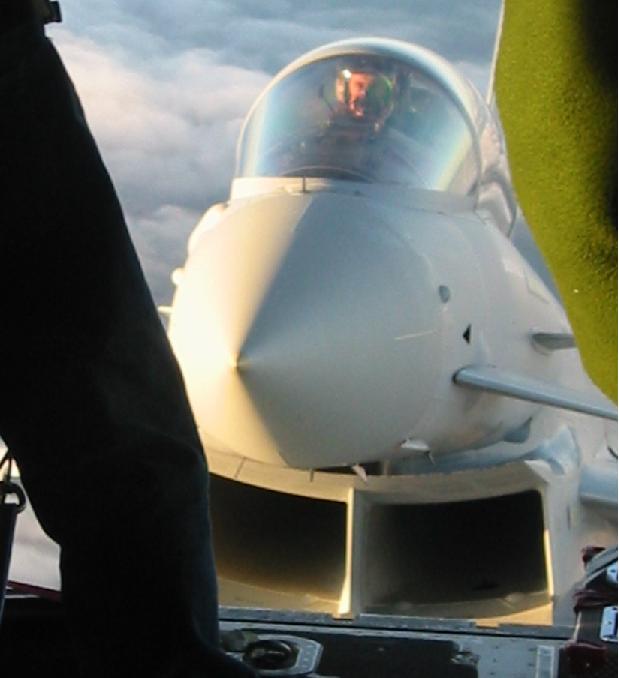