I participate in two writer’s groups, one that meets twice a month (currently with 15-20 regular members) and another that meets weekly (with 4 active members).

For various reasons, members of the smaller group haven’t been submitting material for critique as consistently as in the past. Rather than cancel our meetings, we often decide to participate in a free-for-all in which the discussion guides itself. Someone might suggest a topic, or ask a question about a particular aspect of another member’s novel, and we’ve never had a problem with silence in the room.

Last Tuesday, three of us met with no pre-established agenda and ended up running over by a half hour. The discussion began with individual updates on progress with our novels and agent searches, but soon transitioned all by itself into an exploration of why we write.

The other two members described very early voracious reading habits and interest in word-smithing. I’ve heard writers mention long lists of books they read as youngsters and how that served as the seed from which the desire to tell stories grew into a compelling necessity. They can’t not write. And in many cases, it appears that to ignore the writer in them is to deny the connection between who they are as individuals and why they write.

I remained relatively silent for a good part of the meeting, which for those who know me might be considered as indicative of having passed out. To the contrary, I listened to the discussion with attentive interest, driven by what in retrospect I can only describe as detachment. That might sound contradictory, but it felt at the time as if they were talking about something foreign to me, and that I needed to understand by stepping back for a broader view. To offer a bit of backstory to justify that statement, most of my writer friends consider their novels to be mainstream literary. If asked to explain what that means, a hundred writers very likely would provide about that many definitions. Writing isn’t a science (thankfully), but that also leads to a pervasive undercurrent of miscommunication when writers gather. You’d think that as wordcrafters, we’d be really good at expressing ourselves. For the most part in my experience that’s true. But as mentioned elsewhere in this blog logbook, it doesn’t take much to stir up a discussion, and terminology often serves as the spoon.

In my opinion, the most basic distinction separating one type of fiction from another is that of whether a novel can be considered literary or something else, commonly referred to as commercial fiction. I personally think there’s a better term, because one source describes commercial as the only appellation applied after the fact based on the number of copies sold.

I prefer to consider fiction as being most broadly separated into literary and genre (or category) fiction for two reasons: the clearest definition of literary is no defined genre, and the recognition that writers, agents, editors and publishers don’t define genres. The market does, and it’s driven entirely by reader expectation. To take that reasoning a step further, I submit that readers of literary fiction don’t know what to expect, and the uncertainty is a primary reason they like it. 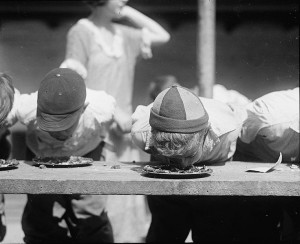 that which exhibits exceptional mastery of language. The creative use of vocabulary and syntax invites readers to linger over single sentences and not be in a rush. One source described the difference between literary and genre fiction by contrasting a three-hour fine-dining experience with a pie-eating contest. Literary fiction often deals with difficult topics. It pushes against cultural boundaries of subject matter and human behavior. It stretches comprehension and addresses fundamental issues of human existence. And in most, if not all cases, it flows from within and reflects the writer’s personal experience. Not in terms of specific real-world events and characters, necessarily, but on a deeper, universal level that transcends individuals.

At one point in the discussion, one of the members asked me something to the effect of, “What about you?” My answer contrasted what I’d been hearing from them with a far different motivation behind my desire to write. Unlike many of my writer friends, I have no message to convey, no target behavior or thought or attitude to change as a result of having read my novels. To insinuate that their writing has an agenda and mine doesn’t may seem like a criticism, but that’s not my intent. I simply write for different reasons: to share my love of aviation and tell an entertaining story. If I can increase a reader’s understanding of what it’s like to be an aviator, I’ve exceeded my expectations.

As we ended the discussion, one of the members offered the observation that my approach to writing shared the most important element common to all writers:

the irresistible need to sit down and do it. And the three of us agreed that for those friends and acquaintances who say something like, “I’ve always wanted to write a novel, but I’ve just never gotten around to it,” the best advice we can offer is, “Then don’t even try.”

It’s one of the hardest things I’ve ever tried to do. Strangely enough, in spite of not having reached the elusive goal of publication, it’s also one of the most rewarding.

2 Responses to Why We Write