Beginning earlier today, February 7, 2011, up to 5,000 word fighters crammed into each half of  the Amazon Breakthrough

Novel Award (ABNA) corral drew their pens and fired word bullets as Amazon editors began reading the Pitch for each valid contest entry. This part of the melee will not end until February 22, 2011, at which time only 1000 word fighters will remain standing in each half of the corral. 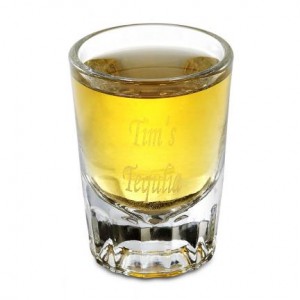 Following most shootouts, survivors head to the saloon for a shot of rotgut whiskey. They frequently overshoot their original intention to celebrate responsibly by tossing down multiple shots (I realize the previous sentence is shot full of shots), and they usually end up very much the worse for the wear the next morning.

But from what I can tell by reading the rules, Round One survivors will avoid the possibility of a morning-after hangover. Amazon does not identify the contestants who advance to Round Two, which begins on February 24 and ends March 13, 2011. For six weeks, it’s happening out there somewhere, in Amazonspace, and all the contestants can do is go about our business and ignore that which is beyond our control.

That may be hard for me. During the two-week entry period, I managed to resist the ever-present temptation to take another look at the Entry form, the Pitch, the Excerpt, and the Manuscript. As a world-renowned word-tinkerer, who allows doubt to creep onto a page while doing nothing more than getting a cup of coffee, two weeks is a very long time to leave the words where they lie. Six weeks seems like an eternity.

Maybe this was the first step in turning over a new leaf. Or not. More than likely I simply didn’t think about the contest very much after submitting my entry, and I ended up surprised last Sunday evening when I realized that the contest materials were figuratively going to be chiseled in granite at midnight. Any attempt to review them would be nothing more than surrendering to the familiar word-fiddle obsession that feeds on self-doubt and the pervasive belief that I can do better than that.

Maybe I can, but I won’t know if the Pitch and Excerpt were good enough to put me in the top 5% until March 22, 2011, when Amazon  posts each Quarter Finalist’s Excerpts and their associated reviews online.

In the meantime. like the mobster says, “Fahget abaht it.”

P.S. For a more literary commentary on ABNA, do yourself a favor and visit Marian Youngblood’s delightfully fun and thought-provoking blog.

Self-described as a Writing weblog, local, topical, personal, spiritual, Marian’s theme, inserted images, and delicious writing provide an experience both pleasing to the eye and stimulating to the mind, even one as generally comatose as mine. She also entered the contest, and I have a sneaking suspicion that her pen shoots straighter than the one I’m holding.