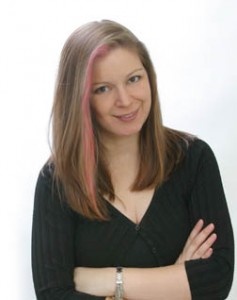 Yesterday, my friend and fellow writer Deanna Roy entered a plea for help on facebook. Facing a deadline, she had her query letter ready but couldn’t get the first five sentences of her novel Baby Dust written well enough to last overnight. And no, that doesn’t mean she’s using invisible ink.

Anyone foolish enough to tackle the daunting challenge of writing a novel knows all about the phenomenon. Many of us can’t retire for the evening without stopping by the writing desk for a last look at the latest word count. Maybe it’s something we’ve been working on all day, and finally, we think we’ve got it.

Next morning, as soon as real life allows, we’re back at it, eagerly opening the document to read what we expect to be the final version. And it sucks. A conversation with our muse ensues. (I know. The rhyme sucks as well, but I couldn’t help myself.)

“Who wrote this garbage?” you ask yourself.

“You did,” the muse answers.

And so it goes. In my current writing universe, the 300-word pitch for the Amazon Breakthrough Novel Award contest has hijacked my attention for the past couple of weeks. Each morning, I’ve had to re-engage with the beast in what feels like mortal combat. At one point, I called in reinforcements by asking a few writer buddies (and buddettes) for their opinions.

We’re all well aware of the hazards in doing that. You know, the adage about “Don’t ask the question if you can’t stand the answer.” They can offer suggestions and I’m free to accept or reject and no one allows feelings to get in the way of respectful interaction. As always, that helped a lot. 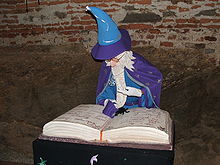 Throughout my struggles to create a query letter for agents and the pitch for this contest, I’ve used a criteria I refer to as “the overnight rule.” Implementation means that I keep revising and tweaking and fiddling until that magical moment in which I open the document in the morning and can honestly say, “I don’t think I can do better than this right now.” It’s like a warm fuzzy that spreads over me, along with a smile, a nod, and the confidence that the words serve the intended purpose.

There may be writers who can accomplish that quickly. I envy them. For the rest of us, we try to help each other as best we can. Of all my writer friends, Deanna is probably the most experienced at writing query letters and sending them out, which is a crucial distinction. I would gladly sacrifice selected body parts to achieve her success rate, which for query letters means the ratio of queries to requests for additional material.

Some time ago, Deanna made a comment that I think may have finally gotten through my thick skull and mingled with grey matter. We were talking about queries and she said something to the effect of, “I start each new version of the query from scratch.”  At the time, I recognized her reasons for doing that, but in the interim I must say that I still tend to make a copy of my previous attempt, save it as a another version number, and begin editing what’s already on the page. 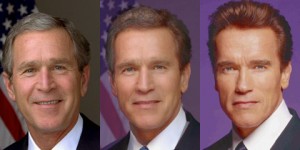 Two days ago, I grew weary of trying to massage my current ABNA pitch. Something about it just wasn’t right. So I began anew with a blank document. The result morphed over the next two days into something that worked well. (Or at least I thought it did. In reality, the change was very similar to the one pictured at right.)

And so,  last evening that version began to stink. Garbage-quality stink. In frustration, or maybe desperation, I opened up the previous version, and although to call it an epiphany might be overstating the case, a couple of small tweaks and moving sentences around in one paragraph resulted in a kind of “Ohmigosh” reaction.

I haven’t yet opened it this morning. When I do, if it still reads as smooth and tight as I thought it did last night approaching the bewitching hour, it’s a wrap.

Or, I could end up eating those words in a display of public consumption. I’m going to publish this post before I hold my breath and double-click on ABNA Pitch v5.1.

Standby for feast or famine.

One Response to ABNA – The Pitch Redux