Of all the unwelcome events in aviation, a forced landing is one of the most dreaded, yet unlikely, emergencies a pilot will ever face. To begin your flight at an airport and end it in a hayfield pretty much defines an aviator’s bad day. 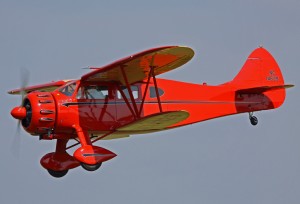 The only reason to do that, of course, is because you can’t make it to an airport. Engine failure in a single-engine airplane limits your options for landing to somewhere within the airplane’s glide distance. That’s the reality behind the saying that one of the most useless things pilots can have is the altitude above them.

We’re taught that at the first indication of an engine problem, immediately turn toward the nearest airport, begin slowing to “best-glide” airspeed (which maximizes the distance flown over the ground for every foot of altitude lost), and initiate appropriate corrective action, if there is any. 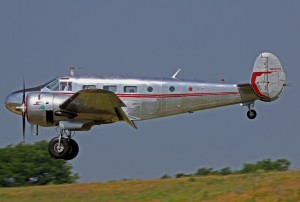 Depending on conditions at the time of failure, twin-engine airplanes can generally make it to an emergency airfield if one engine fails. Pilots are taught how to do that safely during initial training on the aircraft and required to demonstrate proficiency in engine-failure procedures during recurrent training.

If an airplane with more than two engines loses one, the pilots can’t ignore it, but they have many more options available. For example, as opposed to the standard “land as soon as possible” emergency procedure, they can elect to land as soon as practical. The crew of an airliner might overfly smaller but less well equipped emergency fields to land at a larger airport with more support capability. With these considerations in mind, consider an event on September 7th, 2010.

A Russian Alrosa Airlines Tupolev Tu-154M suffered electrical system failures that rendered inoperative its radios, navigation equipment, fuel pumps, and other controls. None of the three engines failed, but the longer they remained airborne, the more critical the situation became and the combination of multiple failures threatened safe recovery of the airliner.

Below them in the forest sat Izhma Airfield, closed since the early 2000’s to fixed-wing aircraft (i.e., anything not a helicopter). They put the aircraft down on the closed runway, overran the departure end by 600 feet, and all 80 persons on board survived. Quite a story, but that’s not the really good part.

Sergey Sotnikov had worked at the airport since 1978 and had risen through the ranks to earn the highest position. After part of the airfield was closed, he maintained the abandoned runway — without approval or compensation — out of a personal sense of responsibility.

While the pilots and crew have been honored by the Russian president and the story of their emergency landing will be made into a movie, Sergey’s efforts and involvement have earned him the respect and admiration of his countrymen and recently made him a hero of the people. 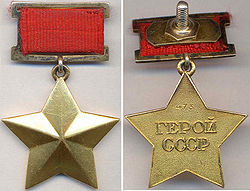 Russian bloggers united and led a campaign to award him with a “people’s prize” that acknowledged what they called the daily heroism of his work. With no authority to grant Sergey formal recognition or a government medal, they collected money and recently awarded it to him. RT news reports that “Sotnikov turned out to be modest and initially rejected the monetary prize.” But when he was told that the people who had contributed would be offended if he did not accept the money, he conceded. According to RT, “he plans to spend the money on renovating the [airport’s active] helicopter pads.”

Think about that for a moment. Sergey will use money given to him as a reward for personal initiative to maintain the airport even better than before.

As Vinnie from New Jersey would say, “What a guy!”