Much of the controversy over airport security procedures has evaporated as Americans accept the inevitable. Some do so because they believe that whatever TSA does is necessary to ensure their safety. Others because, in spite of their objections, they don’t have the option of not flying. In any case, it’s another example of government actions that ultimately become an unavoidable part of everyday life, in this case for anyone who travels by air.

A letter to the editor in Monday’s Statesman typifies one of the main reasons Americans often resemble sheep. In it, the writer suggests that anyone who doesn’t like the security measures should take their car, the bus, the train, or charter their own plane. This last option, of course, is an absurd suggestion for the majority of the traveling public. Then the writer tells us to “stop wasting the time of our elected officials.” I can’t even begin to address all the things wrong with that last statement, so I won’t even try.

What I will do is follow up on my previous post on this subject titled “The Hidden Highway” by referring to a recent incident as reported by the online aviation news source AVweb and ABC News. 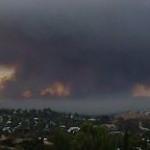 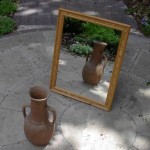 Earlier this month, an airline pilot posted a video to YouTube describing airport security practices in which he states, “As you can see, airport security is kind of a farce. It’s only smoke and mirrors so you people believe there is actually something going on here.”

AVweb: “In the videos, the pilot compares the security measures faced by passengers and flight crews with those faced by airline ground crews. He details that passengers and flight crews must remove their shoes and pass through metal detectors, and may be subjected to further screening. Meanwhile, says the pilot, ground crews swipe a magnetized card to access restricted areas that could in turn give them intimate access to baggage, aircraft, or both. The pilot also shows tools available to all cockpit crews after passing through airport 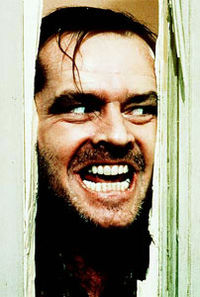 metal detectors and states, ‘I would say a two-foot crash axe looks a lot more formidable than a box cutter.'”

No kidding. Think “Here’s Johnny!” in The Shining.

The pilot’s employer took no action other than to get the video removed, but TSA is all over him like a cheap suit for “violating regulations concerning disclosure of sensitive security information.” They sent six people to the pilot’s house to retrieve his firearm, and he may face civil penalties.

As mentioned in my previous post, TSA has admitted the fallacy of requiring cockpit and cabin crew members to pass through full-body scans or submit to enhanced pat-downs. The pilot’s objections to that will be overcome by events when TSA finally gets around to implementing the new procedures. But his comments about the dichotomy between security measures for passengers and those for airline ground crews are absolutely germane. 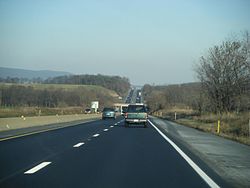 Americans need to understand something. What you see at the airport is security theater providing the illusion of safety, while underneath your feet, out of sight, another world exists on a hidden highway because of the absurd decision-making within TSA. What kind of lunacy identifies crews, little old ladies in wheelchairs, and babies in strollers as threats and totally ignores a far more dangerous loophole?

What is it about this that’s so hard to grasp? If it’s so important to irradiate and/or grope anyone who climbs on an airplane, what about the ground crew who decides to commit a terrorist act? Has anyone considered that he or she might be more tempted to bring an explosive device into the secured area of an airport and sneak it on board an airliner because they don’t have to commit suicide when it detonates at 35,000 feet? How about that baggage handler with easy access to thousands of unlocked bags per day?

To ignore the potential for a tragic security breach because the traveling public doesn’t see it is hipocrisy in the extreme, and all TSA can do is threaten someone who exposes what they want to keep secret because it’s so sensitive.

God help us if we trust these people to keep us safe.