As always, let me open with the caveat that this post in no way intends to convince anyone of anything.  It’s nothing more than a personal observation regarding exploration of the writer’s craft.

“It was a dark and stormy night . . .” These seven words open the novel Paul Clifford and set the stage for the topic of this blog post.

We know that current story time begins in the middle of a storm, described by Victorian novelist Edward Bulwer-Lytton as “. . . the rain fell in torrents — except at occasional intervals, when it was checked by a violent gust of wind which swept up the streets (for it is in London that our scene lies), rattling along the housetops, and fiercely agitating the scanty flame of the lamps that struggled against the darkness.” But what happened before the storm began?

The term “backstory” is most often used to describe events prior to page one of a novel, and it represents an important structural element of fiction. Mastering control of backstory involves three separate and distinct components: what do readers need to know, when do they need to know it, and how best can the writer incorporate past events into current story time?

During my struggle to improve handling of backstory, I’ve found it instructive to consider the difference between backstory and what I refer to as background. Backstory is anything that happened to characters as individuals or as a group prior to page one. Background is information the writer determines to be essential to the reader’s understanding of, or appreciation for, some aspect of the story about which readers will not generally be versed. Here’s an example of common backstory: A rural Oklahoma town was wiped out by tornado twenty years prior. This single event affects all residents and creates a defining moment in each character’s life. The storm divides their lives into before and after. It also creates a bond. A newcomer who didn’t lose a home, loved one, or livelihood in the tornado will never be completely accepted in the way the townspeople look at themselves.

Individual backstory is unique to a single character. In this hypothetical example, the main character was seven years old when the tornado hit. His family perished and he was sent to live with relatives in another state. Never fully integrated into the foster family, he suffered the emotional abuse of neglect. As the novel opens, the character is returning to his hometown as an adult looking for reattachment to his lost childhood. Personally, I prefer to read novels that tend to move relatively quickly, and that has led me to use the analogy of a train (the novel) sitting in a station connected to a steam-driven locomotive (the plot) waiting for passengers (the readers).

Front-loading backstory in a novel is like letting passengers board the train and then beginning the process of heating the boiler. This only encourages them to seek other modes of transportation. But if the passengers have to leap from the platform onto the train as it roars through the station, they never have the opportunity to disembark later when I slow up a bit at the right moments to insert relevant backstory. That brings me to the different techniques available for rewinding into the past.

The “full-blown” flashback. This is most commonly a separate scene, told moment by moment with dialogue and action as it happened. It can be considered an acceptable “info-dump” under certain circumstances. For most purposes, we’re advised to use flashbacks sparingly. Readers will expect (without verbalizing the thought) that what is included there is important to the story and worthy of their attention. The bad news is that current story time comes to a screeching halt during the flashback. The longer the story remains in the past, the more disinterested readers generally become. Whenever I consider using a flashback, I try to make it especially engaging and relevant to a significant plot event.

Less than “full-blown” flashback. Backstory inserted into current story time with narrative can best be achieved by a subtle verb-tense shift that “signals”  transition into the past. Since past tense is by far the most common treatment in modern western literature, I’ll use it as an example. 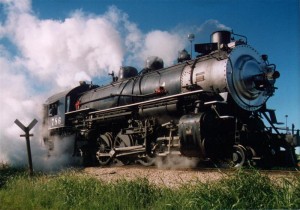 Readers interpret past tense as happening a split-second before they read it. If I use one past-perfect verb to signal the shift, return to past tense for the narrative flashback, then use one more past-perfect verb to regain current story time, readers will absorb what is happening without knowing why because they have been “conditioned” by common convention to do so. This technique usually works best for longer rewinds, but uses narrative summary of events rather than dialogue and action.

“Info-bit-ing” backstory into narrative and scene. This technique inserts small tidbits of the past with a combination of mini-flashback, narrative, and hero thought and dialogue without slowing the story down. The secret is to write mostly in scene with dialogue and action and not pause for lengthy periods to digress into the past. As with the other methods, it’s important to choose well about what to tell, how to tell it, and when.

Background is different than backstory, although the methods for inserting it need to follow the same techniques because of the potential negative effect on pacing. Here’s an example:

The story is set in 1920’s America and begins on the East coast. The main character is a recent widow who decides to return to her hometown in San Francisco with her young daughter. She’s never driven an automobile, but her husband’s brand-new Ford Model T Touring Car is now hers.

In spite of everyone telling her to sell it and take the train, she ignores the advice and decides to drive it across the country. This situation of a woman in  jeopardy provides a rich source of characterization by presenting a problem that requires learning new skills and possibly finding an ally, classic storytelling elements in fiction based on concept of the inciting event.

This story cannot be written without extensive research into this specific Model T: how much it cost (her dead husband would have to be able to afford it), how you start it, reliability issues, road conditions at the time, the route she would have taken, and all the myriad of details involved with driving across America in the 20s.

Small decisions can make a lot of difference in how much of this detail enters into the story. If the author decides that the main character has driven automobiles enough to be familiar with them, then it’s sufficient to show the character doing whatever is necessary. In my hypothetical example, however, she needs to learn. 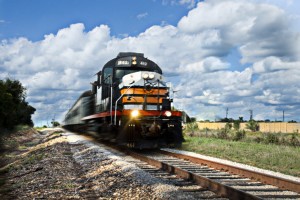 How much text time should be devoted to this “lesson?” One author might decide to cover it in a sentence or two. Another might use a few paragraphs of narrative to prepare the main character for the trip. Personally, as a reader I would feel cheated, because I think the details would be interesting enough to spend some time with. That would be especially true if the character teaching her about the car were a man, maybe with romantic interest, or better yet, nefarious intent.

In conclusion, I’ve tried to incorporate backstory and background into my writing with special attention to the effect on story movement. Keeping steam in the boiler and the train chugging down the track is never a bad thing.