In the spring of 1964 I graduated from college with a reserve commission as a 2nd Lieutenant in the United States Air Force and a report date of 15 November, 1964, to begin Undergraduate Pilot Training (UPT) and a four-year active-duty obligation. With a college buddy, I drove my ’55 Chevy Bel Air from Seattle to Dallas with the agreement to sell it to him for the return trip to his home in Washington.

I bought a brand-new ’64 yellow Corvair and spent the summer and fall working in an office products supply warehouse filling orders for businesses and schools. Some of the money I earned went to renting airplanes to maintain at least a modicum of proficiency as a pilot. I don’t recall thinking that flying a small trainer would have any particularly useful relationship to the jets I’d learn to fly in the military, but it seemed like a good idea at the time.

With a military A-4 duffel bag stuffed with civilian clothing, my uniforms and a few personal items, I drove from Dallas to Lubbock on my report date and approached the main gate with a lump of apprehension trying to close off my throat. A new world awaited. Had four years of participation in ROTC prepared me for the big changes just ahead?

I pulled over to the side of the road and stared through the windshield at the guard shack, chain-link fence stretching to either side as far as the eye could see, tan buildings set among a few trees here and there, and maybe, through a small gap, was that the tail of an Air Force trainer?

And where were all the airplanes? Why didn’t I see any in the traffic pattern? Then this little voice said, “Because it’s Sunday, you fool.”

Oh, yeah. I knew that. Time for the game face of confidence.

I drove up to the gate and handed the guard my military ID card and a copy of my orders. He examined them, noted something on a clipboard, gave me a packet of papers and directed me to the building where the Officer of the Day would officially sign me in. As I thanked him, he stepped back from the car and saluted. 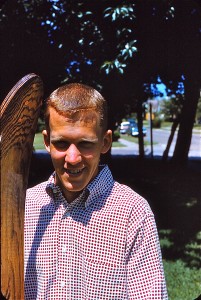 To this day, I remember my surprise. We offered and received salutes frequently when in uniform during ROTC drill days, but this was only the second time I had received one for real.

The first salute was more of a tradition than anything else. After commissioning ceremonies at the University of Washington, I stepped out of the auditorium wearing the shiny gold bars of a 2nd Lieutenant. One of the enlisted members of the ROTC detachment crossed the street to approach me head-on. He snapped me a salute. I returned the salute. He congratulated me, smiled, then held out a hand and tapped the palm with the first finger of his other hand. I stared at him in confusion until it dawned on me that the next move was mine. I got out my wallet and gave him a dollar bill to follow a long-standing custom for first salutes to newly commissioned officers.

After signing in with the Officer of the Day, I reported to the housing office for assignment to Bachelor Officer’s Quarters. Following the map to find the building I’d call home for the next thirteen months, I passed the flight line and had to stop for a moment. Through the chain-link fence separating the flight line from the rest of the base, I stared at a ramp filled with idle T-37s and T-38s.

In less than twenty-four hours, I would begin training to become an Air Force pilot. I’d have to master everything there was to know about those two trainers and convince my instructors that I had earned the right to advance to the next step. 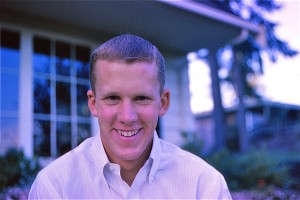 Failure was not an option, because I wouldn’t be able to re-enter civilian life until I had completed my four-year obligation. To wear the uniform of an Air Force officer without the wings of a pilot pinned to my left breast would have been an unimaginable purgatory. The fact that so many others did with pride, honor, and distinction didn’t matter. This was all about me and the challenge I faced.

At least for moment it was, until meeting my classmates added a whole new dimension to my immediate future.