On Friday, July 30th, 1993, I created a Word document on my new Mac PowerBook that began my first novel, Oasis.

My goal was to tell the story of a pilot’s career. Not mine, because I didn’t want to write a memoir, and at the time it was still in progress. So I decided to infuse a series of novels with the personal experience of what it means to be a pilot, and I envisioned four, one for each of the career stages best described as follows:

Stage three: “I am God’s gift to aviation and therefore invincible.”

Stage four: ” That sure was fun. I wish I could still do it.”

At that time I was flying for Continental Airlines, and my position at the low end of the seniority list meant hours of boredom sitting on reserve or flying inefficient trip schedules none of the more senior pilots wanted. The laptop was my salvation. In it I found an imaginary world waiting to be explored.

Oasis is set about 50-75 years in the future, which probably puts it in a sub-genre of Sci-Fi. Future Fiction is described by one source as pre- or post-apocalyptic, Earth-based or barely interstellar, with advanced but recognizable technologies.

I’ve long held the personal view that mankind has the ability to seriously degrade or ultimately destroy our ability to survive on this planet, and that two primary causes are environmental pollution and overpopulation. Using that springboard, I established a setup in which the Earth is in crisis and the US has had to close off its borders. We have managed to achieve indefinite sustainability with sufficient clean water and food production, but we are in danger of being overrun by the “barbarian hordes at the gates.”

In backstory, the US reversed a downward trend in budgeting for space exploration after failure of the international space station to reach operational status. America alone proceeded with plans for establishing a biosphere on the surface of the Moon. As the novel opens, Space Station Oasis orbits the Moon and serves as the transhipment point for supporting construction of the colony.

Oasis is fully operational with about 3000 crewmembers, all of whom are volunteers with indefinite tours of duty in space. Due to the unprecedented commitment to an open-ended assignment, families are allowed. The main character is thirteen years old, and due to a one-time waiver of an otherwise inviolate policy of population control, Toby Williams is the only human being ever conceived and born in space.

Toby’s dream is to become a pilot and qualify for the Space Command like his hero Captain Brett Larsen. But when he learns the impossibility of achieving his goal, Toby is forced to take extraordinary measures, which ultimately put him in the path of a master terrorist intent upon seizing control of Oasis. The objective: control access to the space colony and auction the best chance for long-term survival to the highest bidders. With this story idea I began writing. As mentioned in a previous post, another Continental pilot who had written a novel told me that agents and editors expected to clearly see within the initial pages of a manuscript that the author had mastered the structural elements of modern fiction. I had no idea what he was talking about, so I researched the topic and decided to keep on writing as I endeavored to increase my knowledge of what the “how to” books had to say. I’ll save for another post the topic of whether that was a good idea.

Except for this: one source recommended writing every scene “for everything it is worth” and making no attempt to be word-frugal. The source used the word “distill” to describe what would happen during subsequent drafts to reduce the word count. In addition, to err on the side of more was supposedly preferable because the industry would be more tolerant of trimming the excess than trying to fatten up a skinny manuscript.

Four years later, I had a complete novel with over 484,000 words. That’s not a typo. In retrospect, during my research I must not have read the part about suggested word counts for first novels by genre. Six drafts later, I had reduced the novel by half. In my naivete, I concluded that the novel was ready for prime time. 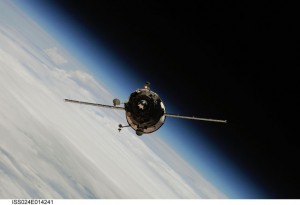 Over the course of a month or so, I sent off fifty queries and received a unanimous verdict of form rejection. This painful experience taught me the perils of prematurely concluding that the story and the way it was told met professional standards. The time had come to regroup.

Through the Writers’ League of Texas I received three suggestions. First, consider writing a mystery because that’s the most popular genre and it may offer a better chance of getting published. Second, take a course in how to write a mystery. Third, join a writer’s group.

Oasis and a partially completed sequel went on the shelf when I took that advice and began my current novel, Pilot Error. Please visit again soon for the back story on that ongoing effort.