My first novel Oasis begins a series that tells the story of a pilot’s life in four stages. The third stage is epitomized by the following attitude: I am God’s gift to aviation and therefore bulletproof.

Many different pilot behaviors characterize the danger of false invincibility. A recent article in ePilot, an online magazine of the Aircraft Owner’s and Pilot’s Association, titled “Nowhere to Turn,” illustrates a prime example.

In this instance, a fifty-four-year-old airline captain with thousands of hours logged in the air purchased a 1948 Cessna 140 and planned to fly it to a family event the same afternoon. It all began right there and ended in tragedy. 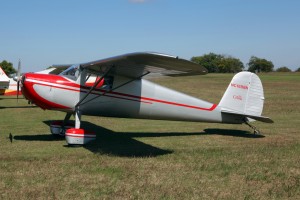 The pilot had reached what is considered to be the pinnacle of civilian aviation. Depending on his career path, he very likely was in the top percentile of pilots at his airline, which meant the equipment he flew, his pay scale, and his work schedules couldn’t be very much better.

Every work day, from the moment he shows up at the airport, he’s in charge. He works for a chief pilot and the airline, of course, but when it comes to operating his flights on that trip, no one can usurp his decisions unless he allows it to happen. Following preflight preparations, he climbs in the cockpit of a jetliner with all the latest bells and whistles. Yes, he’s a pilot and he has all the requisite “stick and rudder” skills, but the day-in, day-out job of an airline pilot is more of a systems manager than anything else. The airline wants him to use the automatic systems to the maximum extent because almost without exception, the airplane can fly itself more precisely than a pilot can. 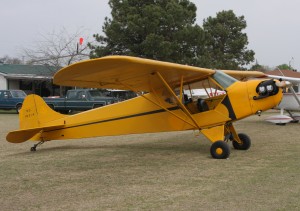 So that’s the environment within which he had accumulated the vast majority of his flight hours. In this case, he more than likely had at least some recent light-aircraft experience, including “taildraggers” (as opposed to conventional trycycle landing gear), because he elected to fly his new purchase on the very day he took possession.

Weather conditions along his planned route of flight indicated widespread IMC (instrument meterological conditions), which both legally and sensibly required filing of an IFR (instrument flight rules) flight plan and contact with air traffic controllers from takeoff to landing. The pilot knew all about how to do that because he’d never done anything else when flying for his airline no matter how clear the weather might have been.

But he had a problem. His Cessna 140 was equipped with only the most basic instrumentation, none of which was suitable for anything other than VFR (visual flight rules) operation. And here’s where the bulletproof syndrome kidnapped the decision-making process.

He couldn’t have possibly looked at the weather forecast, with low clouds, poor visibility, icing, and light snow, and not realized how dangerous it was to takeoff with an airplane that didn’t even have an attitude indicator that would allow him to lose sight of the horizon and the ground and still maintain his pitch and bank angles within safe parameters. That’s just asking for it, and the weather gods delivered when he abandoned common sense and good judgment thinking, “I can do this.” To quote from the AOPA ePilot article: 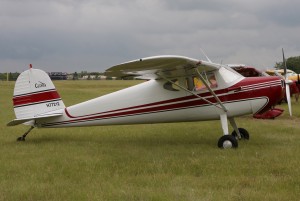 “. . . the airport closest to the accident site reported overcast skies at just 400 feet, with a mile and a half visibility in mist and a one-degree temperature/dew point spread [in other words, perfect for structural icing]. The airplane impacted level ground nose-low while banking to the left; the 300-foot debris field suggested that it hit at flying speed. The main wreckage was found just 100 yards from a field of 400-foot-tall wind turbines. That day, their blades would have reached the bottoms of the clouds.

“Investigators found no evidence that the Cessna hit any of the windmills. Instead, data recovered from the pilot’s GPS suggested that it tracked the direct line from [departure to destination] at altitudes from 300 to 600 feet agl [above ground level] until a little more than two minutes before the crash, when it abruptly turned 90 degrees to the left and flew east for about a minute. It then made a figure-eight turn [he doesn’t know what to do next] at altitudes between about 900 and 1,500 agl–well above the reported ceilings [he’s in the clouds]–before the GPS data ended [he crashed]. While the report

doesn’t specify whether the wind farm was depicted in the instrument’s database, the track data suggest that the pilot hadn’t known it was there. The sudden emergence of towers reaching into the clouds must have come as an unpleasant surprise.”

This pilot calls it dumber than a stump.