If the title of this post is black and/or you see the fighter-pilot header, click on the title to view the featured image header and continue reading.

In September, 2011, I had just published Pilot Error and wanted to get started on the next book in the series. Fresh from all of the previous effort, both in writing Pilot Error and learning everything necessary to produce the book, I approached the task with a level of confidence that in retrospect should have forewarned me of the surprises lying in ambush.

I’m a writer-group writer. Over the years of struggling to create a story that works, the benefits of being critiqued during the process have proven to be essential, especially in relation to a small group of four writers that meets weekly in my living room on Tuesday afternoons. I had barely begun the first draft of Red Line when I began receiving comments about one of the characters that caused me to re-evaluate her role in the story.

Leaving the details for another post, suffice it to say that the two female characters swapped roles in terms of who was the antagonist to Nick Phillips’ protagonist. As soon as that began to happen, I had a choice to make.

Should I go back to the beginning of the novel and revise the manuscript to incorporate the new characterization, or note the changes I’ll need to make in the second draft and keep writing? Over the years, I’ve learned that the first option can easily create what’s known as the “circular revision syndrome.” My efforts get stalled in the early portion of the novel and progress is painfully slow to non-existent. So I chose to finish the first draft before addressing the changes I knew would be required.

My confidence when writing the second draft also turned out to be misplaced. I thought I was completely redefining the character roles, when in reality they were a combination of the old and the new. Writers talk about the character arc, or how a character changes through the course of the novel, but the reshaping has to be organic to the story and not due to what we refer to as “editing artifacts.” Remnants of the old character were not allowing the new one to be fully realized.

The third draft was better, but still didn’t do justice to the new characterization. I simply didn’t recognize all the places in the story that reflected the old and needed to be updated. But to the everlasting credit of my fellow writers who stuck with me through this ordeal, we got ‘er dun.

One of the major changes in indie publishing a paperback with CreateSpace, Amazon’s print-on-demand (POD) service, is a feature called the Digital Proofer.

When I published Pilot Error in late 2011, the procedure was:

But the Digital Proofer now provides authors with the opportunity to shorten the process considerably. Once notified that the review process is complete, during which CreateSpace quality controls the cover and interior files according to a set of pre-publication criteria, authors can use this online tool to proof the PDF file that will be used to print the book, and view a 3-D image of the wraparound cover. This is a marvelous feature.

An eBook cover is like looking at the front cover of a print book, and they are relatively simple as compared to one with a spine and back cover. Of particular importance is the junction of the spine with the front and back, because depending on cover design, you want to avoid “hard” lines there, especially with POD books.

The reason for this is the possibility that during the printing process, a 1/8″ shift in cover positioning can occur. A hard demarcation line exactly on the junctions between the spine  and the front and back covers is effectively hidden. But shifting it to either side can be unsightly, and authors need to pay attention to how it appears on the final product. Prior to the Digital Proofer, the only way to check that was to get a proof copy in your hand.

I’ve inserted five screenshots of the 3-D proofing tool provided by Amazon to illustrate how effective it is for checking the final appearance of the cover. On my first review of the Red Line cover, I found the text on the spine shifted slightly toward the back and was able to adjust it in Photoshop. If you look closely, you can see it in the image of the spine. It’s not much, but with the Digital Proofer, I easily eliminated it before printing any copies. 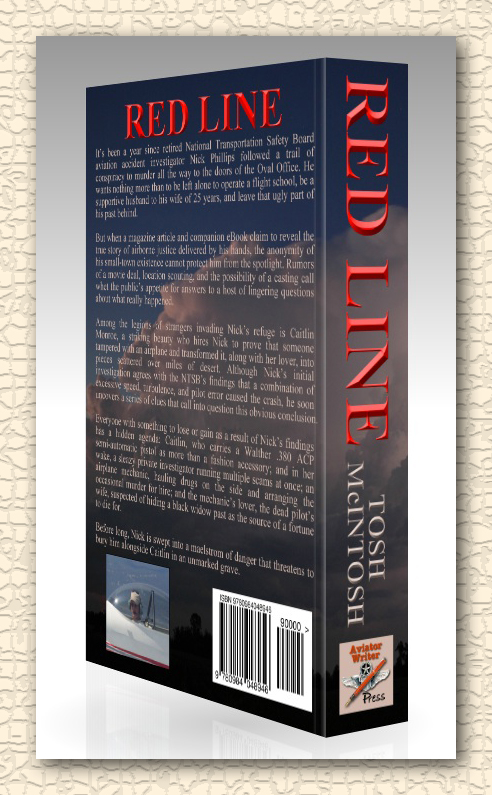 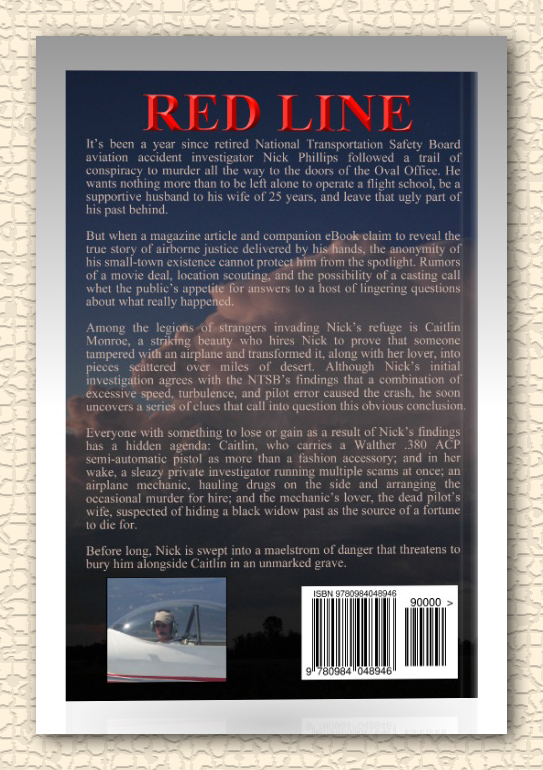 This entry was posted in Red Line. Bookmark the permalink.