It’s Sunday morning, October 28, 2012, and sitting at my computer with my first cup of coffee, I couldn’t resist the temptation to document a few personal observations from my experience in the Violet Crown Publishers booth at the halfway point of the Texas Book Festival weekend.

This being my first time attending in any capacity, I had little advance notion of what to expect. Cynthia Stone, her good friend and fellow author Beth Fowler, and yours truly had spent the previous afternoon and last-minute preparation time that morning hauling all the books, poster display grids, posters, chairs, two tables, and small giveaway promotional materials from my truck into the exhibition tent and trying to make everything fit in a limited space. Lara Reznik, jetlagged and coughing, skillfully avoided the set-up chaos by just having returned from a vacation in Europe with her husband Rudy. I’m joking, of course, and luckily she recovered sufficiently after a night’s rest at home to join us before the festival began. 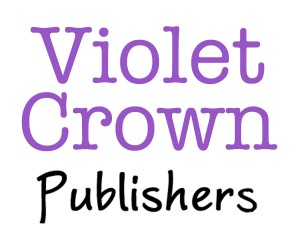 I’m no good at the visualization of how the booth should look, so my role became that of a helper. Which is a good thing, because my compulsion to straighten everything up would have been completely incompatible with the carefully designed look of clutter on the big eight-foot table supplied by the festival. Books, books, and more books. Not like Penguin, USA in the booth close by, of course. They filled about three booths on our side of the tent and one or two across the aisle. But for an itty-bitty indie operation, especially with the poster display designed by Cynthia, we had no reason to hang our heads.

Truth be told, I expected to spend seven hours in the booth twiddling my thumbs while shoppers bought all the other books on the table. My three would be sitting in lonely stacks, forlorn and pitifully indicative of no one’s interest. I didn’t know where to stand. The booths are small, with narrow spaces on both sides of the display table, and no matter where I decided to park, I didn’t want shoppers to feel as if they stepped inside, I’d be on them like a used-car salesman who doesn’t understand “Just looking” and becomes a shadow.

At one point early in the first hour, a shopper stops and picks up Lara’s The Girl From Long Guyland. Beth makes eye contact with Lara and mouths something like (and I paraphrase with embellishment), Pounce on him and sell your book! Lara and I talked a little about this tactic and agreed that we weren’t comfortable doing that.

A little while later someone stops and picks up Pilot Error. My heart climbs into my throat as I get ready for the first of what I expect to be many rejections during the day. But this time, Beth uses a different tactic. Rather than wasting her efforts on me, she steps up to the guy and says, “If you’d like to meet the author, he’s standing right here.”

That’s my cue! I shake hands, we talk a bit, and in a drop-my-jaw move, he asks me how much.

“I have a special for you today, sir. You can purchase the novel and receive my two small non-fiction books on flying and writing in a bundle for only ten bucks. Now that’s a deal, don’t you think?”

Lo and behold, wonder of wonders, he agrees.

Enter the tag-team approach to greeting visitors to the booth. Here’s how it worked:

Someone stops and picks up one of the four novels at the head of the table from a stack of a few lying flat with a copy front cover out on an easel, bookmarks casually lying between each book.

Secret eye-signals pass between the authors. An author who didn’t write the book engages the visitor in casual conversation, always with the message that the author who did is close by.

Nine times out of ten, the visitor made eye contact, accepted a handshake, and engaged with us.

I’ve got one day of the book festival behind me and have no business making any observations of import, but a little knowledge has never stopped me before.

I’m an unknown author with unheard of books, and although visitors can be attracted to a cover, flip the book over and read the back-cover description, open the book and read a little of the first chapter, they still have to get past the natural reticence of never having heard of Tosh McIntosh.

Seven hours of standing in that booth has convinced me that personal contact, beginning with a question or two directed at the visitor rather than an immediate sales spiel, opens the door. I often asked the visitor if he or she might be a pilot and/or a writer, and in every case, the conversation shifted easily to what the book was about. And in retrospect, I believe that the author’s passion for the book is the key to generating enough interest for the visitor to take a chance with their money.

My bundling tactic has to be considered as well. I sold three books together for an amount that barely covers my cost to pay for the copies and the shipping. But it’s not about the money, and never will be for the vast majority of indie or legacy authors.

A book festival is about promotion. Most if not all of my writer friends might read this and think (or more likely say), “Are you just now figuring this out, Tosh?”

Well, yeah. I’m a slow learner, I guess. But in the final analysis, whether or not any of the buyers recommend my books to their friends and assist with promoting it, this has been (and will be today) an amazing experience.

With another day at the festival under my belt, for a total of 13 hours in the booth, I can report that except for what John Candy in the movie “Planes, Trains, and Automobiles” called “barking dogs” in referring to his sore feet, the experience was positive and enjoyable. One unexpected benefit turned out to be multiple opportunities for practicing my spiel when someone asks me what the story is about.

Writers are advised to have ready at a moment’s notice what is called a “30-second elevator pitch,” a term derived from the following scenario at a writers’ conference, and which assumes that the writer’s goal is to get an offer of representation from a literary agent:

You didn’t get a one-on-one consultation with your dream agent, so you’ve studied a photograph well enough to recognize him or her no matter how out of date the glamour shot happens to be. Throughout the conference, you’ve been on the stalk, watching, waiting for an opportunity that never seems to come.

You’ve seen the agent from afar a few times, surrounded by concentric circles of pushy writers all clamoring for the agent’s attention. The conference ends in a few hours, and you’ve all but given up. One last panel discussion you’d like to attend meets on the fourth floor in five minutes, and you’re rushing to get there.

The elevator door opens, you step inside without making eye contact with the only other occupant, stab the button labeled “4” and glance at the person beside you to offer a casual greeting and holy Toledo! It’s your dream agent come true.

Panic seizes your tongue, sweat instantly covers your brow, and all you can do is stare at the elevator door even though you know that this is it, the one and only time you’ll probably have to pitch your novel to the agent you are convinced will love it. And without that pitch ready, forget about it.

Standing in the booth at the festival, however, visitors are coming to you and you have an opportunity to give it your best shot at generating in a complete stranger sufficient interest in your book to result in a sale. By the end of the festival, I had it down pretty well and felt comfortable with how it was being received.

Practice means little, however, when dealing with some folks. Here are some comments:

Spare me, please. But I didn’t say that, of course. I smiled, nodded, played like the little dog in the rear window of a car with my head bobbing in agreement.

Cynthia J. Stone and Lara Reznik of Violet Crown Publishers, Beth Fowler and I talked a lot about the booth layout and came up with a number of ideas for the future. With limited space and four authors hovering about, what the visitors can see to attract their attention and how they approach the booth, enter if they need to, and exit, all have to be carefully considered.

And although we’re convinced we can do better, we received evaluations from others noting that the poster display on the free-standing grids at the rear of the booth was extremely effective, and we appeared to have more visitors hanging around and talking than many of the other booths. I have no idea if that’s true or not, because as reported in my Texas Book Festival halftime report, I never left the booth to see what other writers/publishers had done. My objective was to promote my books, and I couldn’t do that while absent from the scene.

All in all, the festival experience was well worth the time and effort, and we’re talking about not waiting for October, 2013 to attend our next one.