As reported in my last post in this logbook, I set up a “Seller Account” with Amazon and a shipping account with UPS to provide readers with the option of purchasing a signed copy directly from me. It seemed like a good idea at the time, even though I had no expectation that I’d get many takers. And in fact only one person has ordered copies to date. Five, to be exact, one for him and the rest as gifts.

We’ve been friends for many years, so I felt no shame in asking if he would order the copies through Amazon rather than simply ask me for them. As a test of the process, if you will, and he readily agreed.

We “hacked the clock” and noted when: he submitted his order; Amazon notified me; I delivered the shipment to UPS, and he received them. The results: on time, no damage to the merchandise, everything as advertised. Then I learned how much it cost.

To be fair to UPS, due to the packing materials on hand I had to ship two packages: a box with four copies and a padded mailer with one. I won’t do that again. 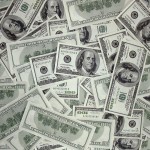 Should there be any more orders for signed copies, in the aftermath of this first shipment I most certainly will not do either of two things: ship one book via UPS, or split any shipment up into less than one package.