No Traffic Lights and No Rules

A friend sent me the link at the end of this post. It takes you to an absolutely fascinating movie, made with a camera mounted on the front of a cable car 105 years ago (1906).  It is without question the oldest “home movie” you will ever see.

Note the hats the ladies were wearing and the long dresses. Some of the cars had the steering wheels on the right side. I wonder when they standardized the location on the left? There were still a lot of horse-drawn vehicles in use, and mass transit looked like the way to get around. Everybody appears to have the right of way, and near misses don’t even warrant acknowledgment. I couldn’t watch it without wondering, Where are all these folks going?

At the 33-second mark and immediately after an oncoming trolley clears the screen, a well-dressed policeman walks across the street from left to right. Note that in his right hand he’s carrying a truncheon (26-inch police baton). And although he appears to be simply walking his beat, he looks ready to use it. Imagine the police of today carrying a 2-foot club rather than the modern equivalent, the tactical baton. Lost for many years, this is the first 35mm film ever. The number of automobiles is staggering for 1906. The clock tower at the end of Market Street at the Embarcadero wharf is still there. How many “street cleaning” people were employed to pick up after the horses? Talk about going green!

This film was originally thought to be from 1905 until David Kiehn with the Niles Essanay Silent Film Museum figured out exactly when it was shot. He used the New York trade papers announcing the film showing at the time, wet streets from recent heavy rainfall, shadows indicating time of year, actual weather conditions on historical record, and when the cars were registered. He even knows who owned them and when the plates were issued! Now that’s research.

The film was made only four days before the Great California Earthquake of April 18th, 1906, and shipped by train to NY for processing. What an amazing find. Click on the link below and take a video tour back in time.

No Traffic Lights and No Rules 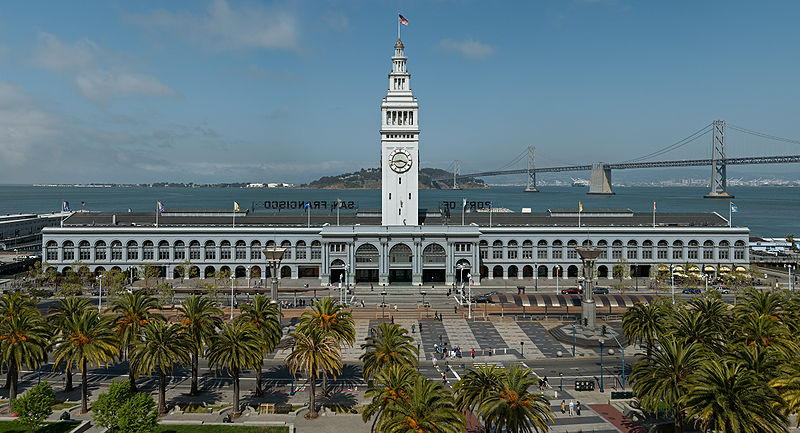