This post will address the topic of word origins, and I’ll offer two examples that are of special interest to me.

In the early days of the British Navy, sailors were often “recruited” by “press gangs” who prowled the dark streets of London and other seaports looking for young men in their cups from a night of heavy drinking. These hapless souls would wake up the next morning with a massive hangover, a view of nothing but open water around them from the rail as they tossed their cookies overboard, and their immediate future now sealed as ordinary seaman. 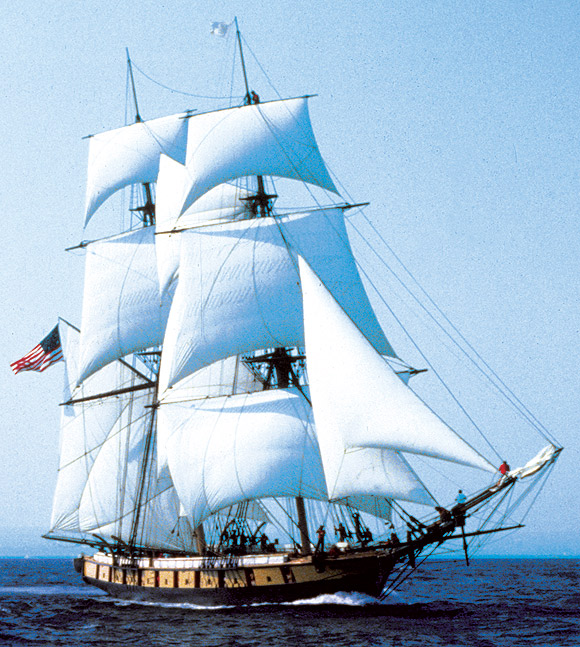 The next time they set eyes on England, often years later, they had seen more of the world than the vast majority of British citizens and brought home with them, among other things, seafaring words that gradually entered the language and lost their origins with the familiarity of everyday use. One such word is “pooped.”

Any sailor knows that a heavy “following sea” is one of the most dangerous conditions in open water. Waves strike the ship from astern, lifting it up to the crest where it reverses with the bow high and the stern low as the ship descends the windward side of the wave. Although that sounds uncomfortable, and it is, the potential for far worse is the real danger if the wave breaks over the ship before it can ride the leeward side up to the crest. If that happens, tons of water crash down on the rearmost part of the ship, called the “poop” deck. In seafaring terms, that’s referred to as being “pooped.”

Over the course of years, as sailors gradually returned home and re-entered British society, they brought with them a new vocabulary that slowly entered common use. So when someone asks you how you’re doing and you reply, “I’m pooped,” you are using a living, breathing example of how language changes over time.

That brings me to the next topic, that of taking to the skies in airplanes, which occurred for the first time in any great numbers during WWI when young Americans fought above the battlegrounds of Europe and then returned home . . . to do what? “How do you keep them down on the farm once they’ve seen LA?” doesn’t even come close.

The war to end all wars didn’t do that, of course, but the rapid downsizing of the military following the Armistice left thousands of flying machines sitting idle and worldly young aviators with nothing to do except help launch the age of the barnstormer and the flying circus. This is a wonderfully rich topic in aviation history that introduced the airplane to millions of Americans. My purpose here is only to illustrate one additional example of how new human activities can alter the language.

Although not as common as “pooped,” the word “hedgehop” is probably understood by most people as referring to a pilot flying very low to the ground so that a hop is required to miss a hedge. Considering that most hedges are not that high off the ground, an airplane has to be flying very, very low to engage in hedgehopping.

As a side note, let me point out that it’s also a very dangerous stunt that has killed more than its share of aviators. In the Fighter Weapons Instructor Course at Nellis AFB, Nevada, we taught students how to operate the F-4 Phantom in the very low altitude regime. Understanding well the competitive nature of fighter pilots, we always began that training phase with two cautions:

And remember this: in terms of flying low, the best you can do is tie the record.

Back to the point at hand, a friend and fellow writer sent me a Merriam Webster definition of a word I’d never heard in spite of almost five decades in aviation: flat-hat. 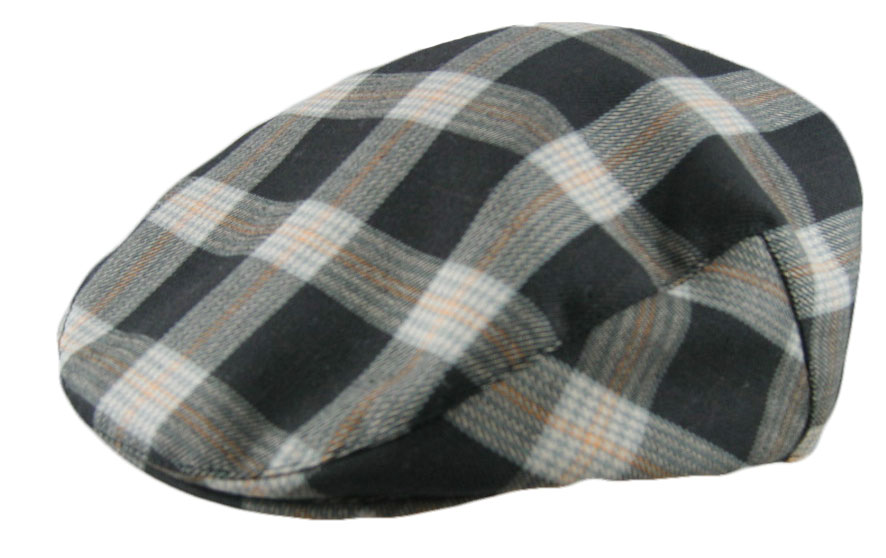 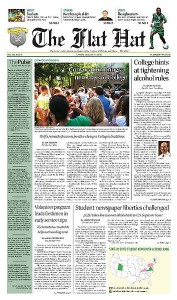 This headgear didn’t look anything like what an aviator would wear, so I Googled it for some background and discovered that although the official student newspaper at the College of William and Mary in Williamsburg, VA, is called the Flat Hat, the students are more than likely referring to the picture above. Needless to say, to me that’s not nearly as interesting as Webster’s verb:

flat-hat: to fly low in an airplane in a reckless manner; hedgehop.

Example sentence: Unable to resist the temptation to show off, the young pilot decreased altitude and flat-hatted over the county fairground.

Legend has it that the term “flat-hat” originated with an incident back in the days of the barnstormers in which a pedestrian’s hat was crushed by a low-flying airplane. According to one version of the tale, the reckless pilot was subsequently required to purchase a new hat for the hapless [and hatless] pedestrian. It seems unlikely that such an event actually took place, but we can well imagine how fear of having one’s hat smashed flat by a passing airplane might have given rise to such a vivid verb. “Flat-hat” first appeared in English in 1940; another word for flying low to the ground, “hedgehop,” debuted 14 years earlier. Okay, so I’m considering this and wondering, why not come up with a word of my own to describe flying recklessly low in an airplane? I’ve never engaged in such nonsense, of course, but what about Maj. Richard I. “Dick” Bong?

After becoming the United States’ highest scoring ace while serving in the Pacific Theater during WWII, Bong was assigned instructor pilot duty in California. To say he hated it would be a gross understatement. Returning from a mission one afternoon, he decided (impulsively is my guess, which is what often leads to such acts of exuberance), to “buzz” base housing. (Buzz: In aviation, to swoop an airplane low to the ground.) I wonder where that came from?

This was at a time when housewives didn’t have dryers. Bong ended up blowing laundry off multiple clotheslines into the dirt and getting himself grounded from flying duty. He also had to personally wash and dry every article of clothing he soiled.

So, to honor a Medal of Honor recipient, I propose we introduce the term laundry dumping. Or clotheslining. What do you think?

2 Responses to Flat-hatting with the Locals