Fiction After 50 and E-books?

A member of one of my writers’ groups came across a blog devoted to, of all things, an “online community of late-blooming novelists.” I visited the site, did a bit of reading, and found it to be a valuable resource at this stage of my writing “career,” which most definitely began after the half-century mark.

The blogger does a nice job of summarizing the reasons a person might bloom late as a writer of fiction. Most of them in one way or another describe my venture into the fascinating world of the novel, so his home page feels . . . well . . . like home.

What I didn’t expect to find, however, is the emphasis on electronic publishing. A writer who just this year qualifies as a “fiction after 50” novelist would have been born in 1961, a year far removed from current day in terms of electronic gadgetry. And while that’s not to imply a refusal to embrace the new world of e-book readers, I think it safe to say that most of that generation (and certainly those of an earlier time . . . ahem . . .) find the feel of a real book in their hands to be comforting in some way. Using an e-reader seems unnatural. I mean, how do you curl up with one of these things?

But this blogger does an excellent job of promoting the advantages of e-publishing versus the traditional method, and it just so happens that a synergism seems to be in play at the moment among my writer friends. At the Novel-In-Progress Roundtable on Sunday, April 10th, the “ice-breaker” question to begin the meeting asked each member whether they would consider self-publishing. I didn’t record the count, but if memory serves well enough, the consensus answer was no . . . until now.

As a preface to the icebreaker question, our fearless leader in NIP, Deanna Roy, noted for the group recent developments in the world of publishing that foretell the winds of change in a way that cannot be ignored.

Nathan Bransford, ex-literary agent with Curtis-Brown and a prolific blogger, recently ran a series of very informative posts addressing the news that Barry Eisler turned down a $500k advance on a two-book deal with a conventional publisher and plans to e-pub. Amanda Hocking, who reportedly became a millionaire in a number of months selling paranormal romance e-books to young adults, accepted a $2-million four-book deal with a major press. Barry went one way, Amanda the other, but both scenarios without question prove the economic viability of self-publishing, especially in e-book format.

And to visit the Fiction After 50 blog a couple of days later for another dose of why that approach makes so much sense has put me into a strange place. My personal goal has always been to become a published author through the traditional route of an agented submission to a major house. Anything less seems like second-rate.

But with no illusions as to how difficult that is (less than 2% of submitted material ever makes it into print), I’ve always thought of submitting direct to a publisher (a relatively few still accept un-agented manuscripts) and self-publishing as solutions of last resort. 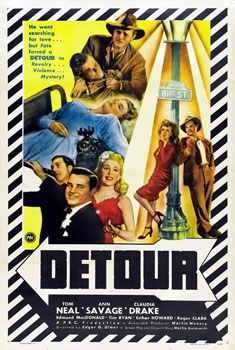 At present, however, I’m not so sure about that. The world of publishing is changing, and no market forces exist to reverse the trend of e-books grabbing an increasing share of sales. Bransford says they currently make up 20-30% of the market, which is huge, and it represents a significant increase within a relatively short time period.

My heightened awareness of this transformation has arrived concurrently with receiving positive responses to queries to agents. Having full and partial manuscripts out means very little in the overall scheme of things, however. Agents still decline to offer representation most of the time, and even if they do, the next hurdle at the publisher takes a toll. These roadblocks to traditional publishing are clearly elucidated in the Fiction After 50 blog and support the author’s reasons for being so positive about the e-book option.

For now, I’ve decided to continue submitting to agents to see where it takes me. If and when that route meets a dead end, the self-publish option is looking less and less like a detour to nowhere. For a road map, check out Fiction After 50.

3 Responses to Fiction After 50 and E-books?