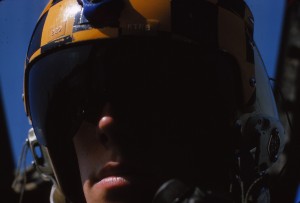 First off, let’s make it clear that as a veteran of a useless hot foreign war and an essential cold one, I have strong personal opinions about the manner in which America uses its military power in pursuit of national security objectives. So when I read a headline like “Biden Grows Optimistic About Iraq,” there’s no way I can avoid reading the article, this one by Gerald F. Seib in the Wall Street Journal. The following borrows heavily from that source. Although Biden recently presided over the Senate as it ratified a new strategic arms agreement with Russia, his personal most important national-security moment occurred earlier that same day when he called leaders of Iraq’s key political factions to congratulate them on having finally formed a new coalition government. In an interview, he said that while failure to ratify the agreement would have been “really bad,” the “really big story is [a stable] Iraq,” because that objective is crucial to the paramount requirement of American policy: building up bulwarks to stop the expansion of Iranian influence in the Middle East.

Oh. Now I get it. We were promised by the cowboy “W” that we wouldn’t be nation-building in Iraq. But bulwark-building is okay. These guys are really tricky with the words.

Biden’s optimism is rooted in the inability of Iran to influence formation of the new government in Iraq, in spite of handing out money to the tune of $100 million trying to buy outcomes. And when achieving that objective through Iraqi supporters failed, the Iranians unsuccessfully tried making Prime Minister Nouri al-Maliki their own.

Biden’s positive evaluation is also heavily influenced by his personal involvement while he was a senator and now as Vice President, having made six visits to Iraq and weekly calls to Mr. Maliki and other factional leaders among Shiites, Sunnis, and Kurds to nudge them toward agreement.

That begs the question, of course, as to how much America has spent trying to buy the outcome we want. In the meantime, while ignoring the runaway budget crisis at home, we’ll continue to crow about the good news as defined by those who brought us to this point.

Mr. Maliki hasn’t (as yet) crossed the three “red lines” Washington insisted be avoided: to form a government without the participation of Sunnis, Shiites, and Kurds; to allow the followers of anti-American cleric Moqtada al-Sadr to control any part of Iraq’s security apparatus, and; to put Sadr’s followers in a position to bring down the government on their own.

Further justification for Biden’s optimistic view results from having looked at a map and concluding that “Iran has a long border with Iraq.” He acknowledges that they should and will have a relationship, but the new government means the relationship can be on Iraq’s terms. The ability of Iraq to resist Iran’s coercion is key to American policy toward containing Iran’s expanding influence and move toward nuclear weapons capability.

But in spite of Biden’s pat on the back to himself, ambassadors-to-Iraq Ryan Crocker, Christopher Hill, and James Jeffrey, he admits that “they’ve got a lot of hard decisions coming up now.” Giant problems remain, and Seib’s article provides an accounting to include: unfilled cabinet posts, others created as pacifiers to various factions, a Kurdish north riven by disagreements with Arabs, and Mr. Maliki’s announcement that U.S. troops cannot remain in Iraq beyond the end of this year unless a new security agreement is negotiated by then.

That bodes ill. We’re going broke, but we’ll find a way to justify borrowing more as we continue trying to buy the outcome we want. And based on our dismal record in Iraq so

far, in which total lack of oversight lost track of billions, we’ll throw billions more into a bottomless pit of fraud and waste on a gargantuan scale.

Civilian contractors must be smiling as they eagerly await the next opportunity to stick their greedy paws into a gushing flow of greenbacks.