Do They Listen to Themselves? 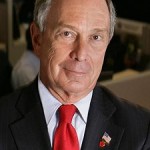 Earlier this week on the national news you might have seen New York City Mayor Michael Bloomberg speaking at a press conference in support of passing the James Zadroga 9/11 Health Bill to benefit rescue workers. His message: the time for debate and procrastination is over and Congress should pass the bill without further delay. A news item this morning indicates that the bill was defeated, but the underlying problem persists.

Let’s acknowledge that of all the topics touching the core of America’s conscience, “doing right” by first responders who risked their lives on that tragic day and in its aftermath is very likely at or near the top of the list. Nothing I write here in any way takes issue with the intent of the bill. It does, however, question whether politicians at any level of government truly listen to what they say with cameras and microphones gathered round. 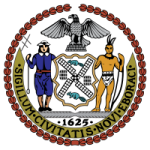 Consider the following for a moment, if you can wrap your mind around these figures: the outstanding public debt of the United States is almost $14 trillion; the budget deficit for the State of New York is forecast to reach $50 billion by 2012; the budget deficit for the City of New York is about $5 billion; Michael Bloomberg’s net worth is about $18 billion. My guess is he didn’t amass that obscene fortune by ignoring the balance sheets, so why is he doing so now?

According to Mayor Bloomberg, the $7.4-billion price tag for the bill will not increase the national deficit because it will be paid for “by other revenue sources.” He doesn’t name them, of course, but is it too much to ask for a few specifics without being accused of faulty patriotism? To avoid that, maybe the skeptic could simply point out that with few exceptions, government at every level in this country has been spending more than it can afford for so many years that we are fast approaching the point of never being able to claw our way back to fiscal sanity.

Historic deficits threaten to implode the already tenuous financial crisis. Did you know that state governments as a group currently face a projected near-term $140 billion budget shortfall? Federal stimulus aid of $800 billion dries up in early 2011. One expert says that it’s time to “take a fresh look at the proper role of state government. Redesign, refocus on real functions and if it’s not core, don’t do it.”

Well gee whiz, governors, why haven’t you been doing that all along? What happened to spending within your means? 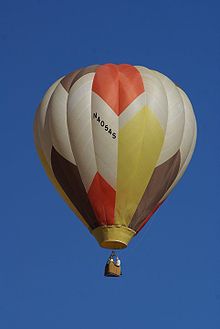 This isn’t higher math. Everything has to be on the table and the solution must be approached from both the spending and revenue sides of the ledger. The problem is, no politician wants to be held accountable for either increasing taxes or cutting spending, much less both, and these two volatile issues fuel the campaign rhetoric of challengers. Voters respond and ride incumbents out on a rail. Unfortunately, that solves nothing because elections in this country are like hot-air balloons.

The result is that we have 26 new governors facing a crisis in which campaign promises will have to be reconciled with harsh fiscal reality. Nine of them pledged not to raise taxes and promised deep cuts in spending. They didn’t provide any specifics, of course, but now it’s time to govern and make good on campaign commitments.

Does it surprise anyone that they can’t do that either? Education and health care consume the majority of state budgets (up to 2/3 of the total for some), and no politician can survive by putting those expenditures on the chopping block. So they’ll end up borrowing some more, which is no solution because years of this lunacy have finally caught up with them. This house of maxed-out credit cards is very close to collapse. 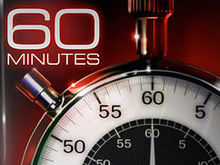 In a recent 60 Minutes story titled “Day of Reckoning,” Meredith Whitney, one of the most respected financial analysts on Wall Street, cautioned that the looming financial crisis involving state and local governments “next to housing is the single most important issue in the United States, and certainly the largest threat to the U.S. economy.” 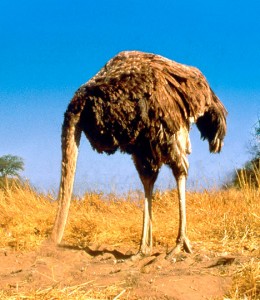 What’s so hard about this? Nothing we do is paid for when we do it. To borrow and put the pain off until tomorrow has become an ingrained national character trait. The money Mayor Bloomberg has identified as available to fund the health care bill isn’t coming from his personal fortune. And since there are no surplus, uncommitted funds lying around, and he can’t (or won’t) identify the obligations that face the axe as a result of this bill, it doesn’t take a doctorate in economics to conclude that this is just another example of convenient double-speak.

As in all things American today, we have no answer except to ignore the reality around us. Turning our backs on the day of reckoning isn’t working, and no one of any political persuasion has a solution.

What do you suppose it will take to reverse the descent into irreversible bankruptcy?