Troubles in the Cockpit 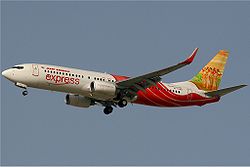 In May, 2010, an Air India Express 737-800 ran off the runway at Mangalore Airport, slid down a steep embankment and exploded in the jungle. The cockpit voice recorder provided a chilling picture of crew incompetence.

As documented in a Court of Inquiry probe, the captain slept for much of the three-hour flight out of Dubai. He was snoring loudly and woke up not long before attempting to land in heavy rain. Investigators concluded the captain suffered from “sleep inertia,” a physiological state characterized by a decline in motor dexterity and a subjective feeling of grogginess immediately following an abrupt awakening. The impaired alertness may have interfered with his ability to perform mental or physical tasks.

I’d say so. He ignored warnings from his copilot “to abort” and “go around.” As the aircraft touched down about 5,000 feet down a 7900-foot runway, the copilot said, “We don’t have any runway left.” Investigators also determined that if emergency braking had been applied, the crew could have stopped the aircraft on the runway. But in the last of a series of mistakes, they attempted a go-around. Crew error, pure and simple.

Work and rest rules were a contributing cause. In June 2008, an Air India plane flew 200 miles past its destination while both pilots slept. As of this writing, no evidence has been provided to support or dispel concerns that the pilots’ schedules lacked ample opportunity for adequate rest prior to the flight. Based on my experience flying commercial airliners, I can easily conclude that long crew duty days and short rest periods played a role. And so did culture.

Not so long ago in the United States, commercial airline captains ruled cockpits with heavy-handed dominance. Luckily for pilots and passengers alike, this absurd notion of “the captain is always right” flew into the sunset, to be replaced by the concept of crew resource management and a collaborative effort in which copilots and flight engineers are expected to speak up and be listened to.

Although some may consider this to be speculation, I submit that the copilot’s warnings are clear evidence that he recognized the danger and voiced his concerns, only to be ignored by the captain, who was not sleep deprived nearly so much as blinded by arrogance and unwillingness to accept the fact that he had botched the approach and landing. The copilot should have taken control of the airplane and initiated the go-around. His failure to act cost the lives of 158 of the 164 persons on board. 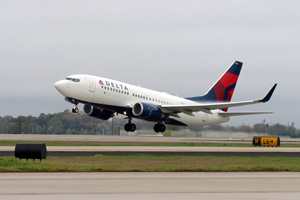 In a another instance of cockpit troubles, thankfully free of tragedy, a Delta Airlines flight that was supposed to leave the Los Angeles International Airport last Sunday remained on the ramp until long after its scheduled takeoff. The problem was security. You may be thinking that the new TSA procedures were involved, but you’d be wrong.

Cockpit security was so tight that not even the pilots could get in. There are conflicting reports about exactly what happened, but early indications based on phone calls from passengers to news agencies suggested a crew member was locked behind the bulletproof door. Later reports only mentioned that the crew was locked out for four hours while mechanics worked on it. 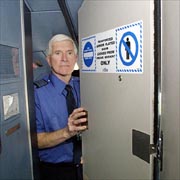 Delta later confirmed the incident but didn’t elaborate on what went wrong with the door. The aircraft had been towed to the gate from a “remote location,” according to Delta spokeswoman Kristin Bauer. “It was then discovered that the cockpit door was locked,” Bauer told KTLA. “A maintenance worker was brought in to unlock the door.”

The good news is that the doors are effective in doing what they were designed for . . .keeping people out.