As an aviator with a penchant for history, the history of aviation has always fascinated and intrigued me. In terms of its effect on the world, development of the airplane has to be considered one of the truly singular events that changed the course of of mankind’s existence on this planet.

Historians have so meticulously documented the individual contributions of designers, engineers, aviators and world events to the advancement of aviation that nothing I write here can even dream of adding anything new. My purpose, therefore, is only to acknowledge the contribution of one man, Win Perkins, to our understanding and appreciation of an event whose impact on aviation cannot be overstated. At the end of this post you will find a link to one of the most interesting videos I’ve seen come over the Internet, forwarded to me by my friend and fellow aviator George Wilhite. Before you take a look, I’d like to set the stage with a bit of backstory. 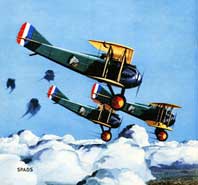 From the tragedy and ashes of World War I arose two factors destined to collaborate in a risky relationship of bravado and daring. Young men who had only a few years before never been more than a short distance from home had learned to fly a new-fangled contraption known as the airplane and launched it into the world’s consciousness during combat in the skies over Europe. Following the armistice on November 11, 1918, these young men and their flying machines descended on America like a group of partygoers all dressed up with no place to go.

Can you imagine them returning to the farm to milk cows or plant cotton? No, their world had changed forever, and they proceeded in short order to haul the rest of mankind along with them into the realization that a new age had dawned. 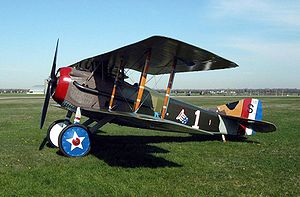 And so began the time of barnstormers and speed kings. How fast can we go, how high can we fly, who will be the first to create and perform the newest  daredevil stunt? Without trying to tell that story here, suffice it to say that the idea of trans-oceanic flight ranked at the top of the list when it came to capturing the public’s attention.

Win Perkins, a real estate appraiser who specializes in airport properties, has posted on his Web site a four-part video he created of Charles Lindbergh’s famous and risky flight across the Atlantic Ocean in the Spirit of  St. Louis. According to Perkins, Part 3 is unlike any other presentation of the takeoff footage ever seen. Perkins says he “painstakingly assembled news footage from five cameras that filmed Lindbergh’s takeoff from Roosevelt Field, Long Island, NY, and mixed it with enhanced audio from the same newsreel sources.”  Part 4 is an amalgamation of newsreel footage and never-before-seen still photos documenting “Lucky’ Lindy’s arrival in Paris. 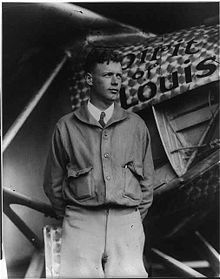 Lindbergh, by A. Scott Berg, is a marvelous biography of an extraordinary man whose life never fully recovered from the sudden idolatry heaped upon him by no less than most of the entire population of the world. The synergistic effect of rapid advances in communication and aviation coalesced around Lindbergh to create the first-ever true public hero, who couldn’t find anyplace on the globe to escape the attention he hated and regain the privacy he craved. If you have any interest in this period of aviation and its effect on world history, I highly recommend this book.

As for the video, when you click on the link, episode #3 comes up ready to play. If you first click on “CONTACT” in the menu to the left, it takes you to a menu showing all four parts. Select #1, then watch them in order.

To watch in “full screen” mode, click on the box in the lower right corner of the partial video screen. When you reach the end of that part and see the “PLAY AGAIN” command, the “ESC” key on your computer returns to partial screen mode. Close the partial window with the “close” command in the top right corner, then click CONTACT to bring up the four-part menu again to repeat the process for viewing the next part. If you have even a passing interest, it’s more than worth a few clicks.